Man in custody after hours-long SWAT standoff in Birdland neighborhood

After several hours, the SWAT and Emergency Negotiations teams worked to de-escalate the situation until shortly after midnight, police said. 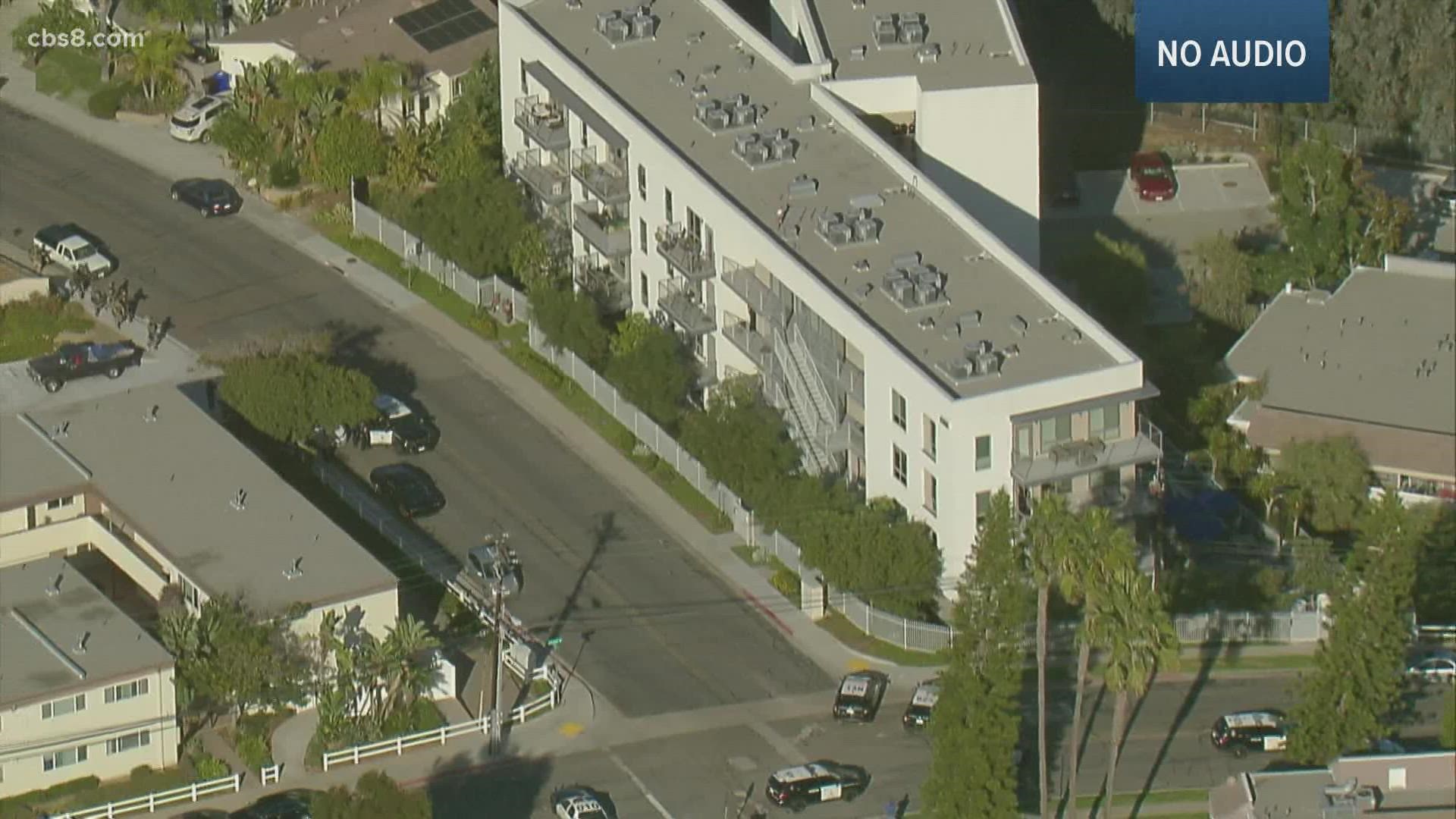 SAN DIEGO — A man was behind bars Wednesday after allegedly threatening a woman with a gun following a nearly 10-hour standoff with police in Birdland.

Early Wednesday morning, the San Diego Watch Commander confirmed the SWAT standoff in Birdland was over, streets are back open and residents are back in their homes. Reports of a man with a gun making threats at a Birdland-area apartment complex prompted SWAT activity Tuesday afternoon which lasted into early Wednesday morning.

Officers with the San Diego Police Department were called to an apartment in the 2600 block of Cardinal Drive after reports of a man threatening a woman inside a unit with a gun at around 2:30 p.m. Tuesday, police said.

After the stalemate had gone on for more than an hour, police commanders called in a SWAT team to take up positions around the residential complex. Officers also closed several blocks of roadways in the area to through traffic pending resolution of the emergency.

When they arrived, the man retreated into an apartment and ignored repeated orders to surrender, SDPD Sgt. Kevin Gibson said.

After several hours, the SWAT and Emergency Negotiations teams worked to de-escalate the situation until shortly after midnight, police said.

Matthew Scott Lee, 25, was arrested on suspicion of assault with a deadly weapon, criminal threats, being a prohibited person in possession of a firearm, violating the conditions of his probation, committing a felony while out on bail, and various charges relating to the illegal manufacturing of firearms, Lt. Adam Sharki said.