Teen, 17, accused of shooting 19-year-old woman to death in car

Detectives allegedly located a firearm in the car and arrested a 17-year- old male occupant of the vehicle on suspicion of murder. 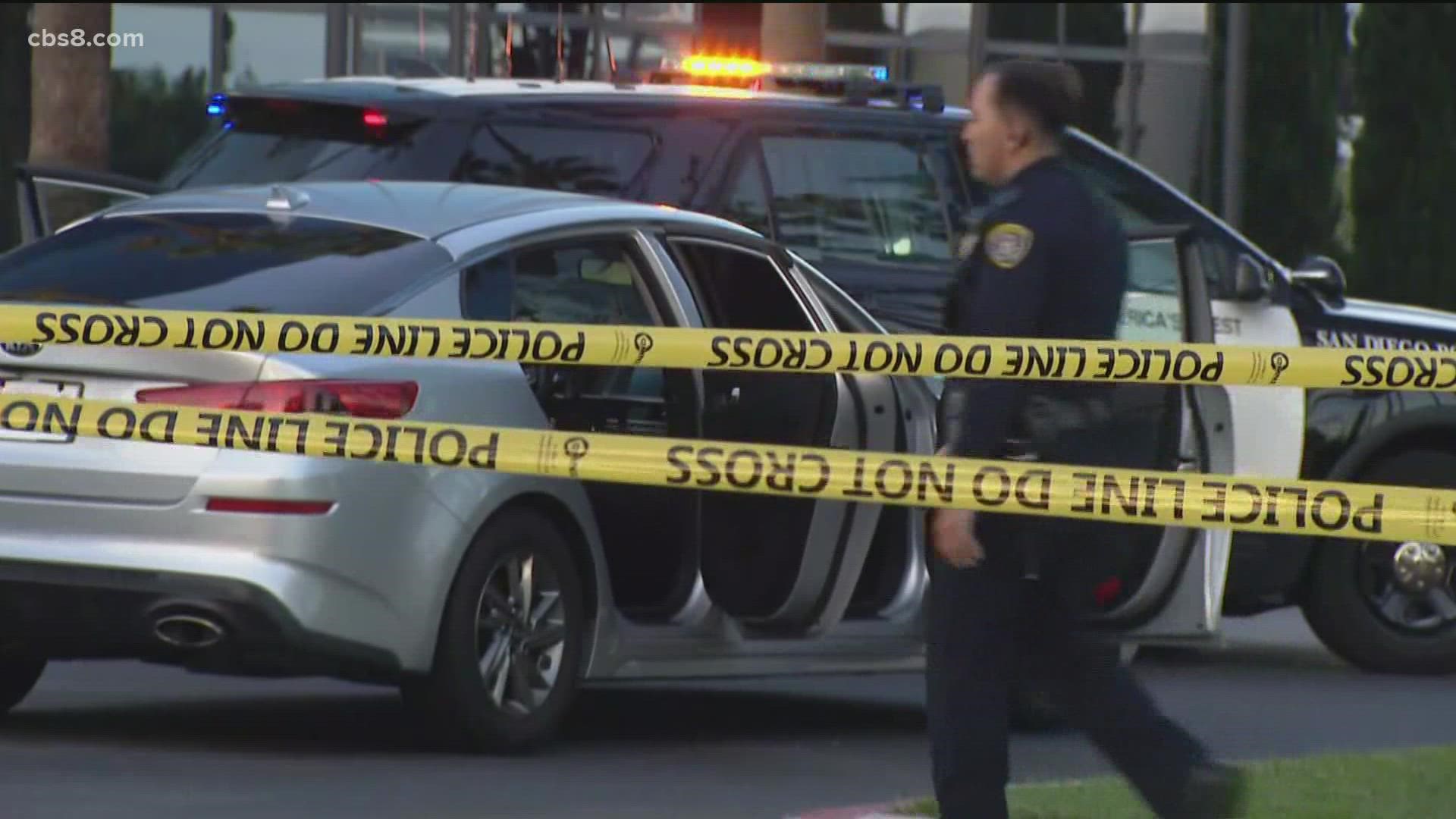 SAN DIEGO COUNTY, Calif. — A 17-year-old boy is under arrest for allegedly fatally shooting a 19-year-old woman inside a vehicle, police said Saturday.

Just before 6 p.m. Friday, police received a call that a person had been shot inside a vehicle at 4660 La Jolla Village Drive in University City.

Officers from the Dan Diego Police Department's Northern Division arrived at the location and found a 19-year-old Hispanic female in the front passenger seat with an apparent gunshot wound to her upper body.

They immediately provided first aid until San Diego Fire Rescue personnel arrived and took over life-saving efforts. The victim was rushed to a hospital, but was pronounced dead just after 6:15 p.m.

Homicide detectives said the victim and two companions were traveling westbound on Miramar Road near the Interstate 805 on-ramp when the woman was shot.

Detectives allegedly located a firearm in the car and arrested a 17-year- old male occupant of the vehicle on suspicion of murder.

The victim, a San Diego resident, has been identified, however her name is not being released at this time.