As the investigation into Monday’s boat fire off the the Southern California coast continues, many are wondering how so many people became trapped. 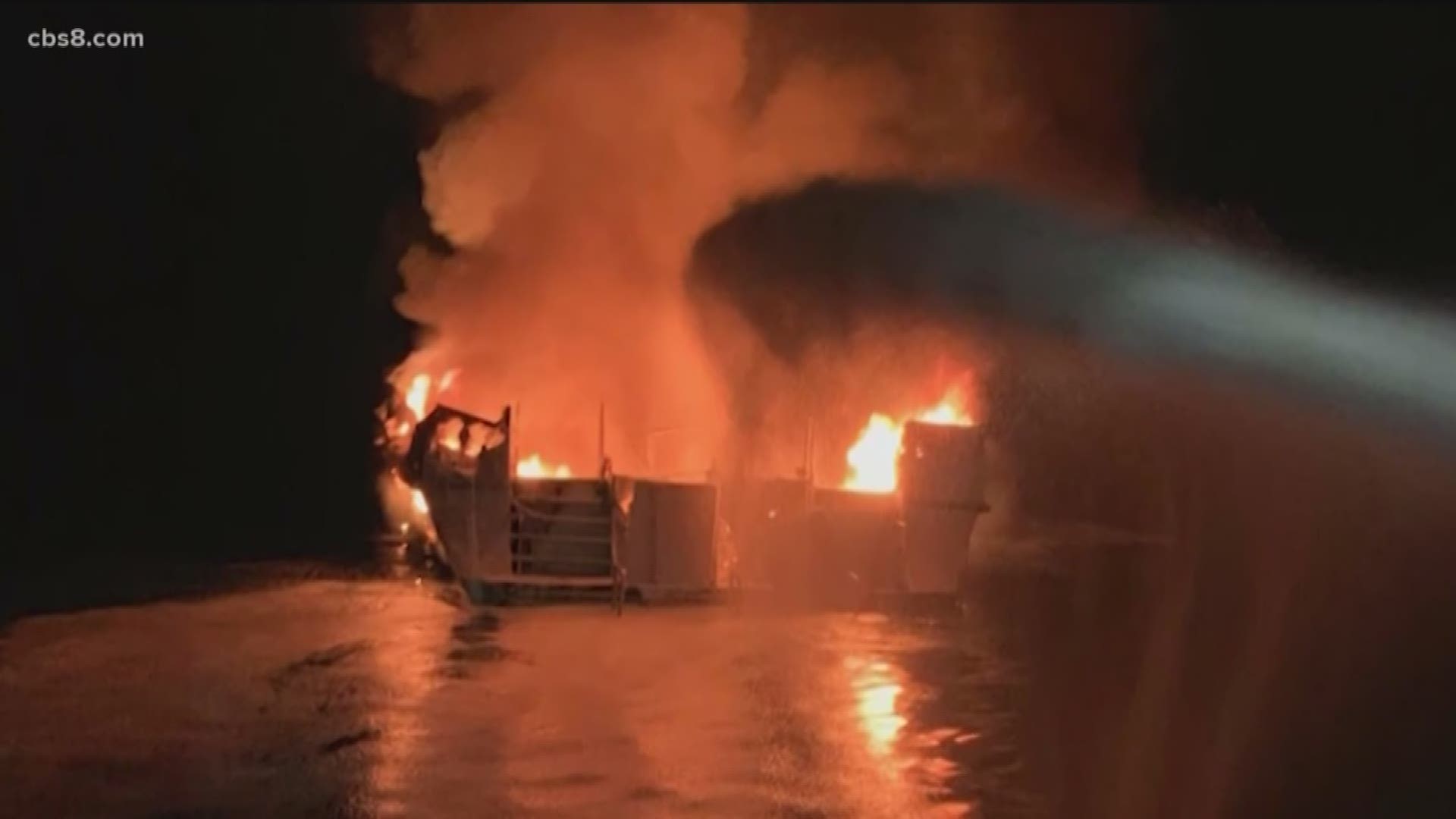 SAN DIEGO COUNTY, Calif. — As the investigation into Monday’s boat fire off the the Southern California coast continues, many are wondering how so many people became trapped.

Calls for help during Monday's boat fire near Santa Cruz Island indicate there was no way out for the 34 victims now presumed dead. During a news conference Tuesday, officials said while there were no locked doors, the fire was just too intense.

According to Santa Barbara County Sheriff Bill Brown, "There was stairwell to get down the main entryway and there was an escape hatch and it appears both were blocked by fire."

News 8 obtained cell phone video from inside the Conception that shows what that stairwell would have looked like. It was taken by a friend of local dentist, Dr. Weston Spencer, during a dive trip the two took last October.

"It would have never crossed my mind that this is how something bad would happen on that boat."

Dr. Spencer described the sleeping quarters inside the 75 foot, 3-deck boat. He says the stairwell to and from that area, which leads to the galley, is wide open. Though, passengers would have to exit the galley to actually get off the boat. Despite the fire, he wonders how it's possible so many people were unable to escape.

"There would have to be a massive blockage for you to not be willing to go about anything to get through the big exit space."

Dr. Spencer has been on the Conception twice, with another trip booked for next month. He's not aware of any escape hatch, but says, the crew always went over safety measures with every single passenger on board.

"My experience was I knew where to go, how to take care of myself and what to do on that boat and they did everything they could to make sure I was aware of that."

At this point, it's unclear what started the fire. The victims were sleeping at the time. Meanwhile, the crew was awake on the top deck.

Dr. Spencer says his heart goes out to everyone involved, saying he had envisioned taking his children on a diving trip aboard the Conception one day.

Coronado woman among family of 5 killed in Southern California boat fire Nicole Quitasol worked as a bartender at Nicky Rottens in Coronado. She and her sisters were on the trip to celebrate their dad's birthday.