Just one day after the guilty verdict, Black men in San Diego are speaking out about it. 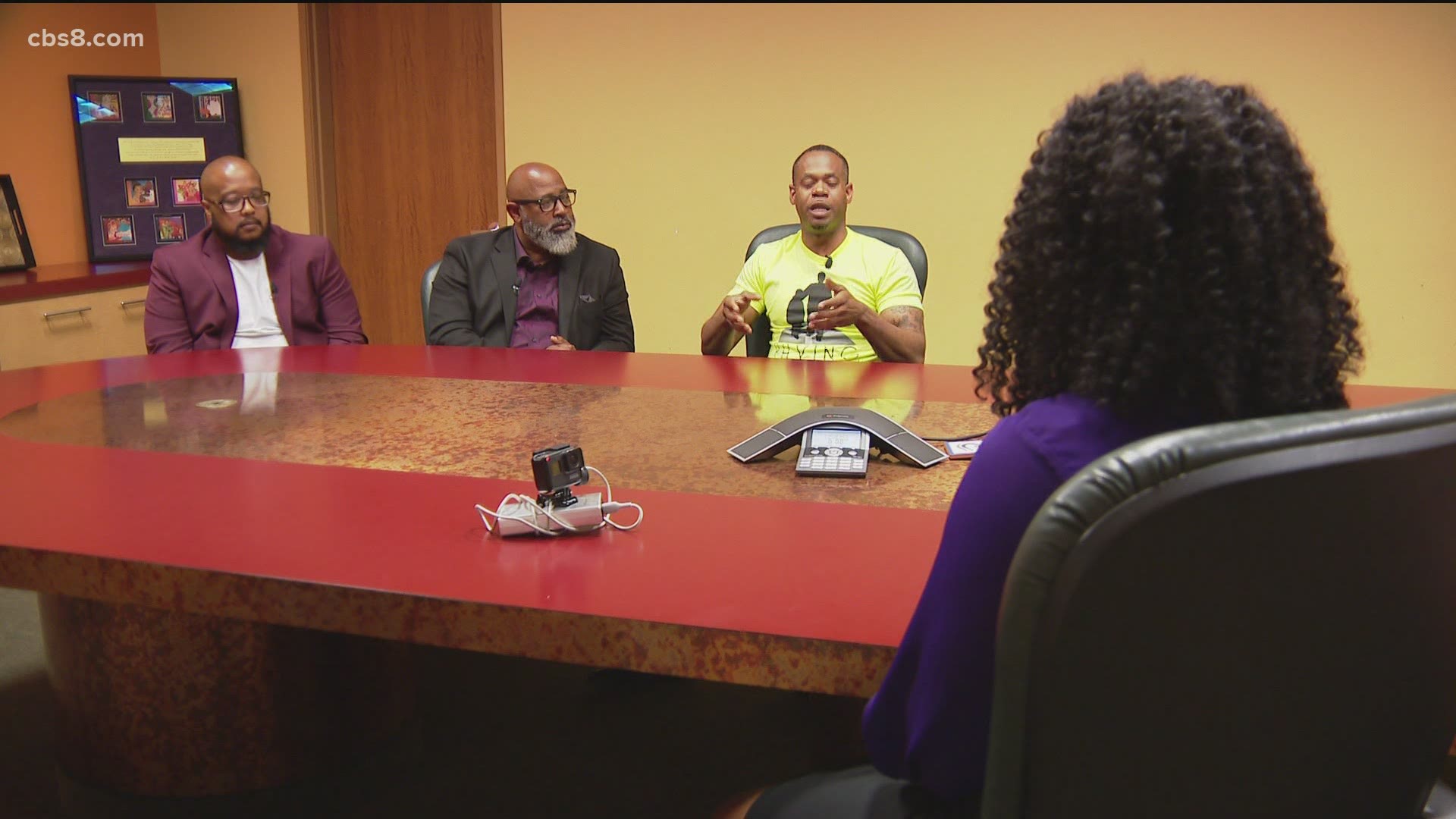 SAN DIEGO — People are still reacting to the guilty verdict of Derek Chauvin and here in San Diego, Black men are speaking out about the effects a case like this has had on them personally.

News 8's LaMonica Peters sat down with a few of those men to listen to what they had to say about the entire case.

The impact that the case has had on Black men, in particular, is not often discussed. Just one day after the guilty verdict, Black men in San Diego are talking about it.

Mike Polite, Tony Young and Armand King sat down with News 8 to discuss the killing of George Floyd and the trial of former Minneapolis police officer Derek Chauvin. Though fully engaged in the case, they say seeing the video and watching the trial was personally traumatizing.

“It’s heartbreaking, it makes you feel hopeless, helpless and the people who you’d normally cry out to for help, are there murdering this man,” said Mike Polite, a marketer and community activist.

King said historically, Black men have been on the receiving end of excessive force from police and Floyd’s case isn’t an isolated incident.

“Some jobs you just can’t have bad apples. You can’t say with these pilots, some of them crash and some of them don’t. No. We don’t want anybody crashing,” said Armand King, C.O.O and co-founder of Paving Great Futures, a community outreach organization that offers educational programs, job training and mentorship.

Young, Rise San Diego's President & C.E.O., said video has brought more transparency to policing but he can attest to the times as a former San Diego City Councilman, that proving excessive police force was nearly impossible.

“I remember as a city councilman, there were many times where a police officer would be accused of doing something like this. However, there was no video and it would be his word and the person who was accosted's word and it was always dropped. So, this was a seminal moment for us,” Young said.

Chauvin was found guilty on all three charges and King said he always believed Chauvin would be found guilty. Polite said he had a completely different response.

“When the verdict came down, I parked my car and I cried. I balled and my daughter was in my car with me. I think she kind of understood but I explained it to her. It means that should I meet my end at the hands of an officer, that now there’s a chance that he be held to account," he said.

Derek Chauvin is likely to be sentenced in about eight weeks and he could be facing anywhere from 10 to 40 years in prison.

WATCH: See below for the entire conversation News 8's LaMonica Peters had with Mike Polite, Tony Young and Armand King