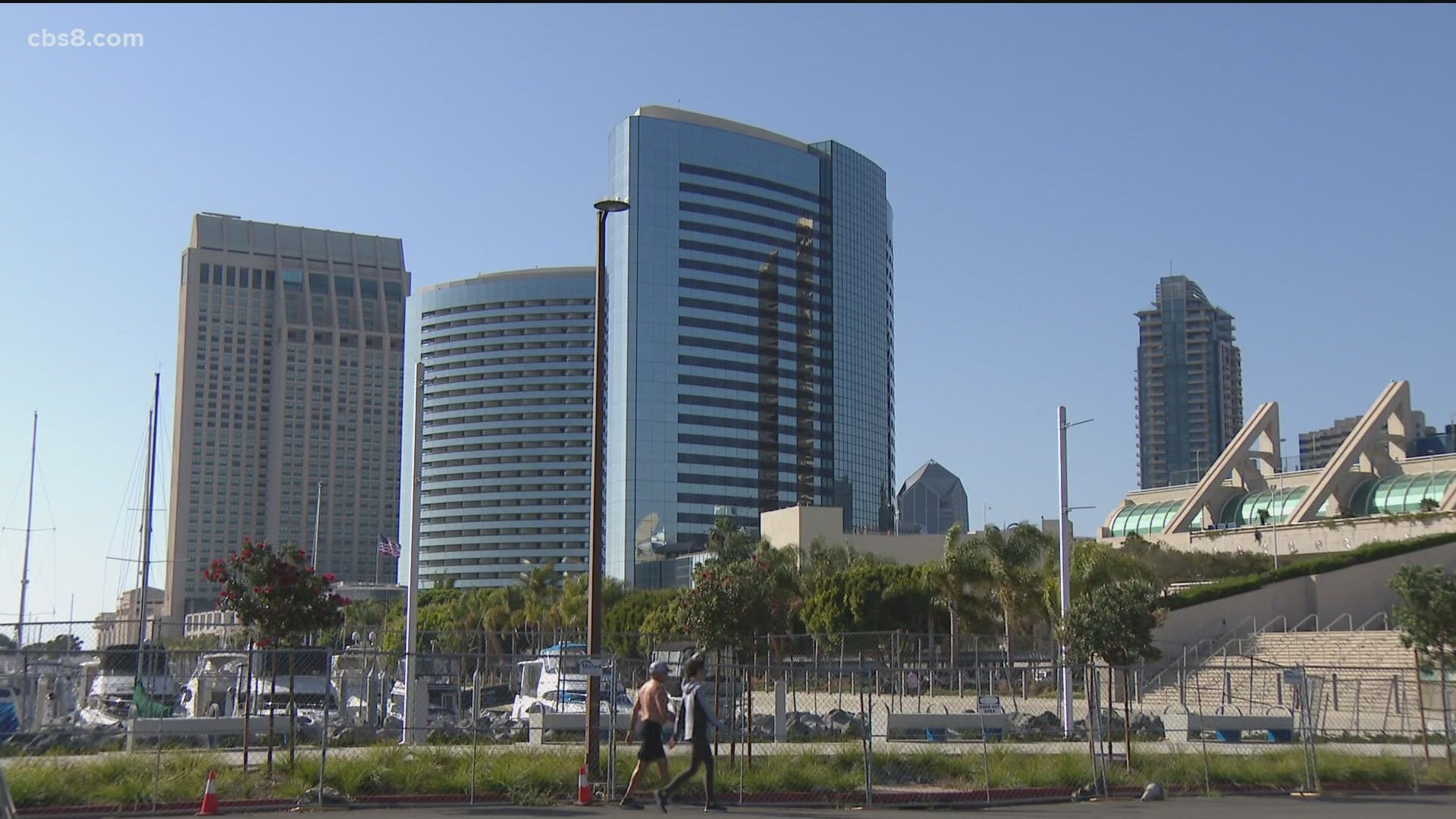 SAN DIEGO COUNTY, Calif. — Before COVID-19 struck, San Diego's tourism industry was the county's second-largest employer. The economic shutdown forced by the pandemic, though, has had a devastating effect on thousands of local hotel workers, and its impacts are still being felt.

Leading up to the pandemic, according to Julie Coker, head of the San Diego Tourism Authority, our county boasted 200,000 travel-related jobs.

"Literally at the height of the pandemic, 70,000 of those jobs were lost," Coker told News 8. "And most of those are hotel workers."

Thousands of those hotel employees still remain out of work.

"Our folks were already barely making it before the pandemic," said Brigette Browning, president of Unite Here Local 30, which represents San Diego's hotel and hospitality workers, who have been disproportionately impacted by COVID. "In some cases, we had members who lost their lives, so it has been really devastating for us."

"They were really on the verge of homelessness in many, many cases," she added.

The majority of hotel employees in San Diego, according to Browning, are immigrant workers, often with limited English skills.

"I think oftentimes that immigrant workers are not the foremost in people's minds, unfortunately, even though our economy could not exist without them," Browning told News 8. "I do feel that oftentimes, our folks are not really visible."

Federal lawmakers, however, are taking notice of the need to assist the hotel industry on a nationwide level.

"We are hopeful but we got a ways to go," said San Diego Congressman Scott Peters, who said he will be taking a close look at a bill introduced this week called the "Save Hotel Jobs Act."

This proposed legislation would provide up to three months' worth of direct payroll grants, and would also provide a tax credit to workers to help cover some of the costs of personal protective equipment and other pandemic-related expenses.

"I think that sounds reasonable," Rep. Peters told News 8. "Of course I want to take a look at it before I sign on, but that's the kind of thing we'd like to see more of to help our hotels and hotel workers."

Here in San Diego, while leisure travel is beginning to return, it will take the return of business and convention tourism to bring back a large number of hotel workers still in limbo

"Throughout California, it is especially hard for our meetings industry because Florida and Texas are fully open and have tens of thousands of people at a convention," said Namara Mercer, executive director of the San Diego County Lodging Association. "We can't do that yet."

According to the San Diego Tourism Authority, it could take anywhere from three to five years for our area's tourism and hospitality industry to make a full recovery.

Browning, though, is concerned that, even with that recovery, not all hotel workers' jobs will return. Some of this is due in part to a move toward automation, as well as downsizing trends, that had been in play even before the pandemic struck.

"I think we are going to see a lot less work for our folks in the future, unfortunately," Browning said.