The rage behind the riots: San Diego community activist responds

Local community activist, Tasha Williamson, is pushing those in power to hear those who are unheard. 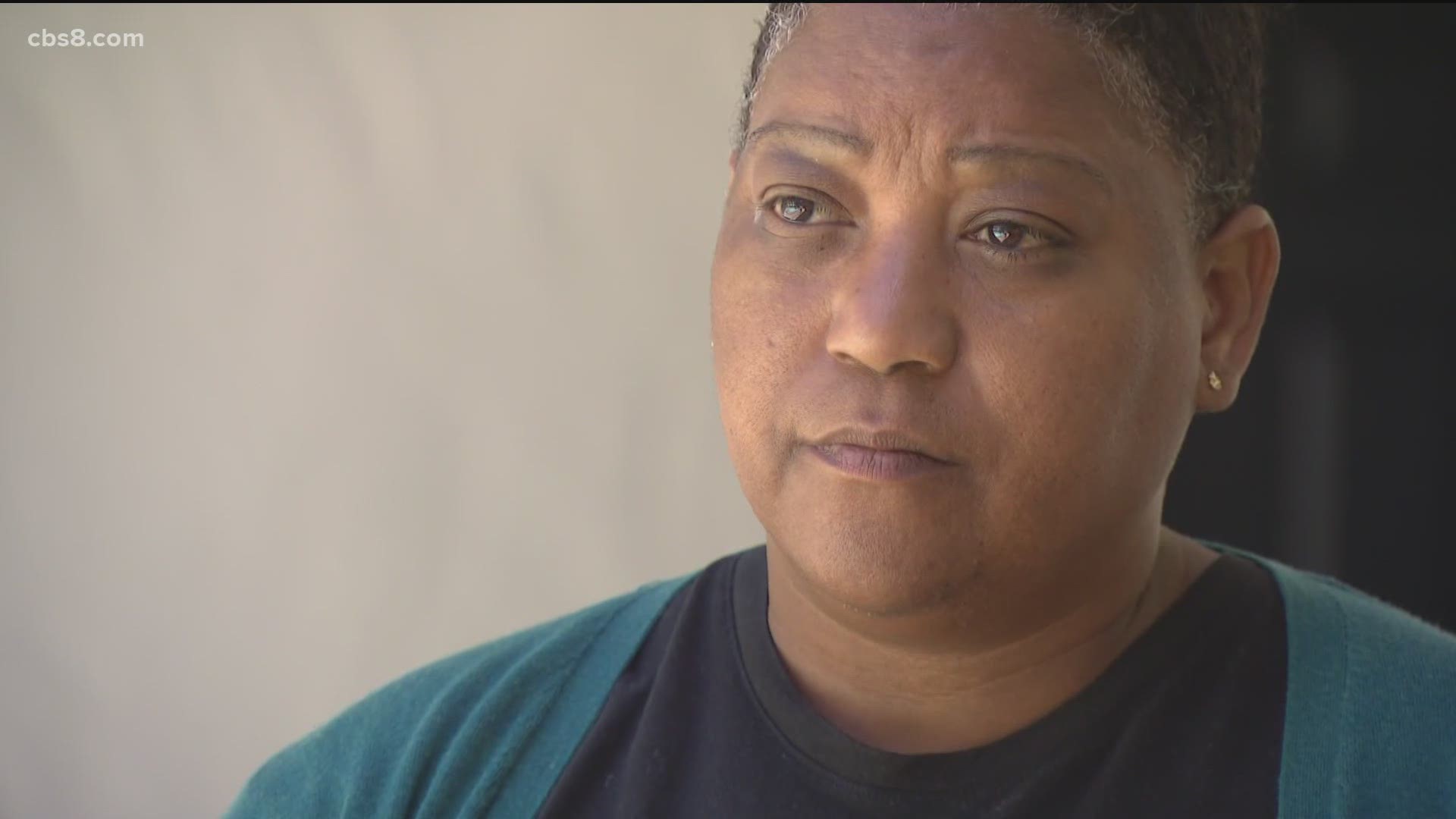 SAN DIEGO COUNTY, Calif. — For many, George Floyd's death has further highlighted problems around police brutality. However, for a real understanding, local leaders in San Diego say you must examine broader structural inequality throughout society.  News 8 reporter Brandon Lewis spoke to Tasha Williamson, local civil rights leader and activist about the underlying issues that brought us to this moment.

This is a portion of the conversation with Tasha Williamson.

Brandon Lewis, News 8: Dr. Martin Luther King Jr. once spoke of two Americas in a 1967 speech saying "riots are the language of the unheard".

Tasha Williamson: What's still not being heard, do you think? The fact that we want change. The fact that we're asking for de-escalation. We're asking for you to treat us like human beings. We're asking for you to remember that we are human beings, that we are civilians, to not shoot us and kill us and murderer and slaughter us while we are unarmed. That's what we've been asking. We've been pleading. We've been crying.  We've been traumatized and no one was listening. No one was listening and they're still not listening here as people were protesting and demonstrating. They released one of their deputies who sexually assaulted 18 women. He was sentenced to five years and they released him.  The burning down of their precious buildings.

Brandon Lewis, News 8:  So how did what happened to George Floyd equate to the response that we saw in the streets with people protesting?

Tasha Williamson: I mean, basically for us, we've had George Floyds in San Diego for decades, for generations all over this nation. So George Floyd is just another body, just another name. But there's been many George Floyds, beyond that all over in including here in the city and county of San Diego. So I think that what you saw over the weekend and what you'll see in the future and the level of violence that you saw is because people are tired. Pastors have prayed. We've done everything that we've got to do. And it's the level of violence that it took for it. Now, chiefs of police and mayors want to defund police departments, want to talk to community members about changing policy, and the way that their officers do that de-escalate when they come across black men, black women and black children. And so you see a nation that is saying "we are tired." And many of us, as activists and leaders do not care that buildings were burned down. We care about bodies that are in the ground.

Brandon Lewis, News 8:  So we'll need to talk a lot about the policing issue here. But is this just a policing issue or does this go deeper as a systemic issue?

Tasha Williamson: This is definitely not just a police issue as a system, this issue. And until they change every system, that's why we're asking for them to be defunded, because we want that money brought back to the community. They breached a contract. It was a public safety contract. They said that we would be safe. And then they unleashed their old officers on us. They unleashed rapists [and] killers.

That's what they unleashed when they unleashed their officers on us because that's what they did to us. So, they damaged us and we want that money back. We are saying that you no longer need the same amount of money that you get because you are not responsible with it, because you breached contracts with me. And so we are asking for that money to go back into the community so that the community can become whole [and] can use it for resources to keep people in their homes - to make sure people have services and all the things that they need to help them, whatever it is - mental health, health care, whatever it is that people need. We're asking for their money back because there is a contract between police and the city for public safety. And you know, and I know that that public safety has been void.

We want officers to be afraid of their freedom, of their career, of their homes, of losing their family just like we are. And when that happens, there would be absolute fear every day, on their minds and how they treat everybody in the streets, no matter what color you are.