From the News 8 archives, we unearthed some clips featuring female stars of the silver screen visiting San Diego over the years. 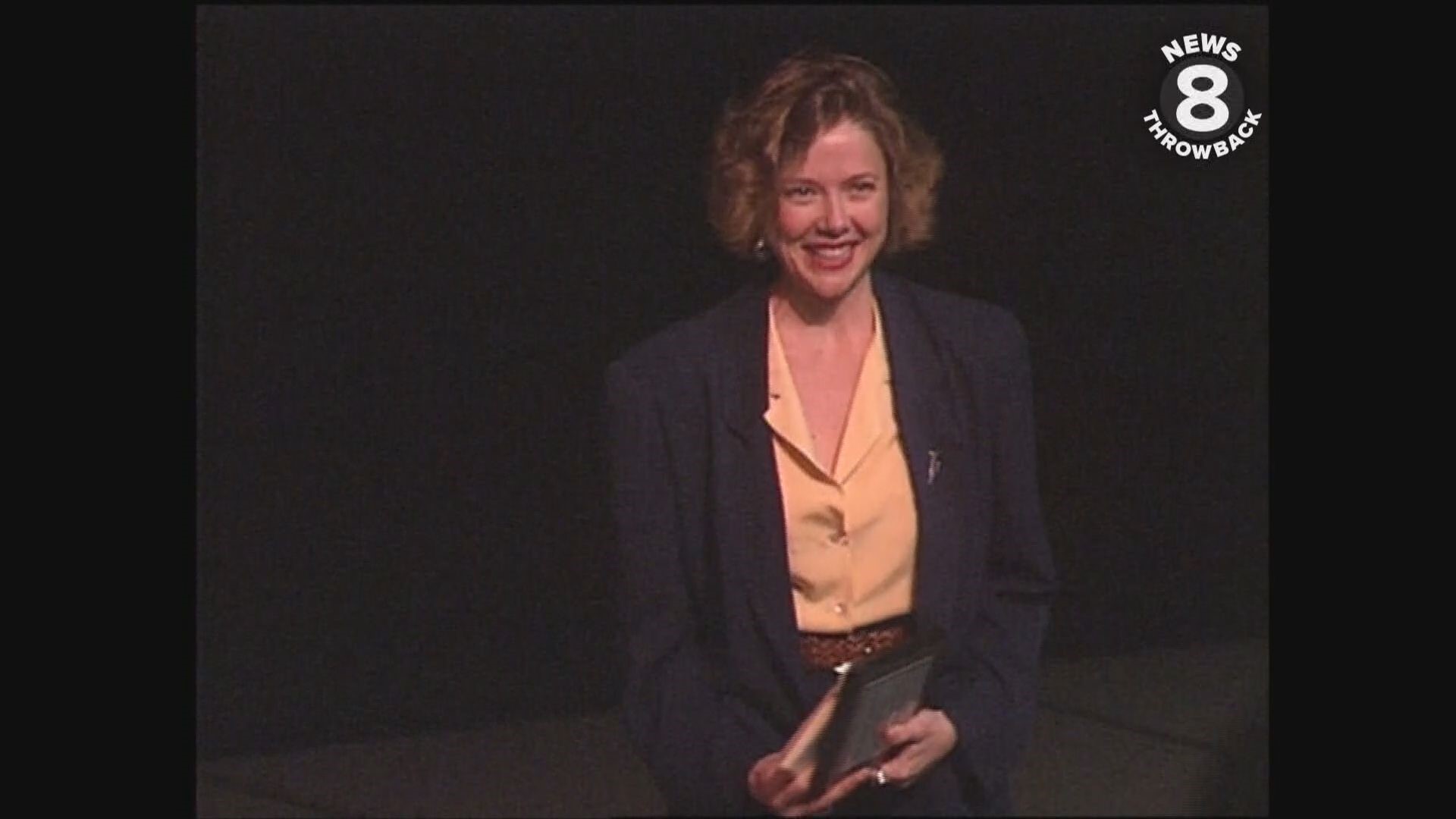 SAN DIEGO — San Diego has been a destination for many celebrities over the years – and even a home to some. Our News 8 archives are full of celeb sightings over the years which we’ve shared in throwbacks before. For this edition, we unearthed some clips featuring female stars of the silver screen visiting San Diego over the years.

Farrah Fawcett – then Farrah Fawcett Majors – visited San Diego in the summer of 1977 for a tennis fundraiser that featured other famous faces. Farrah participated in the National Horsemen's Benevolent and Protective Association’s benefit for “the ill and aged of the horseracing business” as did singer Burt Bacharach, jockey Willie Shoemaker, actor-director Cornel Wilde, actor-musician Desi Arnaz and actor Ron Ely. The actress didn’t give any interviews that day due to a court injunction in connection with a dispute over her “Charlie’s Angels” contract, but she did sign autographs for kids and showed off her tennis skills - and her famous hair.

Model and actress Brooke Shields has been well-known for decades appearing in the controversial film “Pretty Baby” when she was just 12 years old and modeling through her teens. In 1981, Brooke was in San Diego to discuss her role in “The Blue Lagoon” which had been released the year before. News 8’s John Culea interviewed the then 16-year-old Brooke about her risqué scenes in the film and how she coped with the rigors of fame.

Another look back at the beautiful Brooke Shields: in 1983, the famed actress was in San Diego for something far different from moviemaking. Brooke was a senior at Dwight-Englewood School in New Jersey and when it came time for summer independent study, she landed herself a three-week internship at the San Diego Zoo – with some help from Joan Embery. In this piece Brooke talks about being put to work cleaning cages and feeding animals and the animal-lover is also seen caring for a precocious koala.

Award-winning actress Annette Bening visited her once home of San Diego in 1991 visiting Mesa College where she studied and participated in theater arts. "The Grifters” star’s former drama teachers offered words of praise as they honored her with an Outstanding Humanities Alumna award for her achievements. The always poised actress also led a workshop for Mesa students passing on words of wisdom 15 years after she attended the school. News 8’s Chris Saunders got some facetime with Annette even asking her about her upcoming role in “Bugsy” and if her mama had warned her about working with notorious ladies' man Warren Beatty. “Everyone’s warning me about working with Warren Beatty,” she laughed. Of course, Annette went on to marry Warren just a year later and as of 2019 the two are still going strong and have four children together.