An area once full of lemon and citrus groves, Chula Vista has grown to a buzzing pillar of the San Diego metro. We revisit Third Avenue, Eastlake, and look forward. 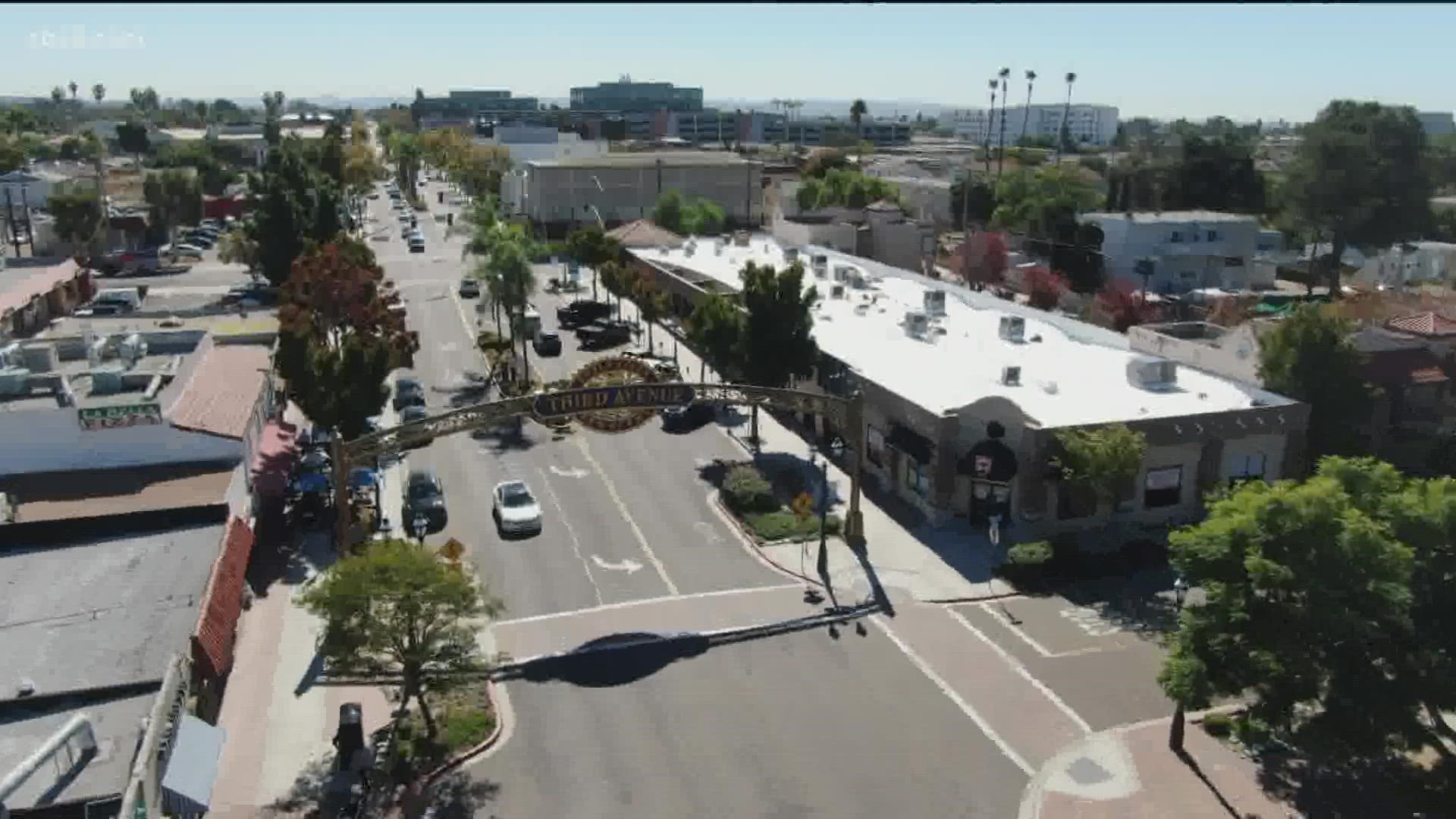 CHULA VISTA, Calif. — With its beautiful view, Chula Vista is the queen city of the South Bay.

In the metro area, it's second in size only to San Diego, with nearly 270,000 people, and a cultural hub for Latinos and growing businesses. And it all started from humble beginnings when lemon groves covered the land.

"There used to be the train going down the street. The freight train because you had a lemon packing plant a few blocks away," reminisced Joe Raso, one of the owners of La Bella Pizza Garden on Third Avenue. "My dad opened it up in 1955. I was a little kid with a push broom and it was mom and dad, and that's it for about a year."

The pizza shop has cornered the building at the intersection of Third and G streets for nearly 70 years. In 1994, Joe's mom, Kitty, showed us around.

"I had eight children, six of them were born before I was 24 years old," she told us back then. "When my husband passed away, I was a widow, and then I met Tony."

On top of interesting life stories, she had lots to say about her beloved Chula Vista.

"We have everything here," she said. "Anything you want, you can get it here."

Walking down the same sidewalk, Joe remembered the old times.

"People used to stroll," he said. "I remember people walked with their hands behind their backs."

While the pacing of life has changed, La Bella's (as it's called) has mostly stayed the same; cooks spin dough and top it with all the usual goodies, and the clientele has stayed faithful.

Inside the halls of the main dining room, pictures tell the story of the pizza shop-- and the surrounding neighborhood through the years.

Mayor Mary Casillas Salas, born and raised in the city, remembered it fondly when we showed her our story on Chula Vista from years past.

"It kind of threw me back to my younger days because when you showed the Marston one for example, that turned into a Broadway. I was a senior in high school and got my first part-time job there," Salas said. "It was really cool. I mean to work for the Broadway at that time was really fun."

Salas has lived on Davidson Street since the early 2000s and considers Third Avenue her neighborhood. She said although it's gone through some rough times - and the pandemic's economic effects - new businesses are moving in.

Mmm... Cakes, where we chatted, is one of them.

"I expect this area around here will be a lot more dense," Salas said. "A lot more urbanized."

These days though, Chula Vista isn't just Third Avenue. Eastlake - a community 15 minutes away - is still in the city, and growing. It was built in the '80s after a series of land annexations. It quickly grew with condos, apartments, and homes. In 1995, the Olympic Training Center opened nearby.

Decades ago, Rohr Industries was a manufacturing giant that employed quite a bit of people in the city, in turn helping to build the community around it. Today, Collins Aerospace sits in the same location and even employs some of the same people or their families.

"I used to work at Rohr," Connie Rascon-Gunther reminisced as she flipped through old pictures. "It was a company I started working at when I was a teenager."

She started working in 1979 while continuing her college studies at night. She started as a Fortran programmer, eventually becoming an engineer.

"I had a talent for fixing things and building things so I just fell into the right job for me," he said.

Rohr became a powerhouse employer in the South Bay, drawing engineers and other tech-forward companies to the area while keeping its small-town charm.

"Chula Vista was more like people really knew each other," Rascon-Gunther said. "Us being a Hispanic family, my cousins were living there and so we had all kinds of carne asadas on Sundays and those kinds of get-togethers."

"Chula Vista really has a lot of potential," Rascon-Gunther said.

Potential that's already being tapped. Work on the $1.1 billion Bayfront development is moving forward, with parks, a hotel, and convention space slated. Not to mention, new restaurants, breweries, and places for people to gather and socialize.