San Diego isn't known for it's weather, but we dug through our archives and found some days that weren't "72-degrees and sunny". 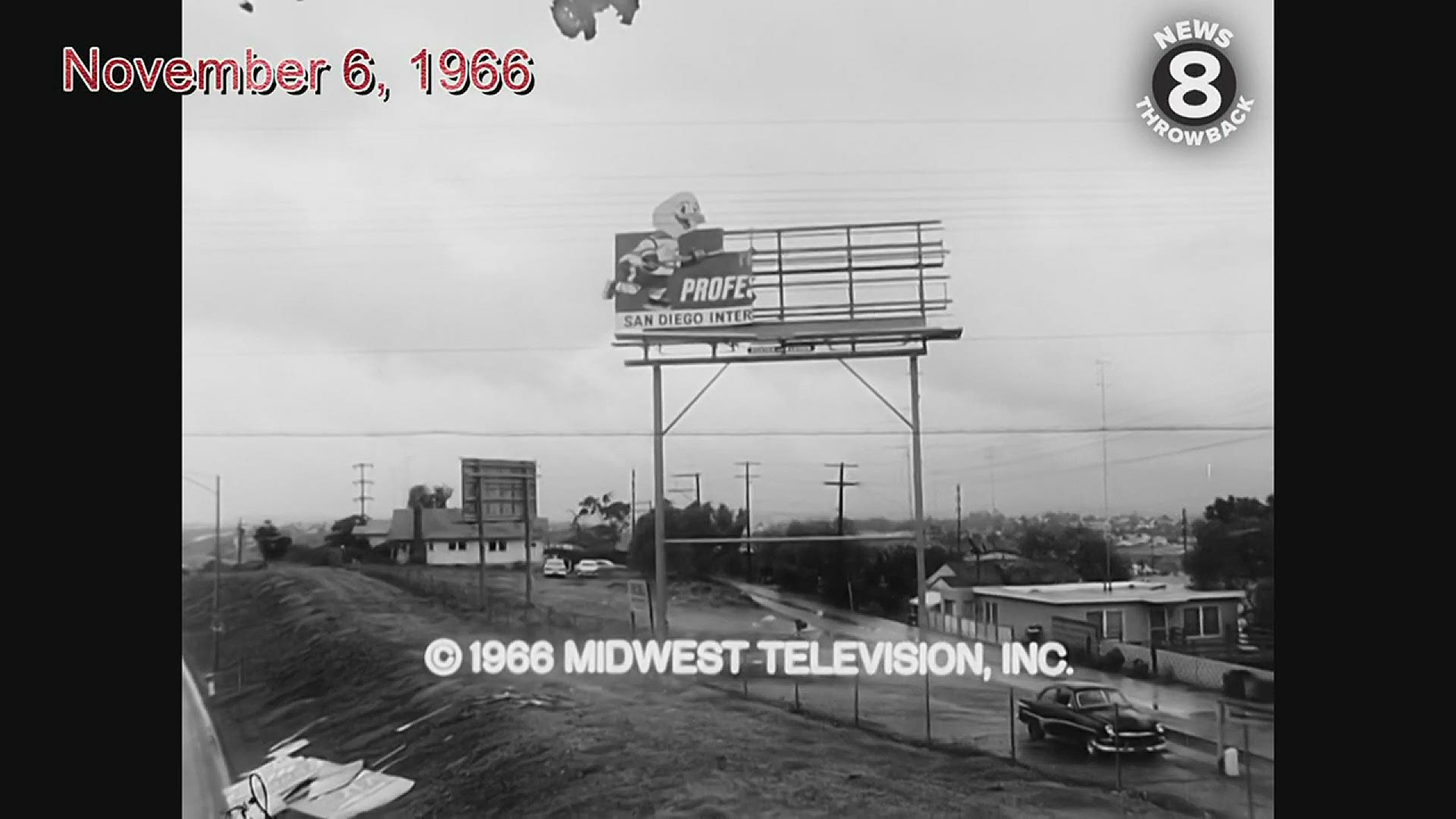 SAN DIEGO — San Diego may not be known for its weather but over the past 50+ years, there have been a few that stand out as not the norm.  Most people who live here and especially those that visit expect to have 72-degrees and sunny every day for 365 days a year.  While the weather usually does cooperate, we’ve gathered some unique weather events for this week’s News 8 Throwback.

Stormy weather in Mission Beach in 1983

On March 2, 1983, a storm off the coast sent the waves crashing on to the boardwalk along Mission Beach. The Hamels were trying to get more sandbags. Mission Beach residents banded together like they always do in inclement weather. The winter of 1983 was one San Diegans will remember for a long time. Dave Cohen reports.

On February 21, 1980, a winter storm brought flooding to Mission Valley and other areas of San Diego. In this throwback video, News 8 reported the San Diego River rose seven feet over a four-hour period causing businesses to shut down and hotels to evacuate guests.

Snow in the city of San Diego?!?

One of the most unique weather events in San Diego history, this footage from 1967 shows some very unusual weather in San Diego. On December 13, 1967, a powerful storm made the temperatures dip low enough that snowflakes were seen all over San Diego County. Do you remember the snow in San Diego? It has not snowed since this date in the city of San Diego.