News 8 looks into the history of El Cajon, and what it's like today. We revisit the featured locations from 1987. 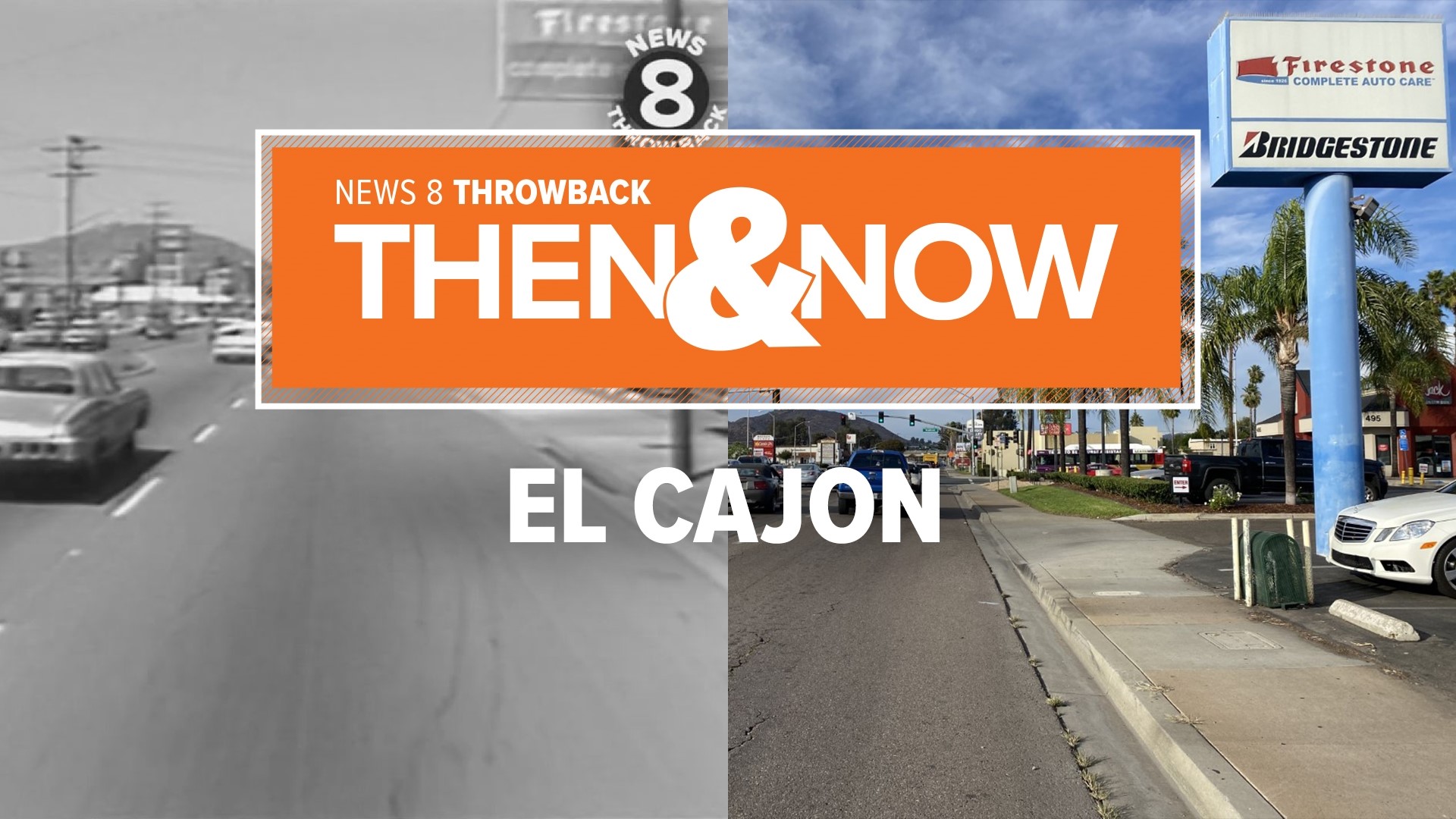 EL CAJON, Calif. — El Cajon has seen big changes over the last couple of decades, maybe more than any other community in San Diego County.

As part of News 8’s “Then and Now” series, our Carlo Cecchetto finds an East County city that has discovered a new vitality and energy, thanks to a wave of thousands of immigrants looking for a better life who discovered a new home.

Back in 1987, News 8’s Connie Healy visited El Cajon and found a city with a small-town feel.

These days, with more than 105,000 people living in the city and growing, unincorporated neighborhoods all around it, El Cajon isn’t much of a small town anymore.

Back in the day, El Cajon may have been best known for the Mother Goose Parade and the hot weather.

It also still had somewhat of a rural vibe. After all, it was first settled in 1868 by the Lankershim family, with the idea of subdividing it into wheat ranches. It was also a stopover for travelers heading to the Gold Rush in Julian in the 1870s.

Big changes started coming after World War II when it started to turn into a true suburb of San Diego, and that was given another boost when Interstate 8 rolled through.

The Knox House Museum is home to the El Cajon Historical Society. It was built as a hotel in 1876. If you’re looking for a place to give you real insight into El Cajon’s agrarian origins, it’s a great place to start with knowledgeable staffers and a wealth of incredible pictures.

A little more than a century after the Knox house welcomed weary travelers, El Cajon would welcome tens of thousands of Chaldeans looking for a better life. Chaldeans, mostly Iraqi Christians fleeing persecution in the Middle East, settled in El Cajon in two waves; the first, a small one starting in the late 1970s, the second, much larger, began after the United States invaded Iraq in 2003.

Mark Arabo was born in the USA after his parents fled war-torn Iraq in 1979. He said Chaldeans love the United States because it saved their lives by offering a new home and new opportunity.

"The Chaldean story is the immigrant story and the story where a community is welcomed from a far place around the world and welcomed with their faith and their food and their culture," he said.

It’s hard to envision El Cajon today without the Chaldean influence, you can see and hear it almost anywhere you go. Any initial discomfort with the surge of outsiders seems to have faded.

Arabo wouldn’t argue with that sentiment.

“I think the food also helped," he said. "I think food brings people together, and without a doubt, Chaldean food is delicious. This store behind us right now,  It's considered the Whole Foods of the Chaldean community.”

Arabo said food is an important part of Chaldean culture and has provided a great way to make a connection with the El Cajon community.

It’s clear that El Cajon has become a true melting pot, with an increasingly diverse population and economy and that’s a source of pride for Mayor Wells.

Mayor Wells isn’t the only one buying in, Yenni Flores just opened a new salon on Main Street, after she had to shut her first salon down because of the pandemic. She said it’s a good bet with so much going on on Main Street,

“There's a lot of events going on on the weekends," she said. "I love working next to restaurants. There's always like live music and good food, you know, and that's what is nice about it.”

We ran into Debbie Haland, having lunch at Por Favor and the longtime El Cajon resident is unequivocally happy to be here.

"I've lived in San Diego my whole life," she said. "I used to go to the Mother Goose Parade when I was a child, and there's a lot happening in El Cajon. People need to come and visit.”

Don’t plan that visit for the Mother Goose Parade, this year, it’s virtual again. But, hopefully, it will be back in future years.

But when you do come out, pay attention to the weather, because, as everyone was happy to tell us, it still gets really hot in El Cajon.