Ahead of this year's Miramar Air Show, enjoy these News 8 archive clips of air show highlights from the 1970s, ‘80s and ‘90s. 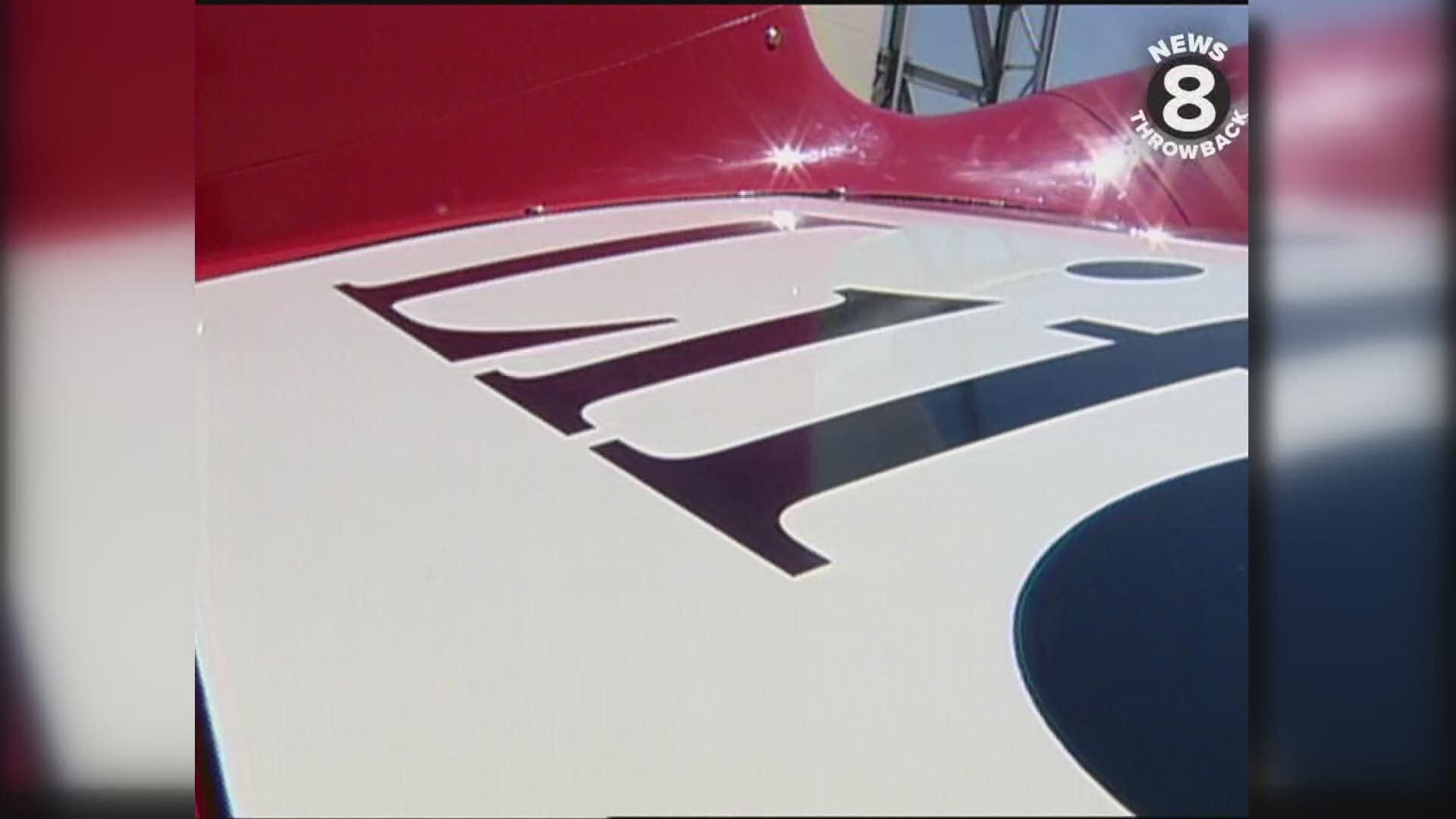 SAN DIEGO — Every year during Fleet Week in San Diego, the Miramar Air Show is held at Marine Corps Air Station Miramar and is touted as the largest military air show in the United States. As the 2019 edition is set to take to the sky this weekend, we’re taking a look back at several iterations of the air show which has been a staple in San Diego since the mid-1950s.

Enjoy these News 8 archive clips of Miramar Air Show highlights from the 1970s, ‘80s and ‘90s. This year’s air show is being billed as a Salute to First Responders and will be held Sept. 27 – 29.

RELATED: Blue Angels participate in military parade near the Statue of Liberty

For decades, one highlight of the Miramar Air Show has been the Blue Angels who perform gasp-inducing stunts high in the sky. These videos from 1978 and 1980 show some of the Angels’ tricks – along with tragedies. In 1978, a Blue Angel pilot perished in a fiery crash – but the other Angels said the show must go to honor their fallen comrade. News 8’s I.J. Hudson went along for a few loops and rolls with the Blue Angels and talks about his experience in the footage from 1980.

The 1991 Miramar Air Show highlighted aircraft used in the Gulf War – also known as Operation Desert Storm – which had ended earlier that year. News 8’s Margaret Radford reported on the “victory machines” that were on display and in the air for that year’s air show. The clip includes an aeronautical engineer talking about seeing the planes he worked on entertaining the large crowds.

In 1998, News 8 reporter Taylor Baldwin got a special look at the Miramar Air Show by taking flight with the world-famous Blue Angels. Taylor got to experience supersonic speed, an aileron roll and more on her journey. They pilot even let her steer the aircraft before he landed them safely back at MCAS Miramar.

News 8’s Steve Price got a behind-the-scenes look at the Miramar Air Show in 1999 when he boarded an Extra 300 – a German aerobatic plane – with Tim Weber. Tim gave Steve a preview of what he would perform at that year’s airshow. Some of the tricks and turns left our reporter a little dizzy and he was happy to return to earth after sailing the skies.