News 8 looks into the history of Golden Hill, and what it's like today. We revisit Big Kitchen Cafe and historical homes featured in 1987. 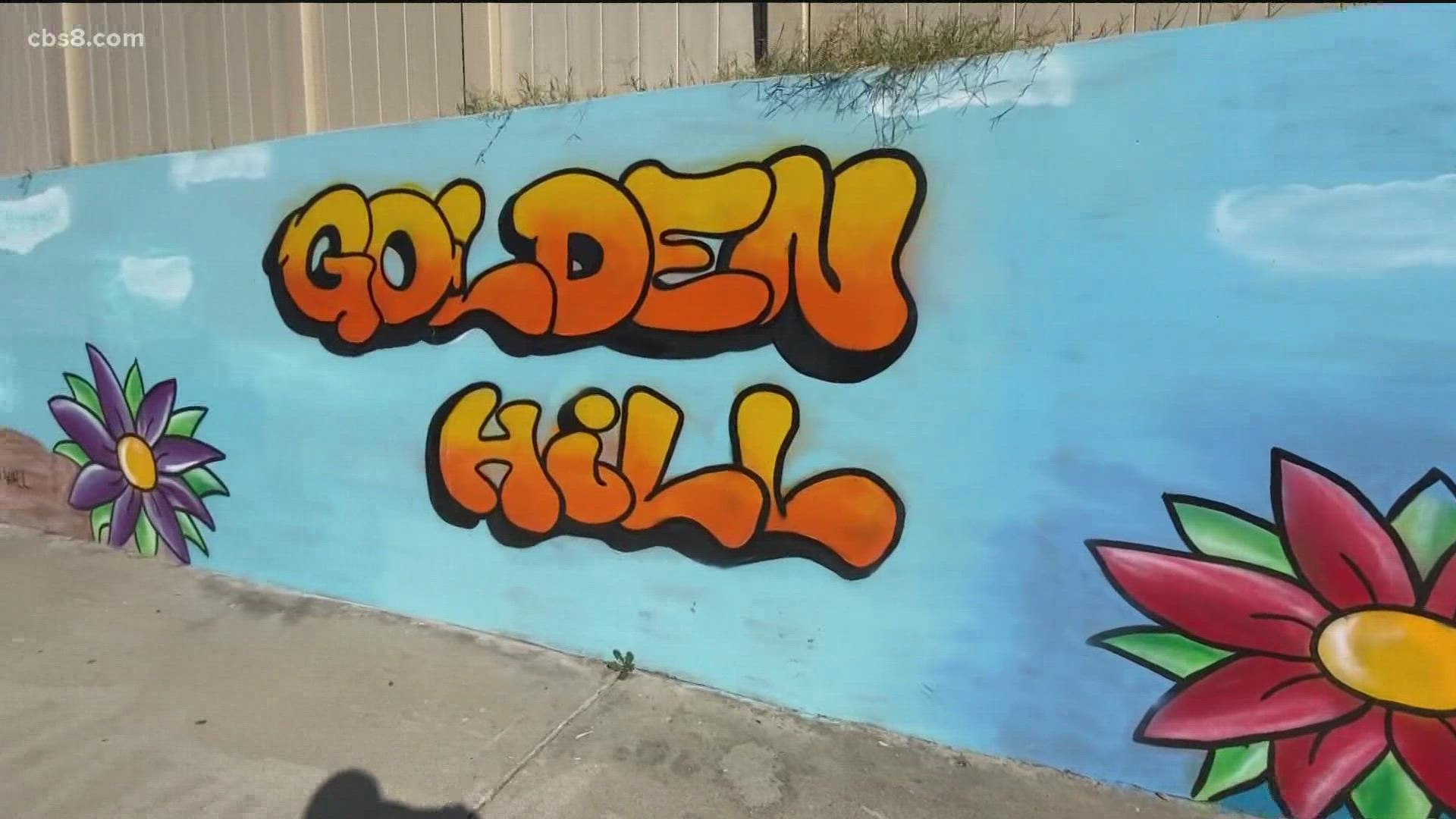 SAN DIEGO — Golden Hill is one of San Diego's most historic neighborhoods. The community sits just south of Balboa Park and north of Highway 94. Some call it South Park - but folks who've been here long enough know the area by its original name for its amazing sunset views.

The Big Kitchen Café is a staple in the Golden Hill community. “Judy the Beauty,” as she’s affectionately called, has been the heart of the diner for more than 40 years. She was also featured in News 8’s 1987 story about Golden Hill and stole the show then just as much as she did in 2021.

The Big Kitchen is known for its personable staff - where no one is a stranger - and delicious food. Judy the Beauty said The Big Kitchen Café doesn’t sell alcohol, a key economic driver for most restaurants, and continues to thrive. Judy remembers what catapulted the cozy diner into the mainstream San Diego culture.

"We had [CBS 8 reporter] Larry Himmel eating breakfast here for years and then one day he decided to put us on his television show," she said.

"All the most talented people lived here because the rent was low. We had the opera, we had the symphony, we had all the artists," Judy The Beauty added that actress Whoopi Goldberg used to be a dishwasher in the Big Kitchen Café for years before getting her big break.

When you're embedded in the heart of the community like Judy the Beauty, you must have a story to tell and Judy gladly offers the trip down memory lane.

"Golden Hill was the first suburb of downtown San Diego. The houses were turn of the last century and the early 1900s. We have the finest architecture in the whole city," she said.

The Big Kitchen's facade hasn't changed a lot in 30+ years

But as the years went on Judy shares, the community evolved and ultimately faced gentrification which she sees as a double-edged sword.

Not long after speaking with Judy, News 8’s crew found a couple who admitted that they’re now in-between places to call home because they could no longer afford the Golden Hill home they were renting. For the time being, they’re staying close by until they figure out a new living situation or can save up enough money to move into a home again.

Judy said as the city reinvested in Golden Hill, too many Golden Hill residents who didn’t own homes were left behind. She said the first Golden Hill Community Development Corporation was started in the Big Kitchen Café after hours. She remembers being on the board, planning trees throughout the community and even ran an after-school program for a few years.

This Victorian Home on Broadway is much more colorful in 2021 and the tree in the yard is still standing - only fuller and bigger.

Judy said when they originally applied for grants to help the community with the newly formed CDC, their approval was based on current residents living below the poverty line and those residents became the ones who could no longer afford to live in Golden Hill after improvements.

"I really enjoy the people who live here now, but there's something very wrong with a process that allows you to get grants that don't really benefit the people that were the reason you were able to get the grants in the first place," she said.

Vince grew up in San Diego and now helps run Bark Out Loud Pet Grooming in Golden Hill. The business has been operating in the neighborhood for four years.

"South Park, Downtown, this whole neighborhood comes to this grooming shop," he said.

Vince said Golden Hill took a turn for the worse in the 1990s but adds, "As time moves on things change."

"I meet people all the time coming in from all over the country and they love this place. Bring your dog, bring your kids, you're welcome," he said.

The cars outside the laundromat on Fern Street look a little different these days - as do the gas prices.

Donald Riordan has lived in Golden Hill for decades and said he remembers the mass exodus from Golden Hill as crime rates skyrocketed in the '90s. He recalls a relative's statement of the area.

Trudi Erickson has worked at the Golden Hill Café at the intersection of 25th and C streets for 31 years. She said she’s a history buff and shares what she knows about where Golden Hill got its name.

“When the sailing ships would come in, the sailors would see the sun shining on the hill and it looked like gold," she said,

She recalled the time when she first started working in Golden Hill and the area struggled as a community.

"It used to be a lot of drug addicts and prostitution and the houses were cheap and then all of a sudden it started getting really nice," Erickson said.

Some areas of Golden Hill look largely this same as they did in the mid-1980s.

Now that Golden Hill is seeing a reinvestment from the city and a revival in the community, there’s a debate about the name of the community. Some call it South Park - because it’s just south of Balboa Park – while others still call it Golden Hill. Donald Riordan welcomes the name change while Kara, who is also a long-time resident of Golden Hill shared, "I have some friends for sure who are like, 'No. It's Golden Hill.'"

"I never felt unwelcome or unsafe any less than any other neighborhood in San Diego," she said.

Judy the Beauty said the heart of Golden Hill has always been the people of Golden Hill and offers this advice in her characteristically welcoming demeanor:

"If you nurture the talents and the specialness of each ethnicity, the community will be whole and happy," she said. "If you don't, you're in deep doo-doo. And you better hire a Big Kitchen to come and fix things!”