What are your favorite San Diego restaurants that have stood the test of time? 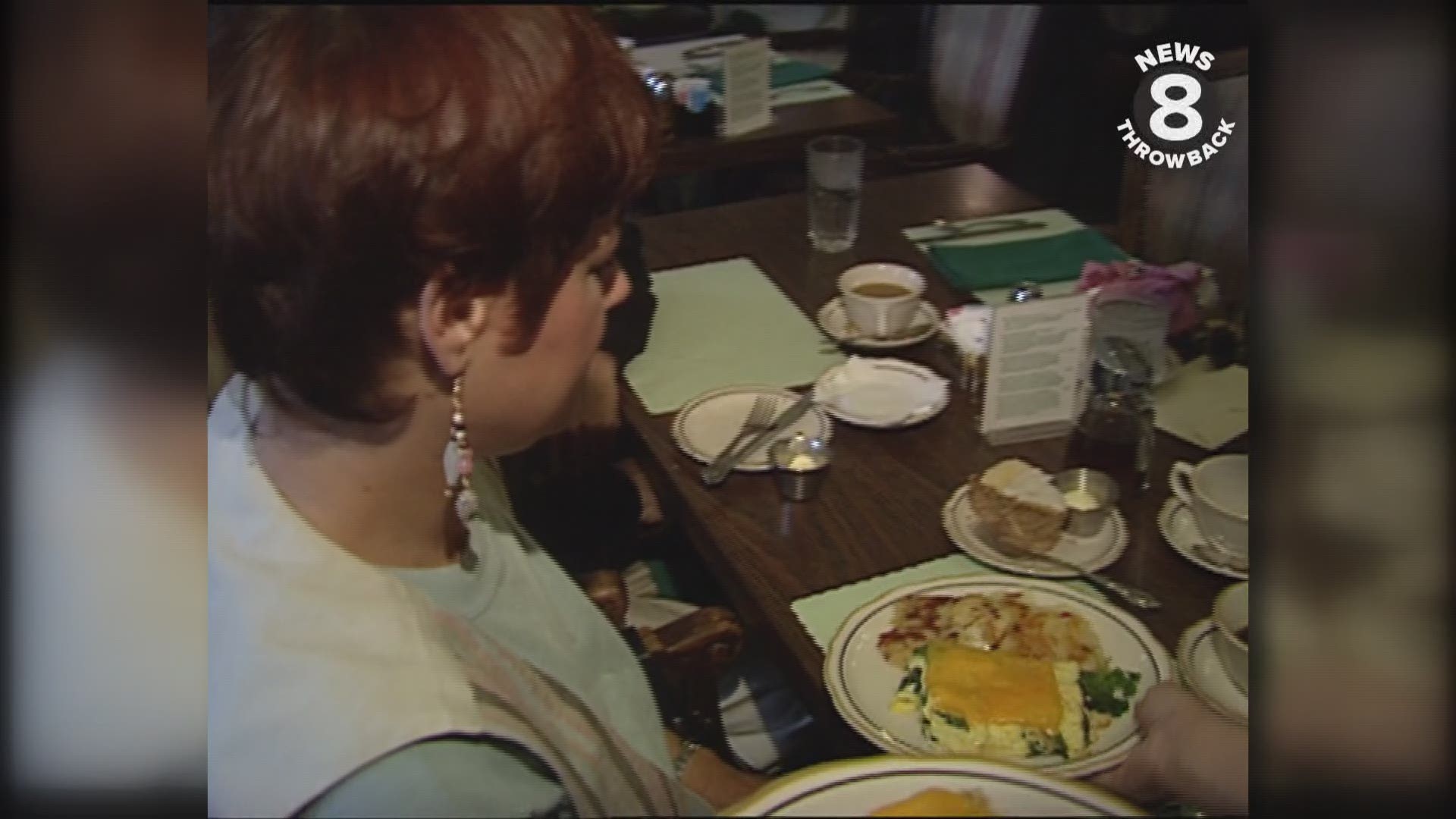 SAN DIEGO — San Diego has plenty to offer in terms of culinary experiences but the restaurant industry is not always an easy business. Many eateries have come and gone while some have lasted decades serving generations of locals.

Our News 8 archive includes clips of some long-time favorites that are still around as of 2019. Here’s a look back at some of the meals and menus that have remained steadfast through the years.

What are your favorite San Diego restaurants that have stood the test of time?

When News 8’s Doug McAllister stopped in for a bite at El Indio in the Middletown area of San Diego in 1978, the shop had already been in business for 38 years. It started as a tortilla factory created by Ralph Pesqueira Sr. and evolved into a restaurant known for “taquitos” - a word Ralph coined meaning “little taco.” Ralph Pesqueira Jr. took over the business in the early 1980s. Next year El Indio will celebrate 80 years in business!

In the fall on 1979, News 8 took a look inside a popular – but somewhat hidden – San Diego lunch spot. The Godfather Restaurant on Clairemont Mesa Boulevard had been opened by Chef Isidoro Balistreri and his wife Maria five years earlier. Our “Unknown Eater” remarked on the large portions and called the food “delicious.” The lunch specials in those days were under $4 and our reporter said the dinner offerings came in bit higher but with even bigger servings - “an offer you can’t refuse.” Forty years later The Godfather is still serving up Italian favorites seven days a week.

News 8’s “Unknown Eater” visited D.Z. Akin’s in December 1980 less than a year after the restaurant-delicatessen opened in the College Area of San Diego. Our reporter noted the large portions and unique offerings that pleased locals and East Coast transplants alike. Their menu has grown over the years and now boasts 134 different sandwiches among lots of other New York-style deli favorites.

Another review from the “Unknown Eater” took News 8 to the beach in 1984 for dinner with a view at Jake’s Del Mar. The meals were pretty typical of steakhouse fare with a la care side dishes and salads. Our reporters reviews of each item ranged from “an OK rating” to “uniquely good.” Jake’s is still a popular dining spot in San Diego and has evolved into a fine dining establishment 35 years later. A look at their menu items these days showcases much more stunning dishes than what we saw on the checkered tables in the mid-80s.

In 1994, Hob Nob Hill Restaurant in Bankers Hill celebrated 50 years in business with a throwback to their original menu prices that included breakfast options under $1 and a prime rib dinner for just over $2. News 8’s Larry Himmel spoke to the restaurant staff about their customers’ loyalty and the food that kept San Diegans coming back. One couple dining at the restaurant said they had been coming to Hob Nob every weekend for the restaurant’s half-century history. This year marked a total of 75 years in business for the restaurant which still stands in the same spot on Juniper Street and First Avenue.