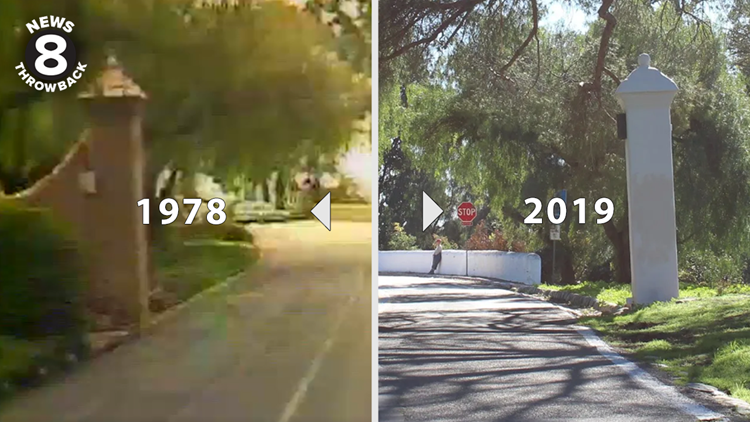 Take a trip back in time to see how much has changed – and what has remained the same in this historic neighborhood over four decades later.
Author: Jennifer Lothspeich (Digital Content Producer), Barbara Nielsen (Archives Editor)
Published: 2:13 PM PDT May 30, 2019
Updated: 12:58 PM PDT May 31, 2019

SAN DIEGO — Since the #10YearChallenge blew up on social media earlier this year, News 8 has been giving some San Diego neighborhoods the 40-year challenge treatment with clips from our archives. This week, it’s time to explore Mission Hills.

Take a trip back in time to see how much has changed – and what has remained the same in this historic neighborhood over four decades later.

In 1978, News 8 featured Mission Hills as part of a series called “Our Town.” Doug Oliver narrated the installment which showcased the area’s impressive architecture and small-town charm. Doug called it a “great place for San Diegans, but please don’t tell the tourists!”

Now, take a look at some side-by-side images of landmarks and homes featured in the video compared to the same locations as they appear in 2019.

Heading up Presidio Drive from Old Town San Diego you'll find a pillared entrance to the Mission Hills area near the Serra Museum. The trees framing the threshold in 2019 still hang over providing shade to the scenic pathway as they did in 1978. Also still standing is a blue and yellow "Scenic Drive" sign perfectly placed as this spot is great for snapping panoramic pictures.

One of the most notable things about Mission Hills is its eclectic architecture. Driving through the area you'll see craftsman and bungalow styles along with mission, Spanish and Colonial revival homes. We found several homes where the striking structural features have remained intact for the past 40+ years.

The first example is this brown bricked Craftsman that looks very much like it did in 1978 with just a touch more greenery these days. The car in the driveway looks a bit newer too!

Another example of the staying power of the architecture in this area is the Prarie-style home seen here with the same eye-catching entryway.

This beautiful home in the area maintains much of its appearance from 1978 but the colors have been updated and the trees surrounding it have grown just a bit.

This angular white home now has a placard on it deeming it a historic landmark. The trees from 1978 have also been replaced by palms.

The color of this house has gotten an update 40+ years later but many of the home's dazzling details remain the same. 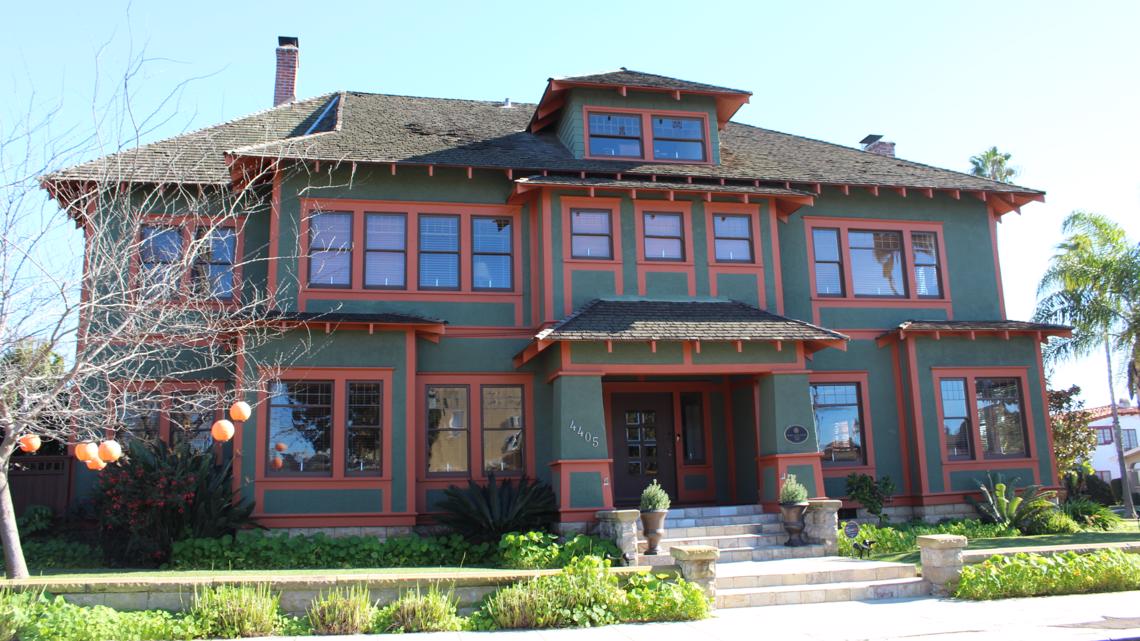