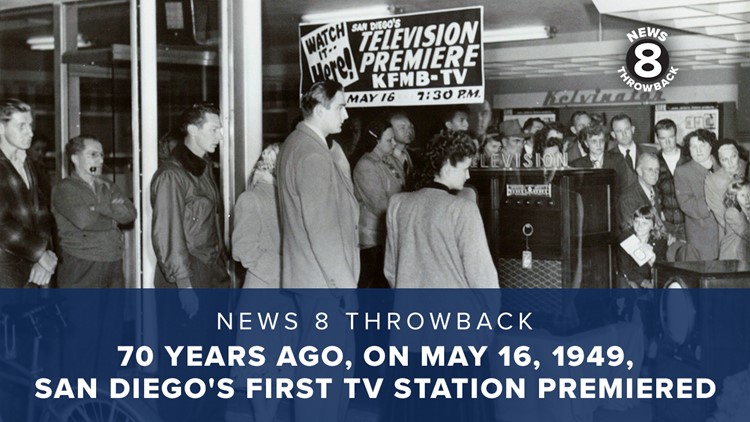 SAN DIEGO — On May 16, 1949, KFMB-TV made history as the first TV station to hit the airwaves in San Diego.

Now known as CBS 8, the channel has continued to deliver the headlines of the day via News 8 newscasts for 70 years. In 1969, we celebrated our first 20 years with this half-hour special (seen above) called "A Television Odyssey" hosted by Nicki Pierce and George Lewis.

The show highlights our humble beginnings, some of the huge headlines of our first two decades and a few blunders along the way.

As we celebrate 70 years of News 8 on Thursday, May 16, 2019, we share a few of our favorite clips from the special and some pictures from our first two decades.

We have a lot more coming as we continue celebrating our 70 years in broadcasting. Stay tuned for more highlights of our history in the coming months.

Happy birthday to us!

KFMB-TV held its opening night gala on May 16, 1949 at the Continental Room of the Hotel San Diego. At 8 p.m., Mayor Harley Knox flipped the big switch and the station was on the air. An estimated 50,000 people saw the first show with many crowding around appliance stores as few had TV sets in their homes. News 8’s Nicki Pierce returned to the gala venue in 1969 to re-visit opening night. Also shared was the fact the station went from broadcasting 28 hours a week to 133 hours a week 20 years later in 1969. Popular shows like “Monte Hall's Tiny Town Ranch,” “Smokey Roger's Music Telethon,” and “Zoorama” came and went but the one constant was always the newscast.

In the early 1960s, Regis Philbin was a reporter with News 8 conducting “man on the street” interviews around San Diego. Regis went on to become a household name working in network television and hosting many well-known programs. Philbin holds the Guiness World Record for most time in front of a TV camera, and we’re proud to say some of those hours were spent on our airwaves. See below for pictures of Regis during his time with KFMB-TV.

Regis Philbin reports for News 8 in the 1960s 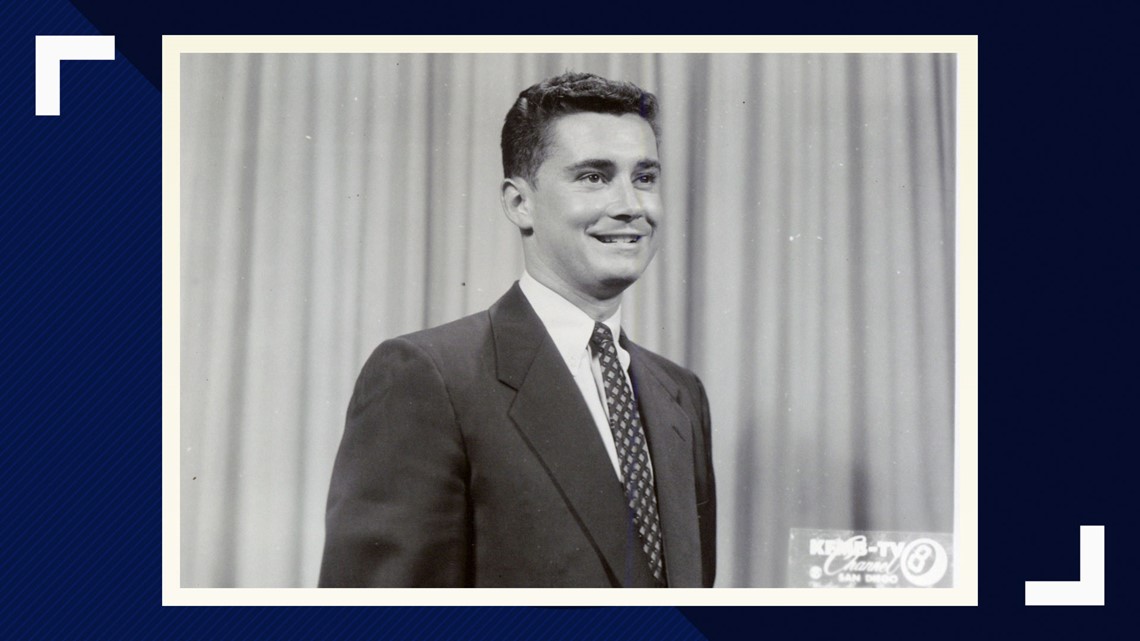 As part of the 20th anniversary special in 1969, News 8's George Lewis took a look back at the awards KFMB-TV had won in its first two decades. The honors were the result of programs and coverage including "Zoorama" which highlighted the San Diego Zoo and became a syndicated show; "ORN" - a 30-minute documentary on operating room nurses; news coverage of a pawn shop shootout between cops and a murder suspect in Downtown San Diego, and "Operation Thanks" which honored service members around the world with filmed greetings taken from San Diego to GIs overseas.

Oops! They can't all be highlights!

In addition to celebrating the milestones and achievements in News 8/KFMB-TV's first 20 years, we also had a laugh at our own expense looking back at our "bombs, boners and bloopers" in 1969.

In addition to these wonderful clips from our first 20 years, our archives also hold many still images from the 1950s and ‘60s. See below for some selections from our vast collection - and another famous face to come out of KFMB-TV. 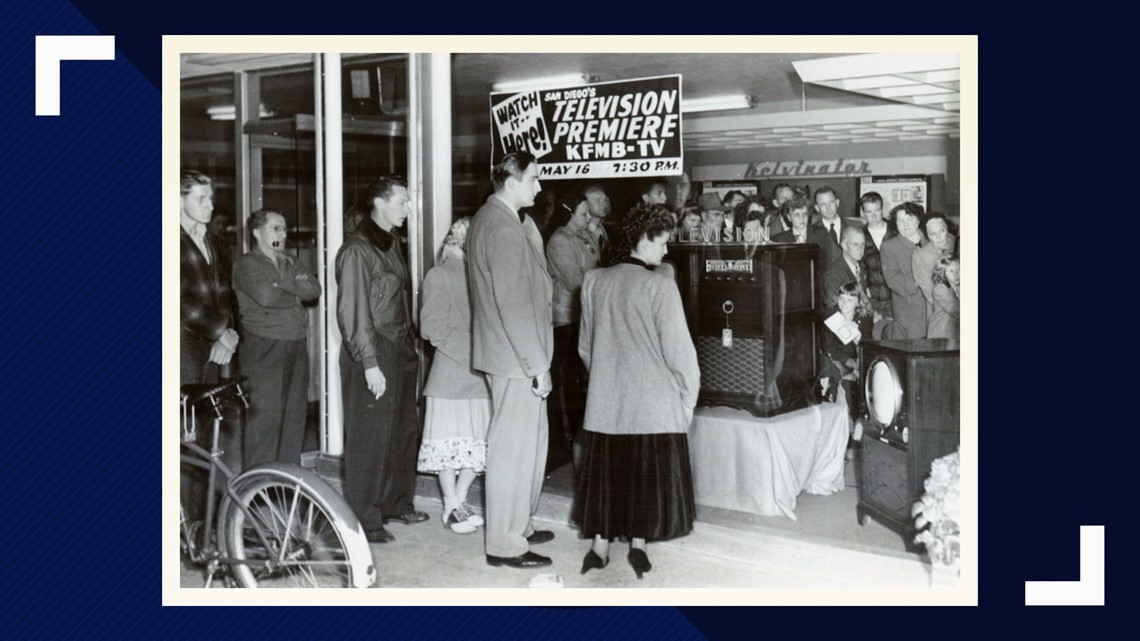 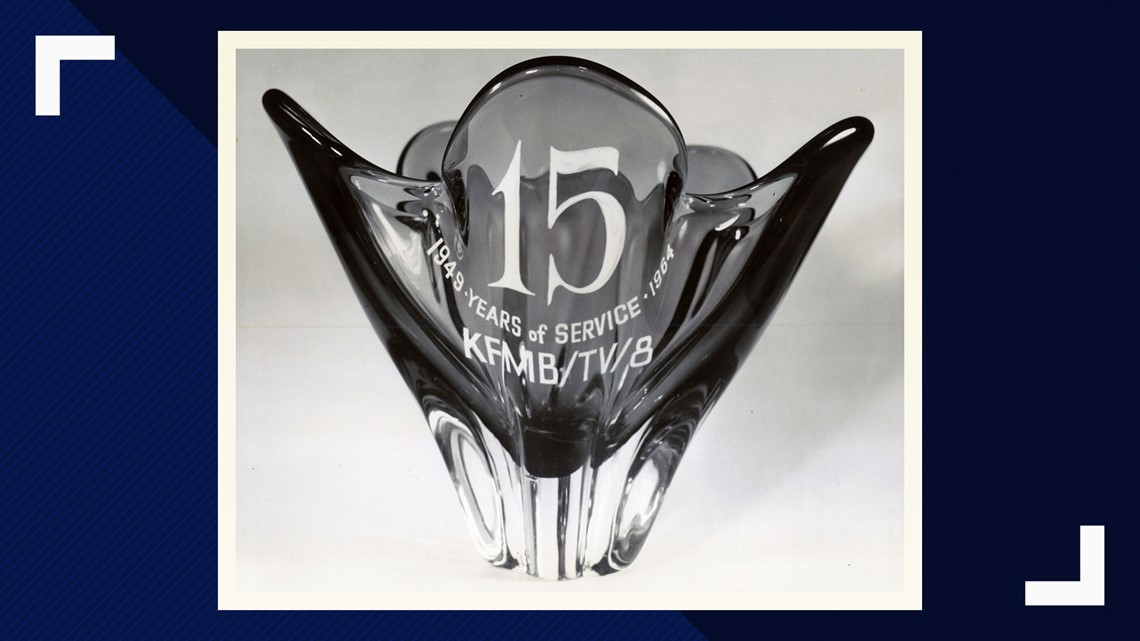 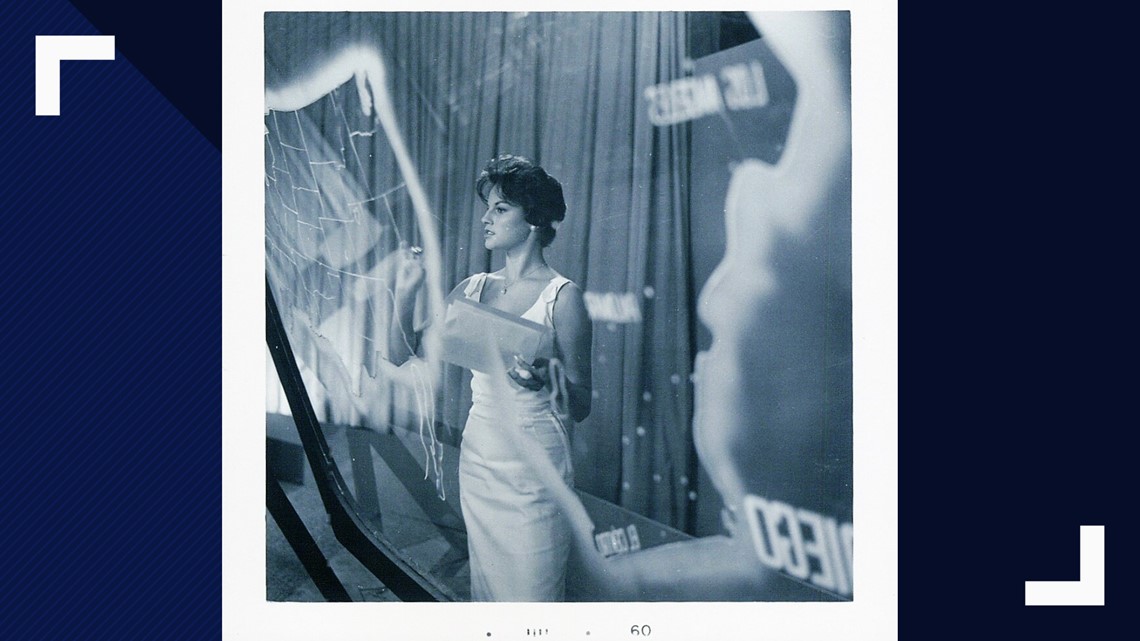