This week and next we’ll be sharing some of the hidden gems that were recently uncovered deep in the News 8 archives. 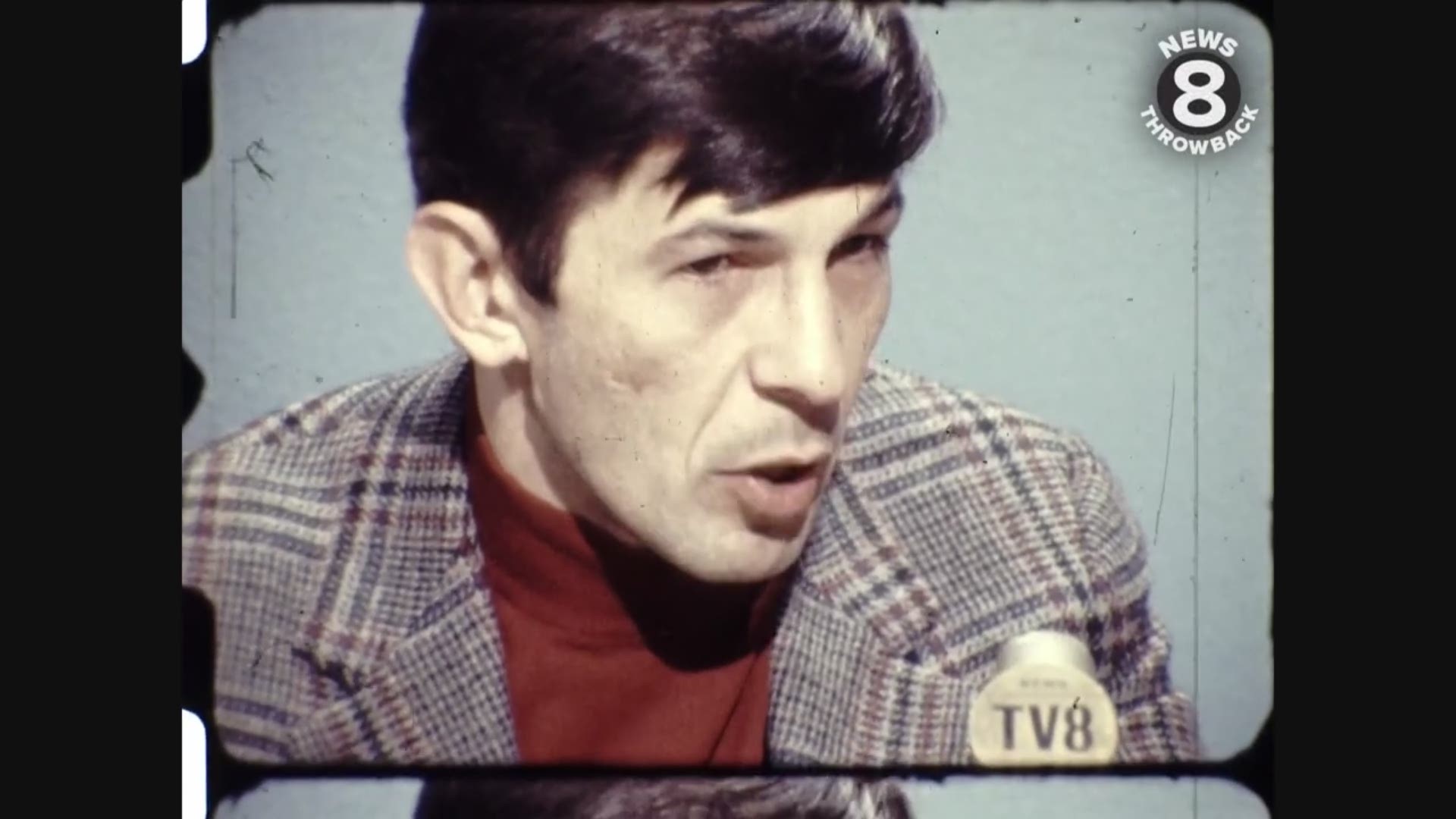 SAN DIEGO COUNTY, Calif. — As fans of News 8 Throwback know, our archives are a treasure trove of vintage footage. For over two years now we’ve been sharing clips from decades past digging up everything from celebrity sightings to standout moments in San Diego history.

We have an extensive well-organized archive system here with everything stored in a neat, orderly fashion. But recently, Archives Editor Barb Nielsen found loose rolls of film hidden along with old film equipment in an area we call “the cage.” Some had labels, some didn’t. What was on them? We just had to see. It turns out the digitizing project was well worth it.

This week and next we’ll be sharing some of the hidden gems that were recently uncovered.

The results ranged from interviews with politicians, celebrities and sports figures to some other historical tidbits.

Enjoy this look back at forgotten film now found!

Our found footage starts with Ronald and Nancy Reagan visiting the home of Mr. And Mrs. Norman Roberts in Point Loma on August 30, 1965. It was a reception for Mr. Reagan sponsored by the Republican Associated Organization. He announced in late 1965 that he was running for governor of California.

The second part of the clip is the gubernatorial swearing-in ceremony for Ronald Reagan on January 2, 1967.

Actor Leonard Nimoy talked to News 8 in 1971 about his starring role in The Old Globe Theater’s production of “The Man in the Glass Booth.” The plot was inspired by the kidnap and trial of the German Nazi SS-Obersturmbannführer (lieutenant colonel) Adolf Eichmann, who was one of the major organizers of the Holocaust  Nimoy played Arthur Goldman, a Jewish Nazi death camp survivor who ends up being accused of being a Nazi himself. The play centers around his trial. It questions if these war trials were necessary. And it made Nimoy question the real-life trials. Who are the right guys in war?

His enthusiasm for this role is evident. After the serious subject matter News 8’s reporter then asked him about his pointy ears and Nimoy burst into laughter. After all, you can’t interview Leonard Nimoy and not talk about his iconic character Mr. Spock.

Nimoy said he was very proud of “Star Trek” and the role he played in it. After “Star Trek” he was on “Mission Impossible” for two years, seasons four and five. This is a wonderful, candid interview and we are happy we found it and can share it with our viewers.

Leornard Nimoy in "The Man in the Glass Booth"

The supercarrier USS Kitty Hawk returned to San Diego in June 1966. She had departed San Diego on October 19, 1965.

"The first contingent of planes from the aircraft carrier Kitty Hawk arrived home today after 8 months duty off the coast of Vietnam. Families and friends were on hand this afternoon at North Island to welcome back 15 men aboard three planes from Carrier Airborne Early Warning Squadron Eleven. The rest of the planes are due in tomorrow at Miramar.

One of the fliers had a special reunion this afternoon...Robert Caude had his first look at this newborn son--Brian, age 2 months. Similar reunions are in prospect with the Kitty Hawk scheduled to arrive at North Island Monday morning.

The carrier and her planes were responsible for destroying a thermal power plant, two major bridges and a railroad, a large North Vietnam army barracks, and closed off the Mu Gia pass along the Ho Chi Minh Trail."

Massachusetts Senator Edward "Ted" Kennedy arrived in San Diego on October 2, 1966. He was campaigning for California Democratic Party candidates including Governor Edmund Brown and Congressman Lionel Van Deerlin. Harold Keen asks a tough question first: Ronald Reagan has been critical of outsiders coming into California to support Democratic candidates—he refers to them as carpetbaggers—what is your opinion of that? Ted explains that the Kennedy family has strong ties to California and he cared about the programs that Brown and Van Deerlin supported.

This piece features then Pete Wilson and Harold Keen in an undated interview. We assume it was around the beginning of his political career. Wilson was a member of the California State Assembly from 1967-1971, was mayor of San Diego from 1971-1983, was a California Senator from 1983 - 1991, and was the 36th Governor of California from 1991-1999.  Upon seeing this vintage footage, Wilson wrote “[I] am stunned by the color and amount of my hair. I remember Harold well.  We did many, many interviews together. He was a hard worker.”