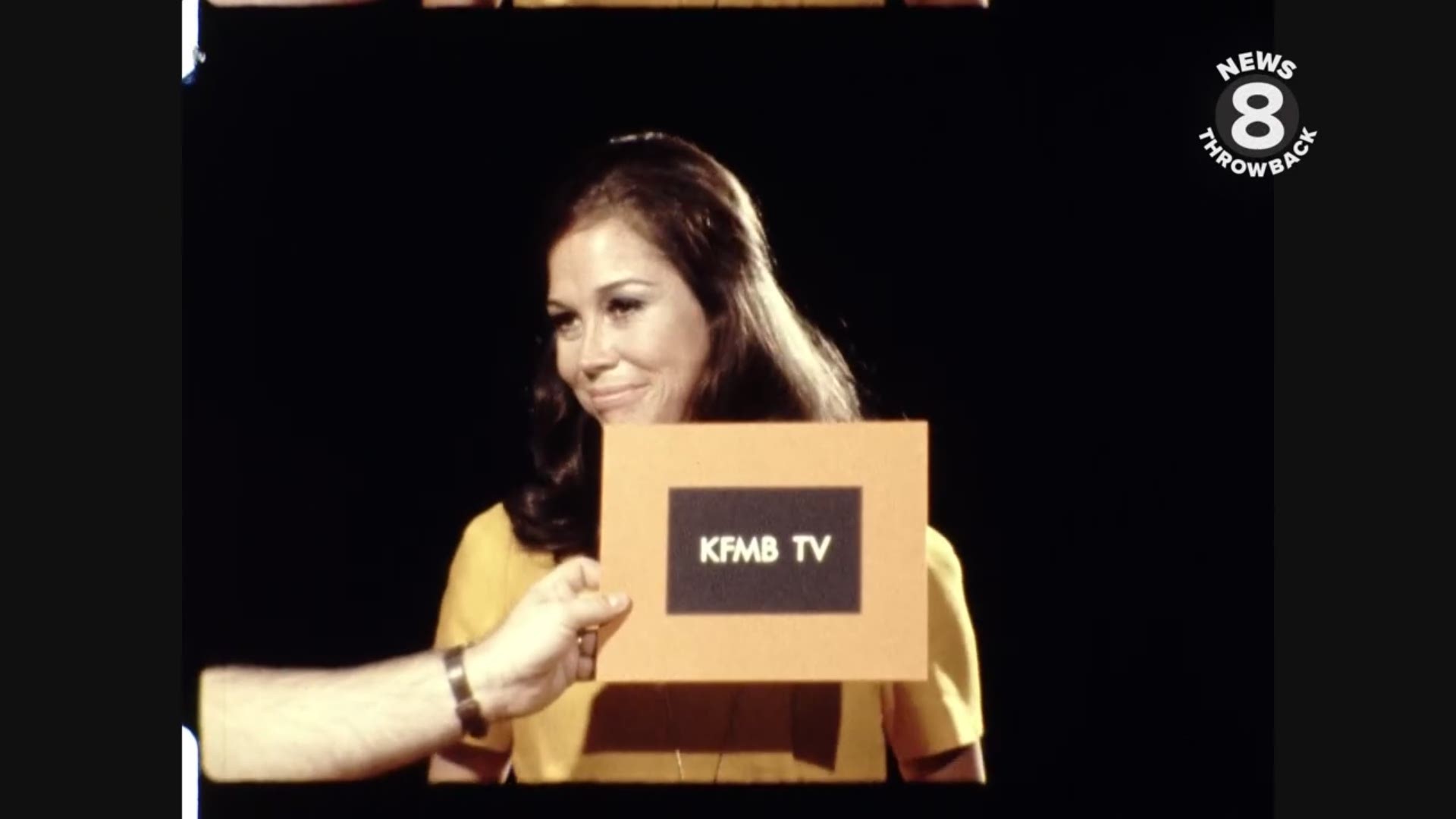 SAN DIEGO COUNTY, Calif. — News 8 has an extensive well-organized archive system with everything stored in a neat, orderly fashion. But recently, Archives Editor Barb Nielsen found loose rolls of film hidden along with old film equipment in an area we call “the cage.” Some had labels, some didn’t. What was on them? We just had to see. It turns out the digitizing project was well worth it.

Last week we shared a few of the gems we unearthed and this week we have even more.

The results feature celebrities, musicians and sports figures plus other local historical tidbits.

Enjoy this look back at forgotten film now found!

It's just a glimpse at what must have been an incredible concert. The legend David Bowie performed in San Diego on September 11, 1974. It's short and the sound isn't great but it shows what a mesmerizing performer he was. This only makes us want more of the Thin White Duke.

She could turn the world on with her smile.

Ahead of the debut of her long-running sitcom, Mary Tyler Moore filmed a promotion for KFMB-TV also known as "TV 8." This clip gives us a peek at several takes the charming actress did to promote "The Mary Tyler Moore Show" to San Diego viewers. In the last take, Moore even name drops one of our longtime anchors Ray Wilson. The last few frames give us a quick glimpse of Ed Asner who played Moore's boss Lou Grant.

News 8's Bob Dale interviewed Aleta Warren around 1977 about a unique project in her San Diego home. The young mother of three had spent two years pulling carpet remnants out of dumpsters in order to install it throughout her house. She showed Dale how she put the pieces together and said she was climbing in dumpsters up until she was six months pregnant with the little one we see down on the carpet with Aleta and Dale. The end of the clip shows the red, white and blue pattern she put down in her son Jared's room and the "Bambi" motif her daughter Andrea got.

This footage from the summer of 1973 features Southern California cheerleaders at the “Camp of Champs” at UC San Diego. The week-long camp was attended by 400 juniors and seniors dedicated to cheer and spirit. News 8’s own Cathy Clark got in on the fun trying out some of the cheers and moves.