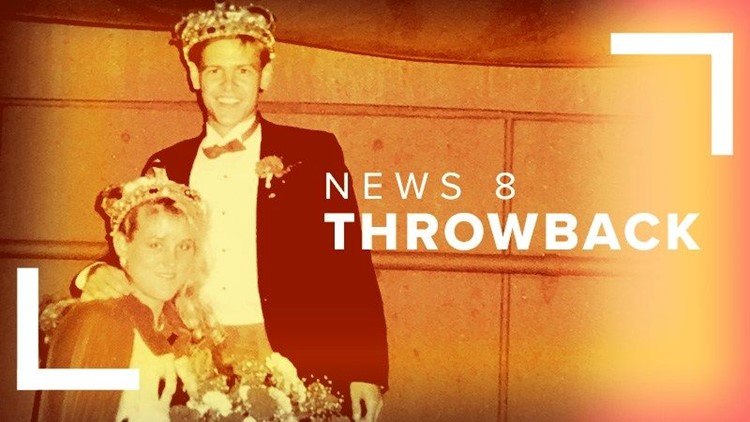 SAN DIEGO (NEWS 8) — Homecoming is a tradition at many high schools and colleges where former students return to a school for a celebration that often includes a dance, a football game and other activities.

With San Diego State University’s homecoming game coming up this Saturday, we dove into the News 8 archives to find footage of local homecoming revelry from decades past. And we gathered some pictures of our own KFMB Stations reporters, anchors and DJs from their homecomings!

First off, we have a snippet from another San Diego news station, KGTV, who happened to be on hand at SDSU’s 1986 homecoming game where News 8 Sports anchor John Howard was crowned king.

In November 1979, San Diego State University tried something different with their annual homecoming celebration. They changed the name of the festivities to "community fair" and expanded the celebration beyond the football field and dance floor. News 8 Reporter Shirley Clum spoke to former students who were reuniting with old classmates and planned to attend the homecoming game that night.

In the fall on 1983, San Diego State resurrected some traditions and held a homecoming parade for the first time in 15 years. News 8's Carlos Amezcua reported on the renewed school spirit which SDSU's fraternities and sororities took credit for. And it seems John Howard wasn’t the only one in his family with royal blood; his sister Jill can be seen in this piece around 45 seconds in. She was named as a princess to the homecoming court.

In the fall of 1994, Patrick Henry High School in the San Carlos neighborhood of San Diego held their annual homecoming game. News 8 legend Larry Himmel was on hand as Grand Marshall for the homecoming parade and spoke with attendees. This vintage footage from the game captures the excitement from the stands and on the field where the homecoming king and queen were named.

Now for some snap shots of KFMB Stations anchors, reporters and DJs at homecoming dances and games of yesteryear:

News 8 Anchor Eric Kahnert at his homecoming at Apple Valley Senior High School in Apple Valley, Minnesota. Eric was runner up in the battle to be homecoming king, but we think he should have gotten the crown!

News 8 Reporter Chris Gros at halftime of the homecoming game in 2009 at Coral Springs Charter School in Florida.