The Journal features were longer than our typical news reports allowing us to dig deeper into a variety of places and subjects in San Diego - and beyond. 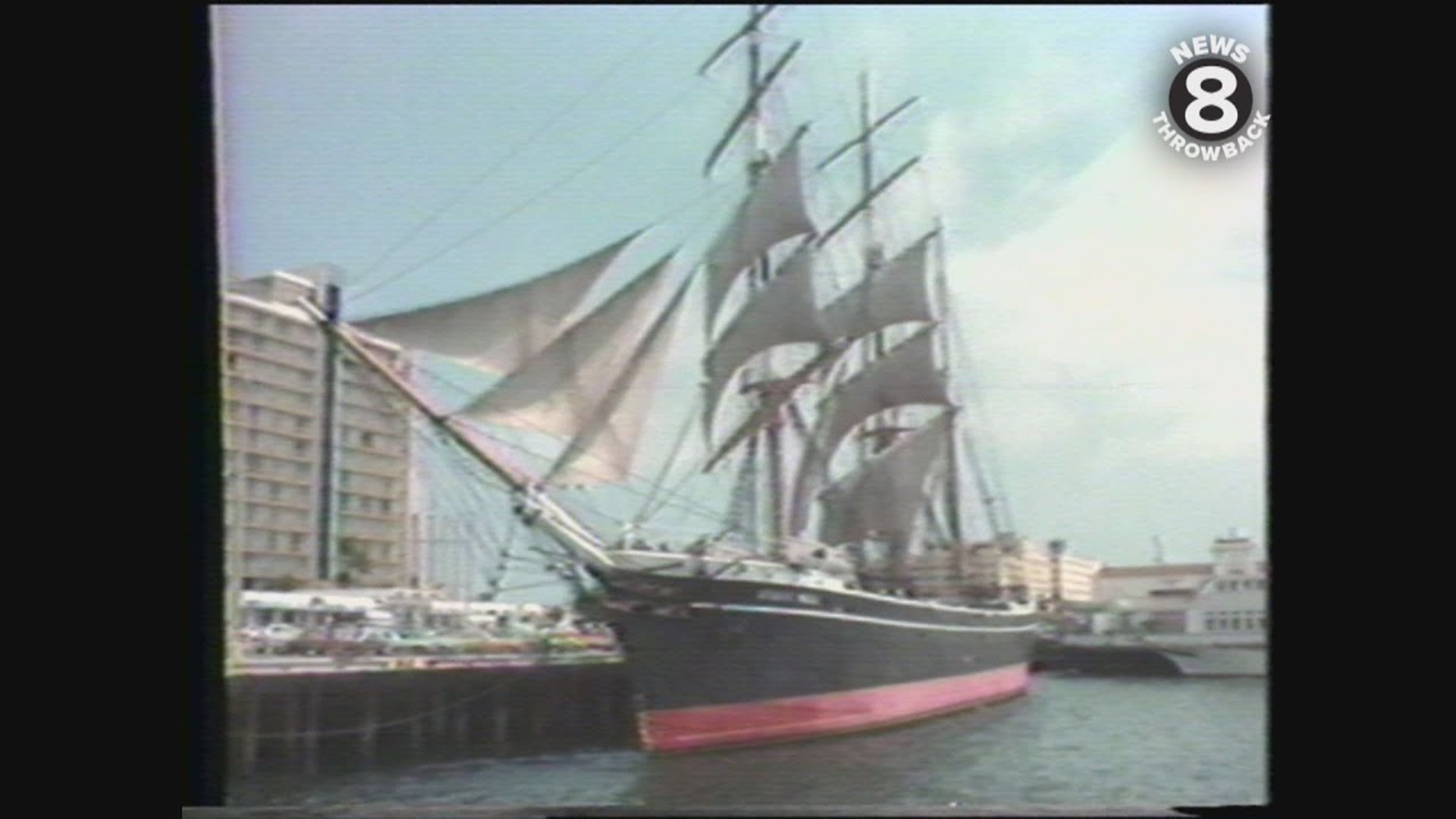 In the late 1970s, CBS 8 reporters tackled a variety of subjects for a special Journal series. The features were longer than our typical news reports allowing us to dig deeper into a variety of places and subjects in San Diego - and beyond. This week's News 8 Throwback includes a handful of these unique Journal pieces covering everything from a local high school to some popular neighborhoods to a favorite Southern California destination.

Magic Mountain was only eight years old when News 8 made the trip to Valencia. The wooden giant Colossus was only a couple of months old. It was the largest, highest, fastest rollercoaster ever built. Reporter Doug McAllister reluctantly rode it, and in the end, he said if you're after a thrill, Colossus is the place to find it--but he would rather be sailing.

Revolution was the largest steel rollercoaster and Doug said some thought it was much more fearsome than the wooden giant getting all the attention. The Log Jammer was the world's largest water flume ride. Spillikin Corners was a new addition--a place to unwind and watch master craftsmen at work. A train went around and through the park's 200 acres. Buffalo roamed in the pastoral setting. Magic Mountain--"a place where your screams come true."

For this piece, Carol Kendrick reported on changes at Crawford High School - where she had once been a student! Kids at the San Diego campus spoke about how things were different for them than for previous generations.

"Teachers who survived the '60s on campus say it's a lot quieter now," Kendrick said.

One of the common themes teachers and students both discussed was a greater focus on individuality - from freedom in the dress code to more varied course options.

The Hall of Champions in Balboa Park featured San Diego's premier athletes. Among them, boxer Archie Moore, tennis star Maureen Connolly Brinker, and baseball legend Ted Williams. It opened in 1961 and closed in 2017.

The Reuben H. Fleet Space Theater, also in Balboa Park, opened in 1973. It had a huge hemisphere screen, the only one like it in America. Now known as the Fleet Science Center, it is still a huge draw for local families and visitors.

San Diego Maritime Museum's The Star of India, the world's oldest merchant ship still afloat, was then, and still is, a must-see attraction. She's an awesome sight, docked on the harbor since 1927.

And finally, for art lovers, the San Diego Art Institute in Balboa Park was filled with paintings and sculptures.

The museums have changed over the years but the last three in this piece are still in operation.

In this piece, CBS 8's Jesse Macias profiled the ever-changing San DIego neighborhood of Old Town. From the birthplace of California to an industrial center to a state park, Old Town has had many lives in its 250+ year history. As of this report, there were plans by the state to convert the area to look as it did in the 1800s - including the removal of paved streets.

Old Town had continued to evolve - though not quite as it was envisioned in the 1970s. It remains a vibrant part of our city attracting tourists and locals alike.

"It is like a small town isolated in a city of a million people by a river bed, a hill, and the Pacific Ocean."

Cathy Clark digs deep to explain one of the most unique and eclectic areas of the city.

Young and old agreed it had mellowed a bit and said it was the transients that caused problems, not the residents. Forty-three years later, some might say not a lot has changed in Ocean Beach.