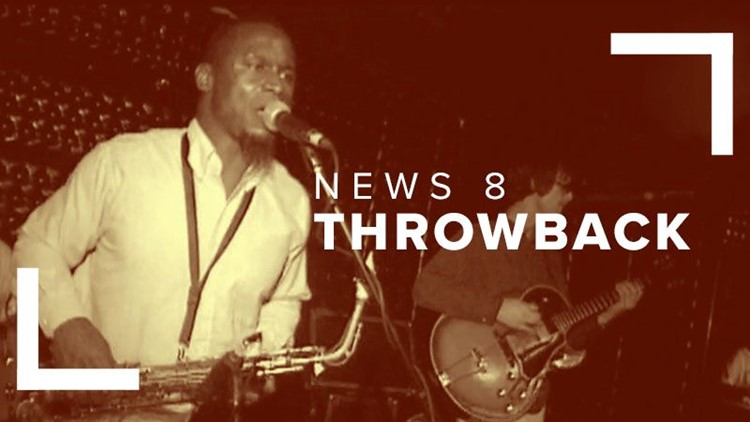 In addition to launching the careers of bands like Blink-182 and P.O.D., and musicians like Jewel and Tom Waits – we also have a steady stream of local bands who keep San Diego music venues rocking year after year.

From our News 8 archives, check out these clips of San Diego bands from the 1980s and ‘90s. Some found success outside of our fair city, while others were content to have a strong local following to share their art with.

In the fall of 1989, News 8 reporter Gina Lew and photojournalist Bruce Patch traveled to Las Vegas, Nevada, to catch up with San Diego band The Beat Farmers. The group had been around for several years and made a name for themselves outside of San Diego. The group was known as much for its country-rock style as for its live shows which incorporated humor courtesy of multi-instrumentalist and showman Country Dick Montana (formerly of The Penetrators - more on them later.)

"There's no such thing as a boring Beat Farmers show," one fan told News 8.

Gina Lew's story showcased the personality and lifestyle of each member of the band. Jerry Raney and Rolle Love were the family men in the band; Joey Harris was the band's main lyricist; and Country Dick Montana was one-of-a-kind. News 8 even caught Country Dick warming up while listening to Dean Martin.

"You need to be inspired on the day of a gig," he said dancing.

Sadly, Country Dick suffered a heart attack while on stage in 1995 and passed away. The Beat Farmers disbanded but for the past nine years the surviving members have performed a "Beat Famers Hootenanny" show annually in honor of Country Dick Montana and another founding member of the band Buddy Blue.

The Greyboy Allstars were formed in 1994 by DJ Greyboy and saxophonist Karl Denson, later adding several backing musicians. In 1998, News 8's Larry Himmel did a feature on the band's iteration at that time describing them as "guardians of the groove." He talked to Denson about the group's fusion of jazz, rock, R&B and hip-hop, which had crowds dancing in footage from quintessential San Diego rock club the Casbah (which celebrates its 30th anniversary in this month).

"You can't help but feel good, when The Greyboy Allstars are in the house," concluded Larry.

The band continues to play with Denson at the helm. They currently have several 2019 dates booked in Colorado and Louisiana.

In 1980, News 8 reporter Jesse Macias did a two-part feature on San Diego band The Penetrators. In part 2, Macias joined the new wave rock group in the studio where they were recording their first album. The tight-knit band mates talked about their passion for music; even joking that they had no friends outside the band as socializing took a backseat to performing. On a serious note, they talked about the conflict between having day jobs to support their art but having their work give them less time to work on their art.

Decades later, the surviving members of The Penetrators group still perform from time to time; in fact, they’ll headline a sold-out show at the Casbah on Friday, Jan 18 as part of the club’s 30th anniversary series. They’ll be joined by a contemporary San Diego rock band – The Schizophonics – and another vintage rock group The Dinettes.

In 1990, Larry Himmel met up with San Diego band The Mar Dels. The group had formed in 1982 playing nostalgic tunes from the 1950s, '60s and '70s. This "Himmel Rocks" clip reveals the charm and charisma of the band as they showcase several song selections along a San Diego street - all inspired by commentary from Larry. The group is still going strong today - albeit with some different members - and their websites says they'll soon have shows scheduled for 2019.

In December 1995, The Beatles song "Free as a Bird" was released using the home-recorded demo vocals of John Lennon and the instrumentation of the band's surviving members - Paul McCartney, George Harrison and Ringo Starr. San Diego oldies band Rockola knew the song was being developed for release and decided to give their own rendition a try. News 8's Larry Himmel was there to hear about their process and to share a snippet of the song.

In 1981, Larry Himmel interviewed a band that was taking advantage of the post-disco era. As San Diego clubs returned to featuring live music Tweed Sneakers did their best to command a room with their rockin' live sets. Larry credited "solid musicianship, stage presence and tongue-in-cheek lyrics " for the group's success.