It is a day to honor and remember those that died while serving in America’s armed services and San Diego observes the holiday in a number of ways. 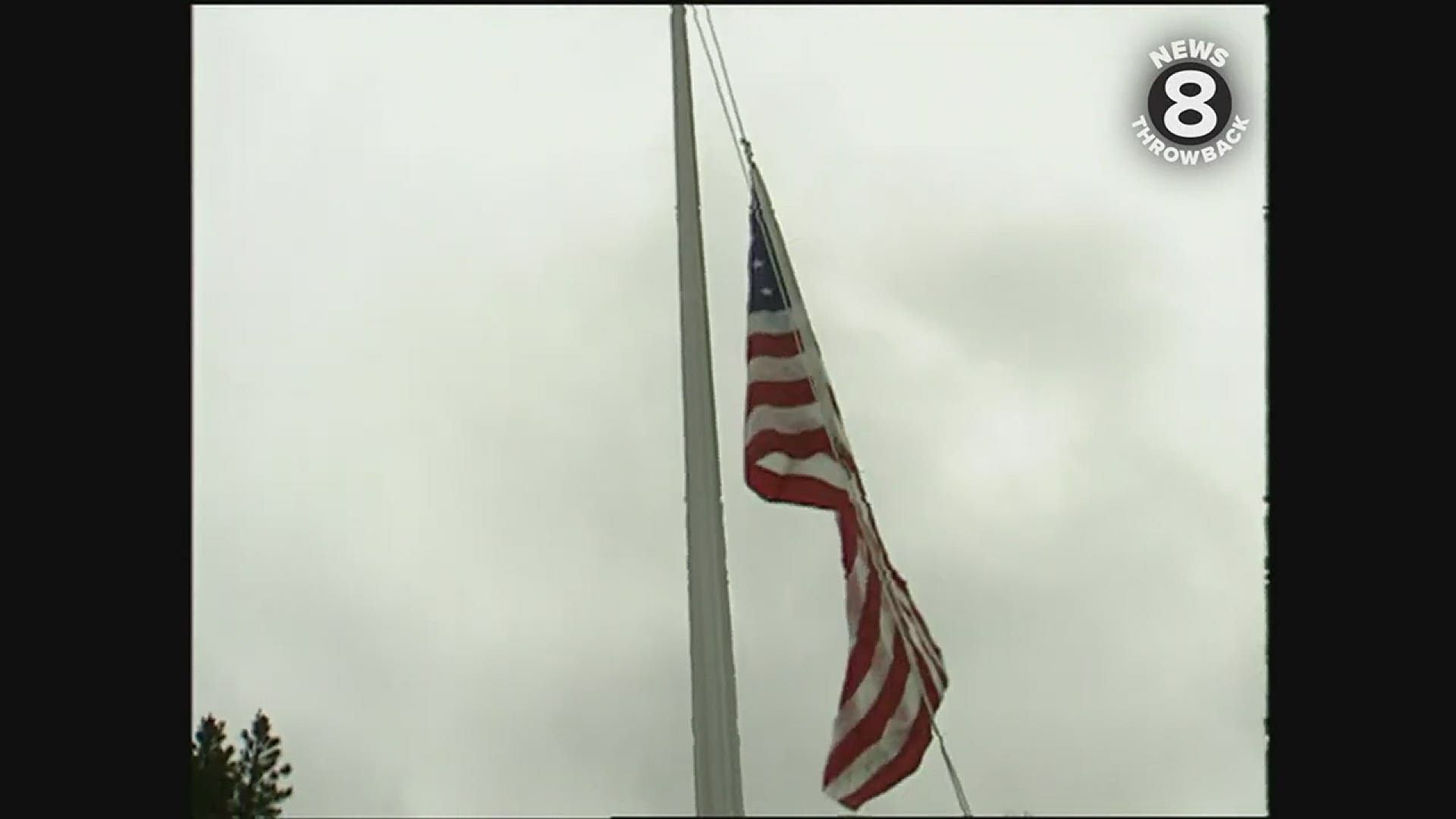 SAN DIEGO COUNTY, Calif. — As a military town, San Diego has held many ceremonies for Memorial Day over the years. It is a day to honor and remember those that died while serving in America’s armed services and our city observes the holiday in a number of ways. At military cemeteries, American flags, flowers and other mementos are placed on graves.

Though the day is a somber occasion, for many it also marks the unofficial start to summer. San Diegans often spend the day off from work and school celebrating in the sun.

Veterans, families and survivors gathered at Fort Rosecrans National Cemetery on Memorial Day 1986 to honor those who gave their lives in war times. Wreaths and flowers were placed on the tomb of the unknown soldier.

"They died for all of us," one vet told News 8's Carol Hasson.

Carol also spoke to several widows who were visiting their husbands' graves and leaving flowers for their loved ones.

News 8 was at memorial ceremonies around San Diego. Veterans of Vietnam were honored in Balboa Park and at Fort Rosecrans, Pearl Harbor survivors laid roses to remember servicemen who didn't survive the tragedy. Moses Nicholas Coleman Long said, "I just thought it was thy kingdom come....they were blowing things to pieces."

SeaWorld has always been a popular destination on Memorial Day weekend and 1984 was a big year as the three-day attendance figure was expected to reach over 57,000, matching the record-making 1983 weekend. The San Diego Zoo was busy too--almost 23,000 people visited the zoo on Sunday alone. Mission Valley Mall attracted people who wanted to take advantage of Memorial Day sales. There's a quick shot of Bullock's Department Store--remember that? The CHP was keeping an eye on the roads looking out for drunk drivers. Report by Liz Pursell.

As always, people were drawn to the beaches--80,000 in 1984. A long line of cars were on the way to join the crowds soaking up the sun. Lifeguards had their hands full with rescues and people drinking alcohol - which was allowed back then. News 8's Lorraine Kimel talked to a young girl who liked to watch the guys - some things never change!

On Memorial Day 1993, News 8's Jody Hammond spoke with tourists who flocked to San Diego beaches for the holiday. Jody found visitors from Arizona, Florida and everywhere in between. One family from Riverside made their way to soak up the sun with a 6-day-old baby!