News 8 Throwback: Memories from the stadium once known as Jack Murphy, Qualcomm, and San Diego Stadium

From baseball games to memorable music events to a beautiful 9/11 tribute, we found some of our favorite stadium moments to share. What are yours? 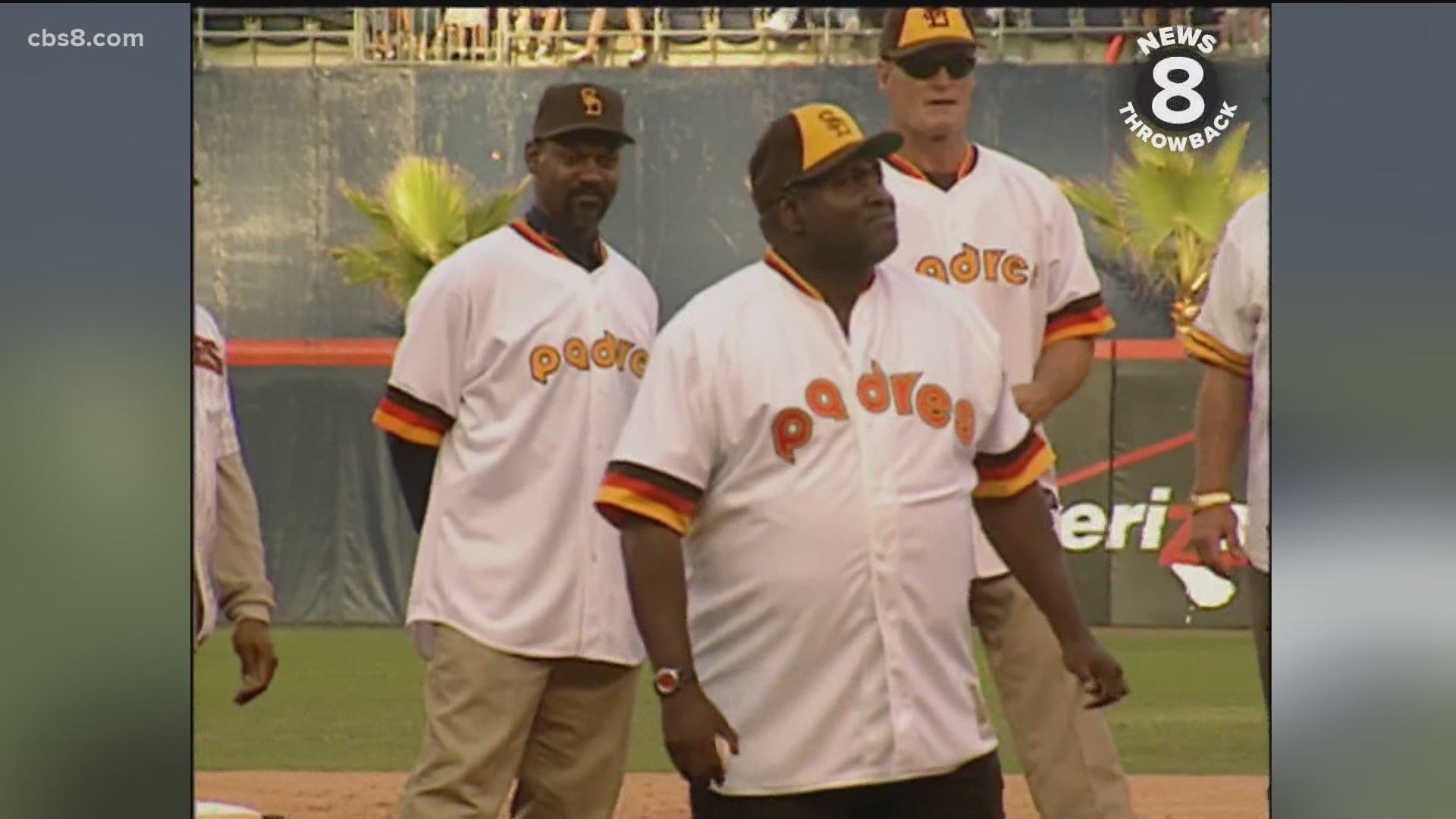 SAN DIEGO COUNTY, Calif. — As the parking lot of SDCCU Stadium is being demolished with the stadium itself to follow, many of us are looking back at fond memories of the site once known as San Diego Stadium (opened in 1967), Jack Murphy Stadium (1981-1997), and Qualcomm Stadium (1997-2017).

Whatever you call it - The Murph, The Q - the stadium has been home to great teams and great memories over its 50+ year history. It was home field for the San Diego Padres from their founding year in 1969 through the 2003 season when they moved to Petco Park. The San Diego Chargers played there from their first season in 1967 through their move to Los Angeles after the 2016 season. The stadium has also hosted three Super Bowls, two MLB All-Star Games, and countless concerts and other events.

From baseball games to memorable music events to a beautiful 9/11 tribute, we found some of our favorite stadium moments to share. What are yours?

These clips from October 1984 capture the fan frenzy at Jack Murphy Stadium and all around San Diego as the Padres won the National League pennant and headed to their first World Series appearance. Fans at the stadium, in bars and out on the streets shared with News 8 what it meant to see their team go that far. Unfortunately, the Pads didn't win the World Series but the good memories live on.

The San Diego Padres could get another chance at the World Series this year as they've already clinched a spot in the playoffs for 2020.

Following a San Diego Padres game on May 2, 1982, fans were treated to a post-game Beach Boys concert. As the stage was wheeled out on the field, clowns and cheerleaders entertained the audience. The band made its grand entrance in a woodie wagon then hit the stage performing "California Girls" as their first song.

People came together to create a most incredible sight at Qualcomm Stadium in San Diego on September 22, 2001. Thousands gathered to create a human flag in honor of those lost on 9/11. News 8's then sister station Star 100.7 with Jeff and Jer hosted the event.

Folk-pop duo Simon and Garfunkel performed at what was then Jack Murphy Stadium in the summer of 1983. The two played some of their most celebrated songs including “Mrs. Robinson” and “America.” One attendee complained to News 8’s John Culea about having to wait over an hour for the concert to start. But most fans, young and old, were happy to have the experience even from the cheap $15 seats at the top of the stadium.

Known for his way with words, News 8’s Larry Himmel sat in an empty San Diego Stadium in 1979 to share a poem about the losing streaks of local teams.

Here's a look at the demolition of the stadium that started in Sept. 2020:

See more San Diego sports memories in the playlist below: