This week we're sharing a trio of iconic - albeit very different - male vocalists and some of the stories News 8 has done on them over the years. 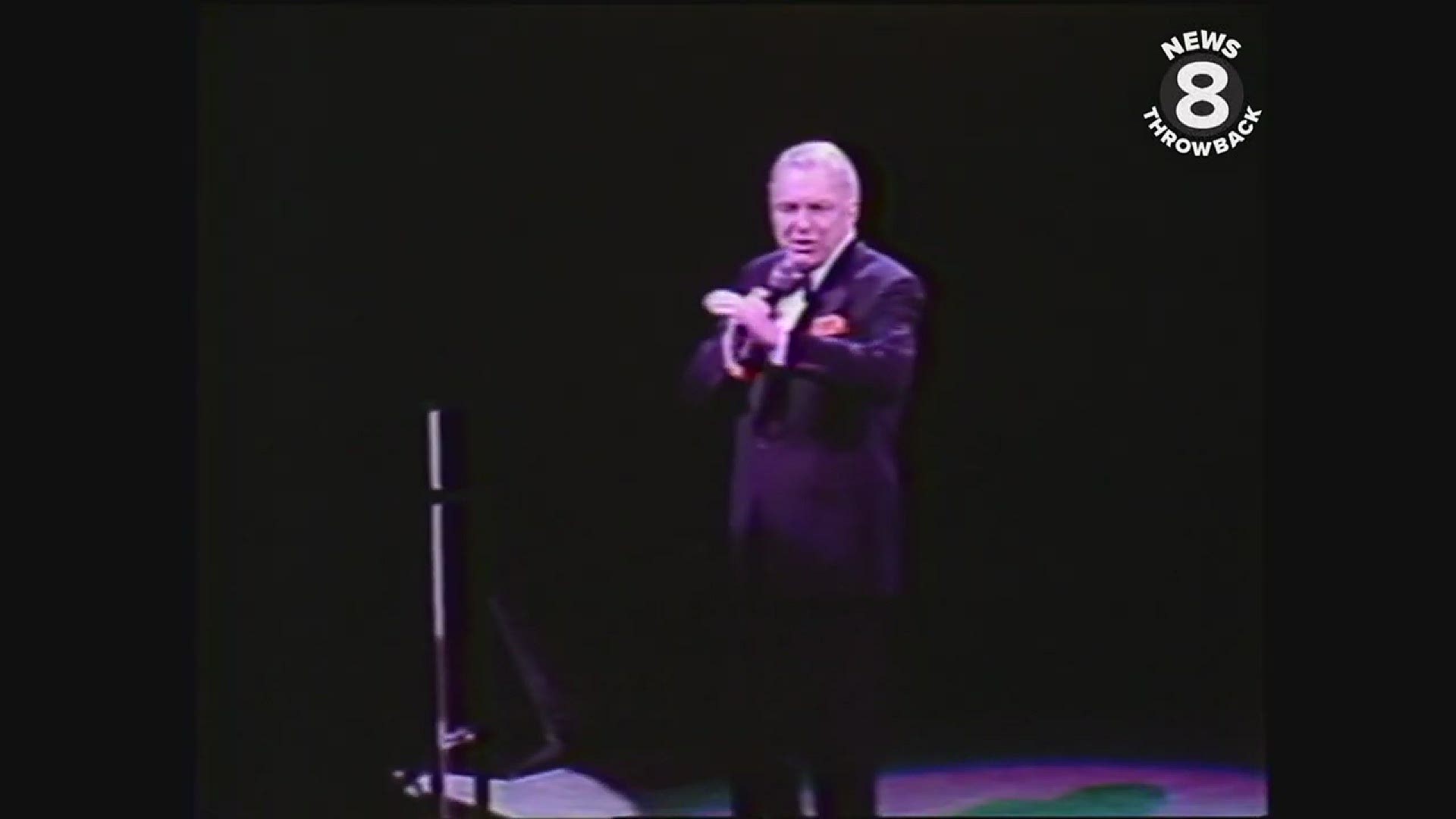 SAN DIEGO — They come from different musical genres and they would have never been on the same bill, but here they are—together in News 8 Throwback. This week we're sharing a trio of iconic - albeit very different - male vocalists and some of the stories we've done on them over the years including some incredible performance footage.

Stars don’t shine any brighter than these musical superstars: Frank Sinatra, Luciano Pavarotti, and Stevie Wonder. If somehow none of these gentlemen are your style, have no fear, we have many more music legends to share with you in future News 8 Throwbacks.

The legendary performer Stevie Wonder was in town in support of San Diego city schools' art education program "Young at Art." In perfect pitch, he belts out "I Just Called to Say I Love You" to the students' delight. He gave his love and told them he had complete belief and faith in all of them.

A gem from the News 8 archive. Hopefully, the children in this video will see themselves. They no doubt must remember this day 30 years ago.

When Frank sings people listen says News 8 reporter MG Perez.  A fan says he can get you going with "New York, New York" and then one of his ballads can just send you completely away. Fans of all ages paid $41 dollars to see the 75-year-old legend belt out tunes effortlessly. "My Way" sounds incredible but only leaves us wanting to hear more. Surely a night to remember for those who saw ol' Blue Eyes sing like no one else--an iconic, unforgettable voice.

In 1992, News 8's Hal Clement profiled the one-and-only Frank Sinatra who was the subject of a CBS miniseries at the time, simply titled "Sinatra." Clement talked about the ups and downs of Ol' Blue Eyes' career and his continued popularity. He also spoke to several fans of the crooner - at at least one music fan who had never heard of the man sometimes known as The Voice. The piece also includes bits from Sinatra's 1991 concert in San Diego seen above.

Sinatra returned to San Diego for a benefit concert for the National Multiple Sclerosis Society in December 1993. Don Rickles performed also. In this News 8 footage, Sinatra is seen singing "For Once in my Life" - a Stevie Wonder classic.

The finest opera singer in America's Finest City--Luciano Pavarotti. He was in town to perform a benefit concert for The San Diego Opera. Six hundred people paid as much as  $250 to hear the legendary tenor perform at The Sheraton Harbor Island Hotel. News 8's John Culea talked to him about the movie he was about to make. The movie was "Yes, Giorgio" and it was released in 1982.

At a news conference in San Diego, Pavarotti referred to his own artwork as a big joke--it's in the video and it's bellisimo. He told News 8's John Culea that his most memorable performance was for Pope John Paul II in 1979. He was so overwhelmed to see him in person it almost paralyzed him. John called him a gentle person and said he just wanted to be remembered as a good man. In this conference, he said he hoped to sing until the age of 95. Sadly that did not come to pass. He died at the age of 71 in 2007.

Legendary opera singer Luciano Pavarotti performed at the San Diego Sports Arena in 1985. The most expensive tickets were $500 for the front section. Backstage he said the beauty of the music is that it's international and it allowed him to meet so many people and that it was great for him. News 8's Patrick Crosby was there.