From four destroyers returning in 1965 to a Desert Storm-era ship return in 1996, this week's Throwback collects memories of Navy homecomings in San Diego. 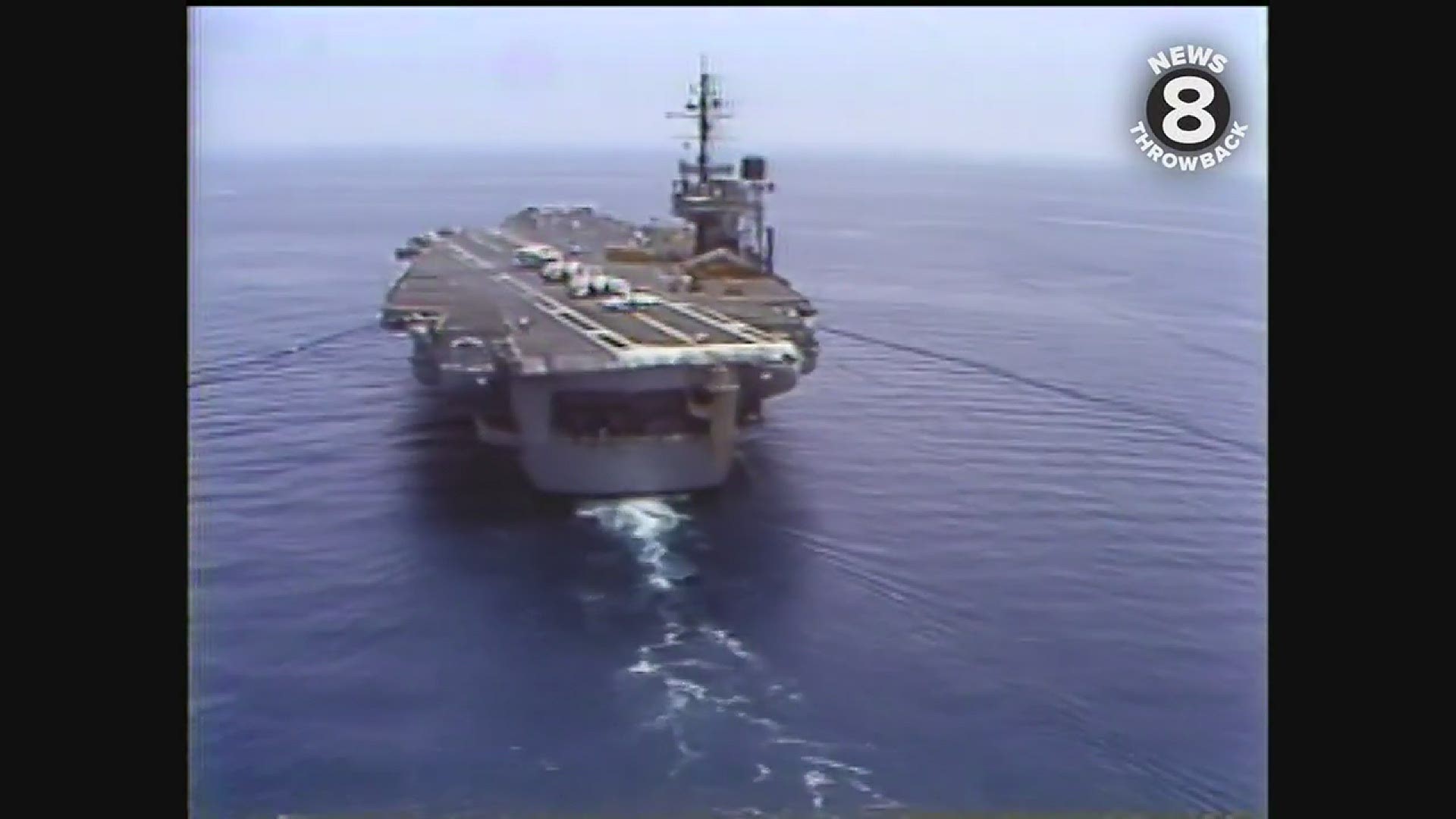 SAN DIEGO — As a military town, San Diego has served as homeport to several Navy ships over the years. News 8 was there to capture the emotional homecomings whenever these vessels returned to America's Finest City after lengthy deployments. From multiple destroyers coming home in 1965 to military spouses greeting loved ones in 1996, this week's News 8 Throwback captures some of the magic moments of these happy reunions.

Four destroyers returned to San Diego on Sept. 11, 1965, from six months of duty in the Far East. They operated with the 7th fleet off Vietnam. Their duties included bombarding Viet Cong shore installations, boarding and searching junks, escorting aircraft carriers and participating in rescue operations. Each of the four ships earned the Armed Forces Expeditionary Medal for Vietnamese service.

The supercarrier U.S.S Kitty Hawk returned to San Diego in June 1966. She had departed San Diego on October 19, 1965. According to News 8's original script from June 11, 1966, the first contingent of planes from the aircraft carrier returned after eight months off the coast of Vietnam. Family and friends gathered to welcome back 15 men aboard the planes ahead of several more that were arrived at Miramar the next day (The June 12th arrivals can be seen at 40 seconds into the video below.)

One flier had a special reunion on June 11th - Robert Caude got his first look at his 2-month-old son Brian.

News 8 got up close and personal with some of the 6,000 sailors aboard the U.S.S. Constellation as it pulled into port in San Diego on May 17, 1979. Some crewmembers shared their feelings while out to sea - ranging from boredom to excitement; others shared plans for arriving in port and planned to "go get drunk" one laughing seaman told reporter Doug McAllister. There were lots of smiles on the ship and onshore as the "Connie" sailed into San Diego.

The U.S.S. Tarawa returned to San Diego on October 19, 1996, after six long months at sea. The ship was originally slated to be home six weeks earlier but became part of Operation Desert Strike. Families anxiously awaited the ship's arrival that morning and News 8 was there to capture the emotional reunions. Reporter Kevin Cox spoke to Sheila Harper who had won a raffle to get the "first kiss" when the crew arrived home. The military mom spoke to News 8 about the challenges of having a Navy husband out to sea for so long.