“On the Move” was a News 8 series in the 1970s that involved finding and visiting interesting places around Southern California and beyond. 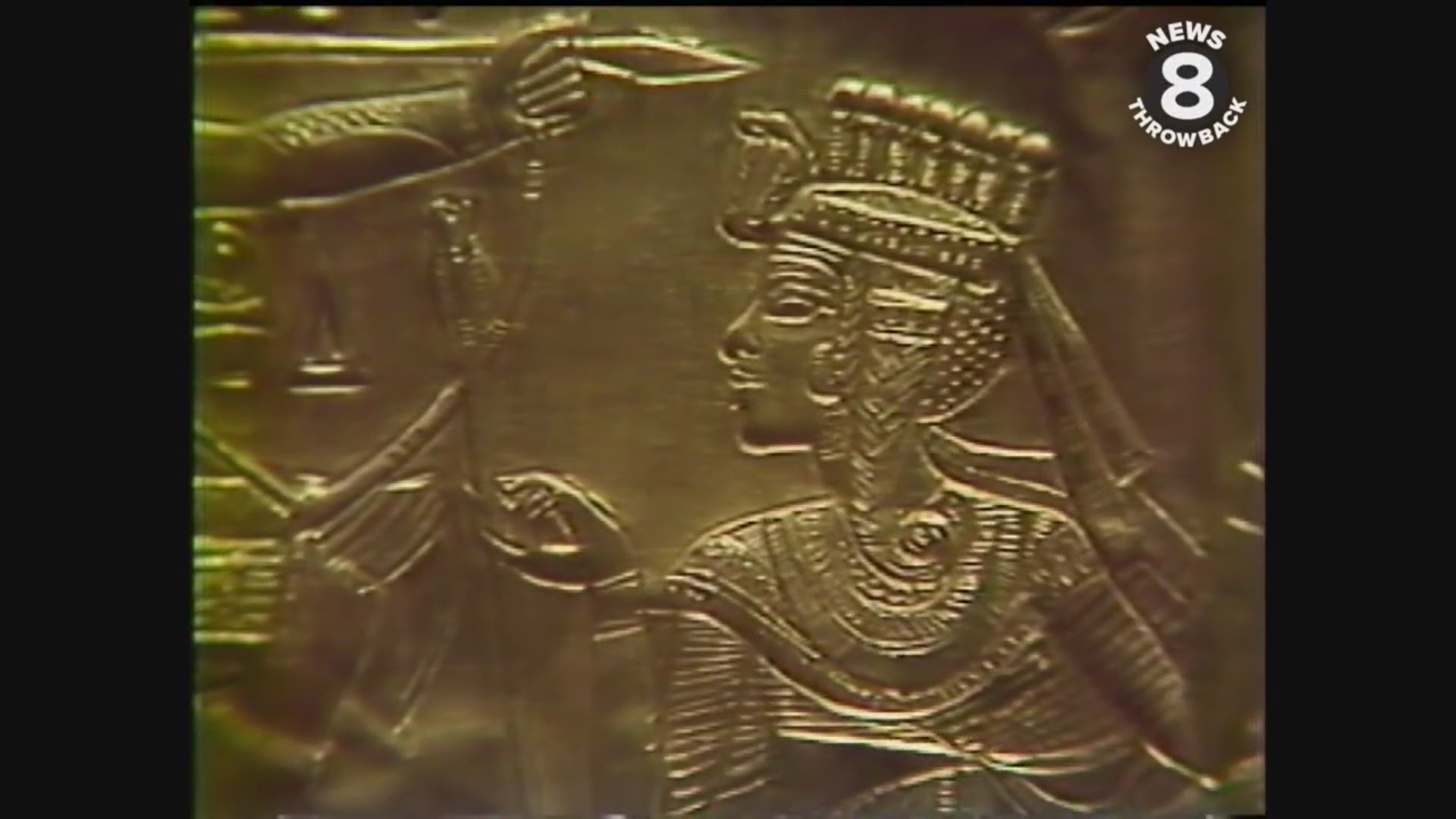 SAN DIEGO — In the late 1970s, News 8 featured a series called “On the Move,” which was the brainchild of Jim Holtzman who was our beloved news director from 1978 to 1993. The concept involved finding and visiting interesting places around Southern California and beyond. Though short-lived, the reporter and others who worked on the pieces remember them with great fondness.

Earlier this summer, we found clips that explored Twin Inns in Carlsbad, how Carlsbad got its name, the Point Loma Railroad House, and a museum at Camp Pendleton with an interesting history.

We hope you enjoy what we dug up this time!

On February 14, 1978, “On the Move” took reporter Doug McAllister to the Los Angeles County Museum of Art (LACMA) for a look at the "Treasures of Tutankhamun" exhibition which was to open the next day. The collection, which made its way to six U.S. cities in the 1970s, included 55 pieces of religious art that were part of King Tut’s tomb. Doug described some of the pieces on display and the video shows some of their incredible detail. The Treasures of Tutankhamun broke attendance records at LACMA as approximately 1.25 million people toured the show between Feb. 15 – June 15, 1978.

Former first lady Betty Ford was among the visitors to LACMA the day the exhibition opened as seen in the picture below.

Credit: AP
Betty Ford views a gold burial mask of Egyptian Pharaoh Tutankhamun during the premiere viewing of the "Treasures of Tutankhamun" exhibit at Los Angeles County Museum of Art, Feb. 15, 1978. Both Mrs. Ford and the mask are reflected in the walls of the Plexiglas cube protecting the piece. (AP Photo)

For this edition of “On the Move,” News 8’s Doug McAllister visited Rosecroft Gardens in Point Loma. Doug called it “one of the nicest places you’ll ever want to see, run by some of the nicest people you’ll ever want to meet.” The gardens included not only a retail nursery but also beautiful grounds specializing in begonias that people were welcome to visit. A fern pine with twisting branches caught Doug’s eye and was “the only living product of five seeds brought from Africa by Teddy Roosevelt in 1906.”

More history of Rosecroft estate can be found here.

The La Brea Tar Pits still draw tourists these days and in 1978, News 8’s Doug McAllister went “On the Move” to learn more about them. As of that year, over 500,000 Ice Age specimens had been recovered from the pits including 200 different kinds of animals, insects and plants. The George C. Page museum had opened nine months before Doug’s visit to house the discoveries from the tar pits. That year the pits were being explored again for the first time in 50 years. According to the La Brea Tar Pits website, at last count in 1992, the collection held over 3.5 million specimens.

Another out of town trek took “On the Move” and News 8 reporter Doug McAllister to the desert of Yuma, Arizona, to visit the Yuma Territorial Prison Park. Doug shared history about the prison which operated from 1876 to 1909. Though many tried to escape the prison, most were caught and ended up with a ball-and-chain for the rest of their stay. This clip shows pictures of the two inmates who were successful at making it out, but it was unknown if they survived or died in the surrounding desert.