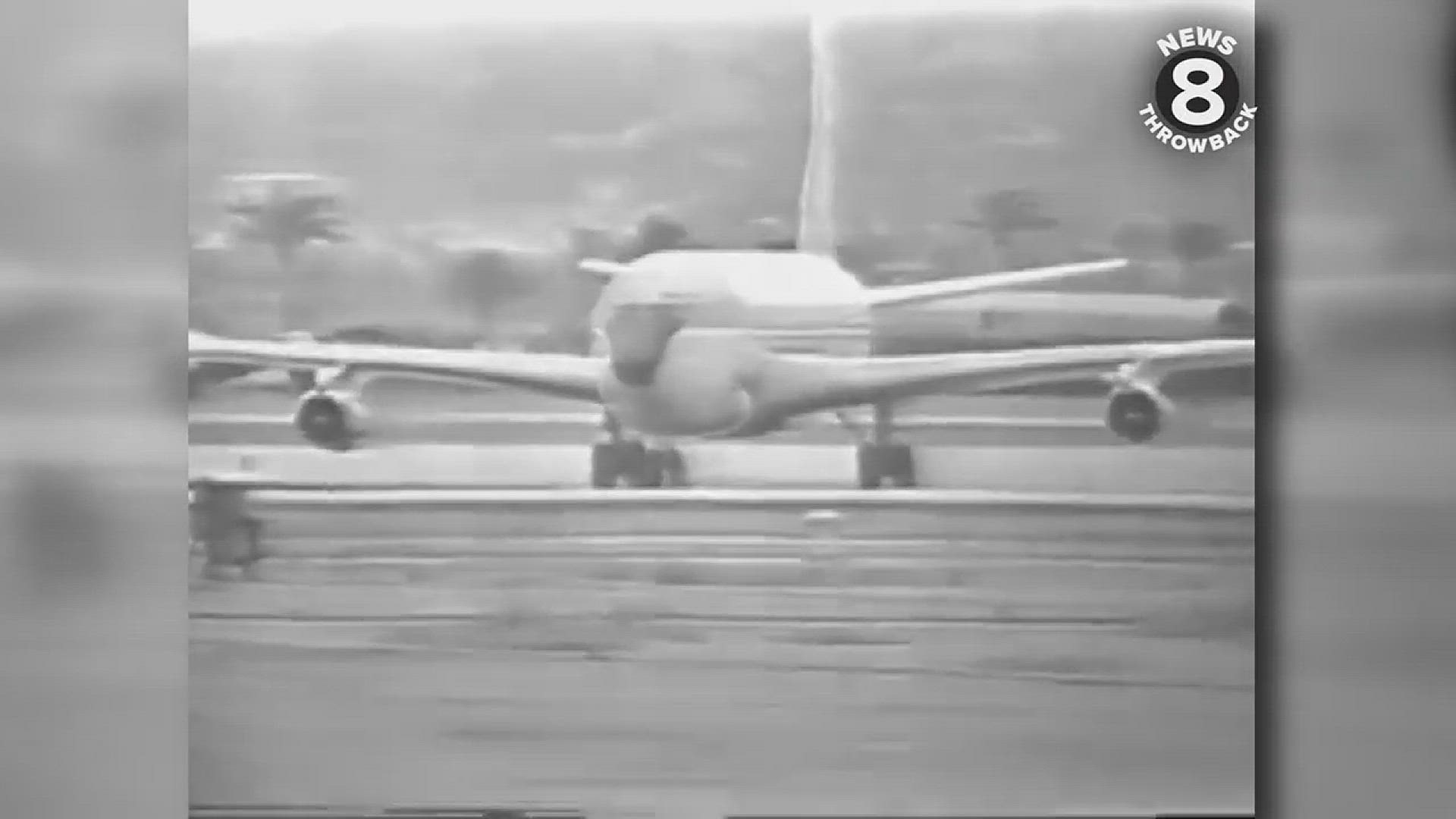 SAN DIEGO — As many celebrated the Presidents Day holiday this week with a day off from school or work, we are taking the opportunity to look back at some visits by past POTUSes to America’s Finest City. The first of two parts, this week’s News 8 Throwback includes clips with several men who held the United States’ highest office including: John F. Kennedy, Richard Nixon, Gerald Ford, Ronald Reagan, and Jimmy Carter.

These videos span several decades from a 30-minute special on JFK’s San Diego visit in 1963 to former President Gerald Ford speaking to local reporters about economic challenges in 1981.

President John Fitzgerald Kennedy made a visit to San Diego on June 6, 1963, just a few months before he was tragically assassinated. This 30-minute News 8 special includes some of the highlights of Kennedy's trip from the cheers at his arrival to the presidential motorcade which made its way through San Diego along El Cajon Boulevard. San Diegans lined the streets to catch a glimpse of JFK as marching bands played.

President John F. Kennedy next made his way to San Diego State College's commencement where he was given an honorary doctor of law degree. Kennedy also delivered a commencement address to about 30,000 people at San Diego State University's Aztec Bowl. Also on President Kennedy's itinerary was a stop at Marine Corps Recruit Depot San Diego where he was greeted by a 21-gun salute, visited receiving barracks, observed drills, and addressed military personnel

This archive footage of Richard Nixon in San Diego starts with a brief interview with News 8’s Harold Keen and silent footage of Nixon on unknown dates in the 1960s before he was elected the 37th President of the United States. The clip continues with a story by News 8’s Doug McAllister from 1978 when former President Nixon visited San Diego. It includes footage from then-President Nixon’s stop in America’s Finest City in 1972.

This video includes two visits to San Diego by former President Gerald Ford. The first report comes from Sept. 30, 1977, just months after he left office. In it, Ford talks about his support for the ratification of the Panama Canal treaty and his feelings on some of the candidates running for office in California. The next piece comes from Feb. 10, 1981, when the 38th President of the United States spoke to San Diego reporters about the economic challenges facing then-President Ronald Reagan saying, “he inherited a mess from President Carter.”

America's 39th president Jimmy Carter visited San Diego on October 11, 1979. Community leaders lined up to greet the president while others watched from afar. News 8's Liz Pursell reported that President Carter surprised members of the press and scouts from Tierrasanta by approaching them after he arrived. With a big grin on his face, he spoke with the crowd briefly before being whisked away. Carter was in town to speak to labor leaders and attend a reception at the Hotel del Coronado. At his second stop, Carter spoke about his time living in San Diego years before.

This clip of then California Governor Ronald Reagan starts without sound but includes portions of a speech he gave at San Diego's Hotel del Coronado in 1969. The future 40th President of the United States spoke about the increased number of young people attending college in America and the challenges facing high education institutes on Sept. 26, 1969.

This silent film of Ronald Reagan from 1975 shows the former California Governor and future President of the United States on a visit to San Diego. Reagan spoke at a “hardwareman’s convention” at the Town and Country Hotel in Mission Valley on July 31, 1975. According to the script from that day, which you can see pages of in the video, reporters asked Reagan about a bid for the presidency which he said there had been no decision on yet. He also said he would not consider vying for the vice presidency.

These snippets of President John F. Kennedy, President Richard Nixon and President Ronald Reagan all come from the News 8 archives from the 1960s. Sun Up San Diego host Bob Mills interviews JFK in the first clip while then-Senator Kennedy was on the campaign trail. News 8's Harold Keen interviews Kennedy, Nixon, and Reagan in the following pieces.