Jesse was a two-time organ recipient, after having been born with polycystic kidney disease. One of his final wishes was to become on organ donor himself. 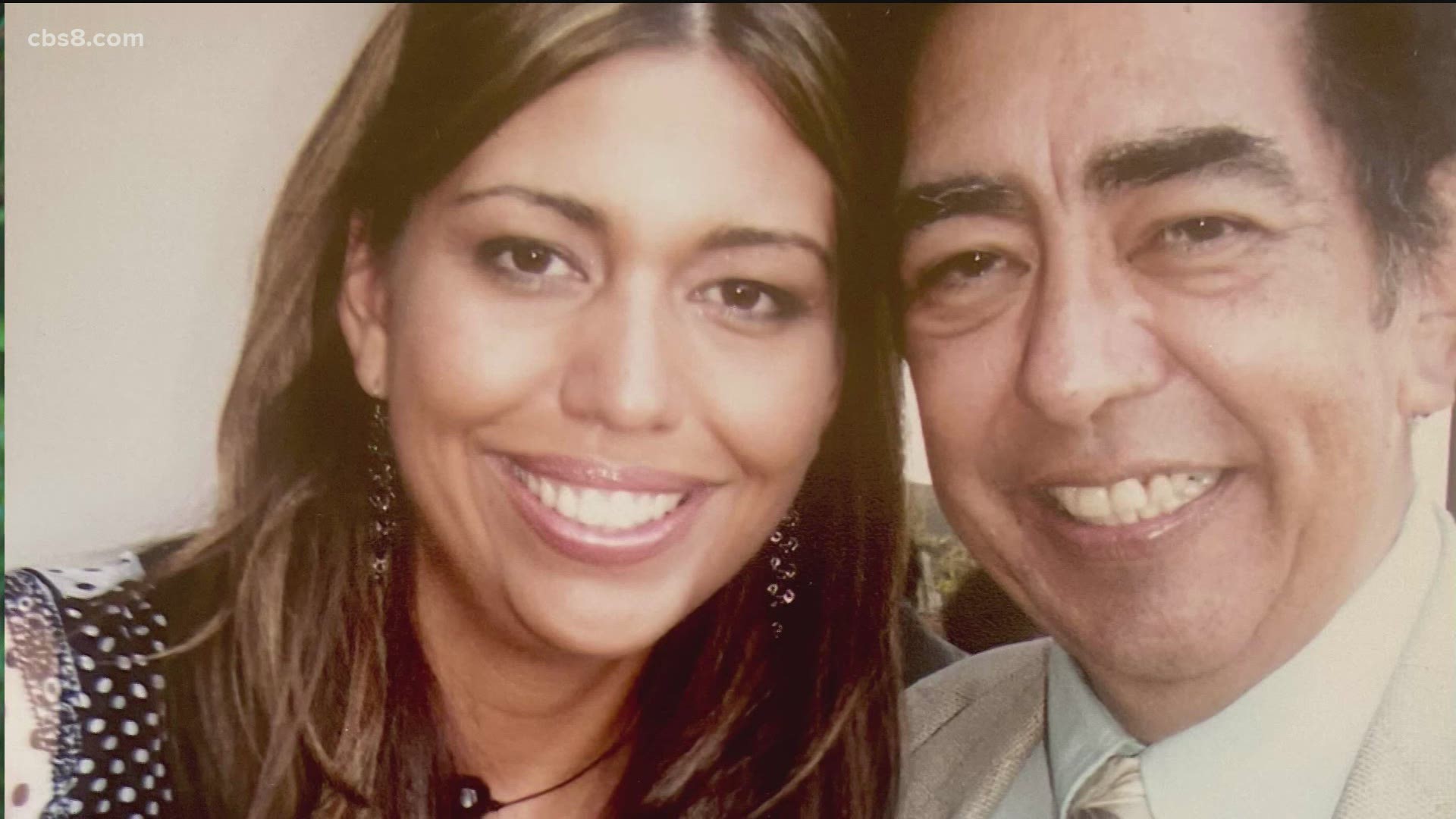 SAN DIEGO COUNTY, Calif. — Former News 8 reporter Jesse Macias passed away last week after a lengthy illness. While here in the 1970s and '80s, Jesse made a huge impact on his coworkers and the viewers. In posts about his death online, fans and friends have shared fond memories and kind words for the newsman. Jesse's career also included being a founding member of the California Chicano News Media Association which earned him induction into the National Academy of Television Arts & Sciences, Pacific Southwest Chapter Silver Circle in 2017.

Former colleagues of Jesse described him as "always friendly" and "a gentleman and a pleasure to work with." Those who knew him elsewhere shared that he had "a wonderful sense of humor and outlook on life" and called him a "trailblazer."

In his time with News 8, Jesse reported on a range of topics from the PSA Flight 182 crash of 1978 to the history of the Easter egg in 1981 to bighorn sheep in the Anza Borrego Desert in 1984.

But, reporting the news wasn't his only legacy.

Jesse was a two-time organ recipient, after having been born with polycystic kidney disease. One of his final wishes was to become a donor himself.

Not only did Jesse register to donate his organs, but the rest of his body for education and research. It's his way of giving back to a cause and a community he loved so much.

His daughter Mariana Palmer tells News 8, “I know that's what he would have wanted.”

Jesse's loved ones say his transplants did not play a role in his death. He died from complications related to a stroke and minor heart attack.

Below are a few Throwback clips that capture some of Jesse's magic along with comments and memories shared about Jesse this week.

In the summer of 1978, Jesse took a trip to the oldest community in Baja California. In Ensenada, Mexico, he explored the history of the area and the growing industries of the port city. Jesse also visited one of Ensenada's oldest bars, Hussong's to mingle with locals and tourists.

Jesse Macias explores the history of the Easter egg 1981

For a different sort of Easter egg-perience, Jesse explored the history of the Easter egg for this 1981 report. He found the art of egg-decorating went back hundreds of years starting long before the Easter Bunny hid the colorful orbs. Jesse also found a variety of egg-cellently decorated eggs that year - including a goose egg made in the likeness of then News 8 sports reporter Ted Leitner. But his favorite was the "8" logo egg.

Also in 1981, Jesse did a three-part series on “the future of technology” in San Diego. In part 1, he reported on the evolution of the computer from room-sized systems with vacuum tubes in the 1950s to what he called a “pocket computer” in 1981. He talked about how these technological advances were seen at banks and gas stations and were especially impacting the world of gaming with the entertainment of “Space Invaders” and education of toys like a “Speak and Spell.”

Jesse's sense of humor shines through in this report for Mother’s Day 1979. In search of gifts for a modern mama, Jesse's suggestions are a snapshot of the era and include monogrammed disco jeans, roller skates, and a jogging outfit “to keep her in shape for the summer.” Other ideas are quintessentially San Diego from tickets to a Padres game to hang gliding lessons. And some of the proposed presents are quite unique: weed-eating goats, a tarantula, a live Maine lobster and tickets to the Classic Cat Theatre in La Mesa – which featured live nude male dancers!

This story took Jesse out of the city and out of his usual newsman threads. Donning jeans and a polo and losing his signature glasses, Jesse hiked around the desert with park rangers on the lookout for bighorn sheep

Here are just a few of the sweet tributes that have been paid to Jesse since his passing:

"I had the pleasure of meeting Jesse during one of his hospital stays. He was the nicest man with a wonderful sense of humor and outlook on life," - Sarah O'Neal.

"Feeling sad. Jesse and I worked together many, many years ago. I will always remember the crazy antics and laughter. I can hear it now," - Rosemary Krupp.

"That dude was a treasure. there was once a blooper where he lost his umbrella at the rollercoaster and proceeded to drop the mic and chase it across the parking lot. One of the funniest clips I remember seeing in the early '80s," Ken Lewis wrote.

"He was a big part of bringing News 8 to the forefront. Always friendly, very often funny, a gentleman and a pleasure to work with," former News 8 reporter Doug McAllister shared on Facebook.

"Jesse Macias was one of the few, if not the only, Hispanic TV reporters in San Diego in the '70s. He was a trailblazer and well thought of," Harry Lee Martin wrote.

"What a great disposition…always smiling and laughing, even at himself," wrote Leslie Groza Ineman.

"Working with Jesse was always fun, and always an adventure. Will continue missing him," former News 8 photojournalist Bill Tracey shared.

"News 8 photojournalist Ron Espinoza once said that Jesse was the most popular reporter he ever worked with--everyone wanted to meet him when they were out in the field. He really was something special," News 8 Archives Editor Barb Nielsen shared.

"Jesse [was] shocked at my mixing up centenarian with centurion on a story I did about people 100 years or older. He was right, I was wrong, but he didn't make me feel like the idiot I was for making that blunder."