From boarding by the beach in the '70s to Tony Hawk’s Boom Boom HuckJam in the 2000s, our archives are a treasure trove of videos from the various eras of skating. 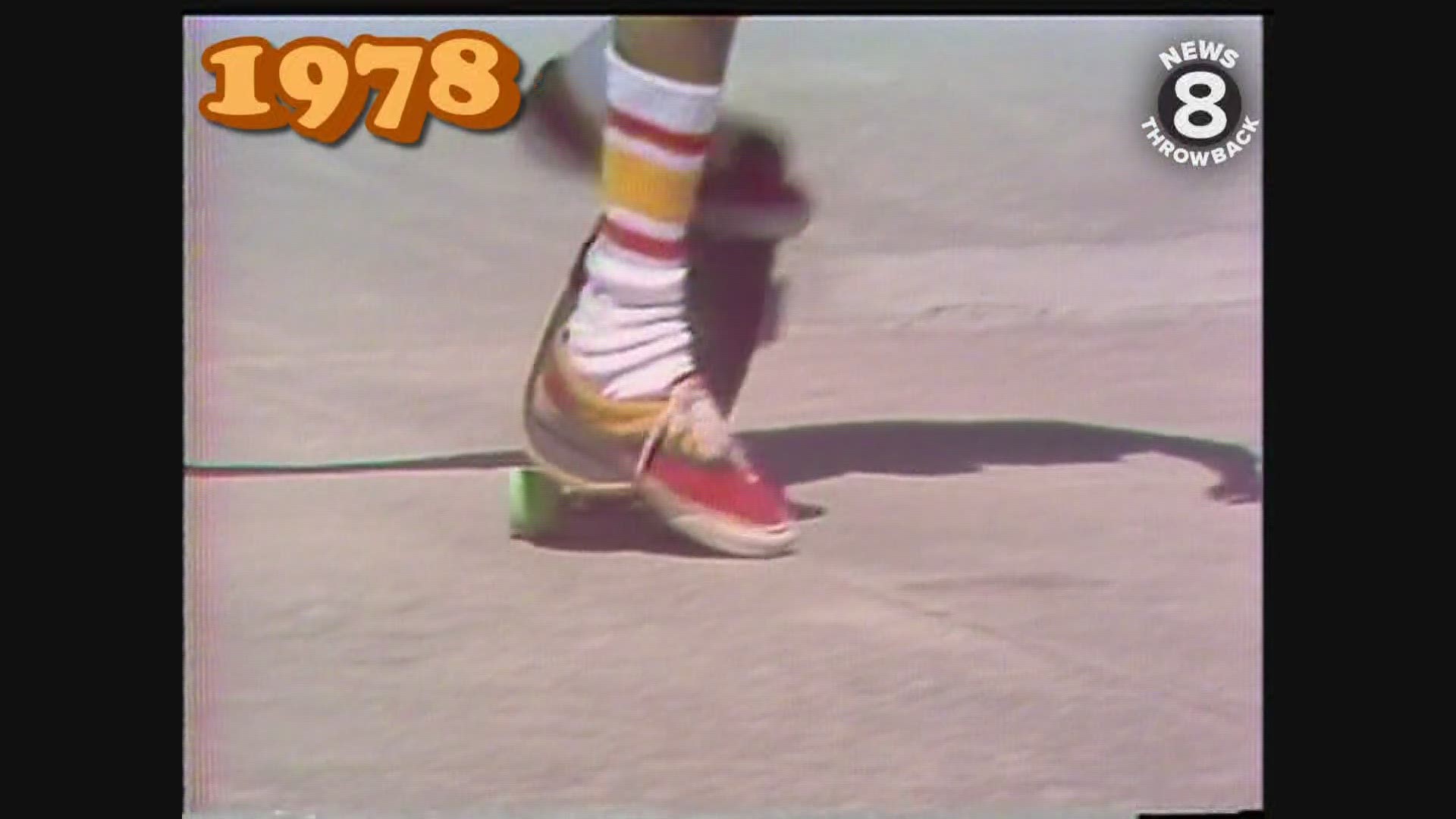 SAN DIEGO — San Diego is known for its beautiful weather so it’s no wonder many locals spend a lot of time outdoors. Of course, we need a way to get around and want to have fun doing it! As skateboarding and roller skating rose in popularity, San Diegans bounded on boards and strapped on skates to make their way around America’s Finest City - and they learned a few tricks along the way.

From boarding by the beach in the 1970s to Tony Hawk’s Boom Boom Huck Jam in the early 2000s, our News 8 archives are a treasure trove of videos from the various eras of skating.

In the summer of 1978, the Oceanside National Pro-Am in North County San Diego featured professional and amateur skateboarders - both men and women. While most of the skaters were from California, some came from as far as Japan and England. 28-year-old Russ Howell of Long Beach - nicknamed "Grandpa" because he was "old for the sport" - was favored to win and had appeared on "The Tonight Show Starring Johnny Carson" and "To Tell the Truth." News 8's Doug McAllister was there to capture all the tricks and turns of the competition.

During the summer of 1981, 10 roller skaters attempted to break a Guinness World Record at Roller World in Santee. When News 8's Loren Nancarrow caught up with the trio of teenagers left after seven days, they were in good spirits but still had had seven more days to go. They needed to stay on their wheels for 332 hours and 20 minutes to break the record.

Of course, we had to know if the 1981 roller skaters broke the record! The script below from our archives solved the mystery: Robert Zorn, Cary Cube and Ken Morris broke the previous record by more than five hours!

In the spring on 1994, News 8's Larry Himmel caught up with skateboarders of all ages at the skate park located at the Magdalena Ecke Family YMCA in Encinitas. In addition to locals ages 6 - 67, the park boasted professional skaters Tony Hawk and Alphonzo Rawls as clientele. 25 years later, the skate park is still a staple of the Encinitas YMCA.

Speaking of the legendary Tony Hawk. During the summer of 2005, News 8 reporter Beth Shelburne spoke with the famed pro-skater and San Diego native about his extreme sports event Boom Boom HuckJam - then in its third year. Tony shared details about the latest iteration of his event. As it was not a competition, the participating skateboarders and other athletes had the freedom to try new, exciting things in front of captive audience.

"History has been made on our tour before," said Tony. "Someone tries something they've never tried before - and they make it."

Members of our KFMB staff and other skating San Diegans also got in the fun on this Throwback digging up their own groovy skateboarding and rollerskating pictures. Enjoy the photo gallery below with skating snaps of News 8 talent and locals who were willing to share.

1 / 11
Jeff Zevely
News 8's Jeff Zevely crushing it on his board back in the day.

News 8 also had a skating celebrity in our midst up until a couple months ago. Former newsroom manager Moana Pitcher was once a skating champion.

While the News 8 archives boast videos and images from as far back as 1949, the city’s digital archive holds even older hidden gems. The pictures below courtesy of City of San Diego, Office of the City Clerk show youngsters in the 1930s roller skating during the California Pacific Exposition in Balboa Park.

Editor's note: A previous version of this story incorrectly identified the skateboarder in the 1978 video. We regret the error.