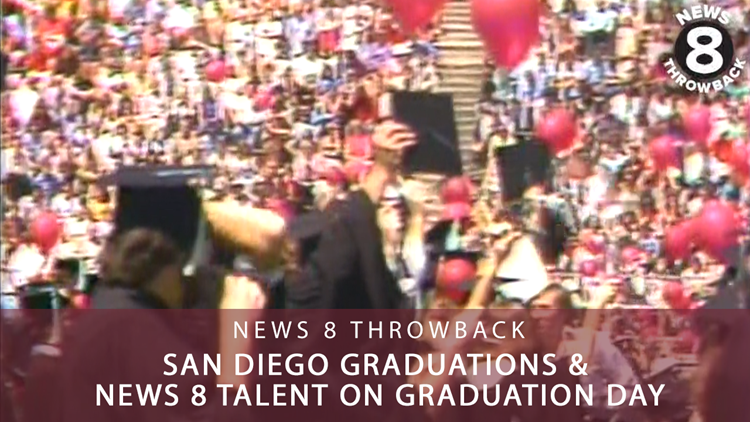 SAN DIEGO — Graduation season in San Diego is well underway with many high schools holding ceremonies earlier this week, several middle schools hosting promotions later this month and college commencements coming all along the way. As youngsters make their way from one grade level to another and older graduates leave their academic careers behind, we want to celebrate this very special time for students and their families.

From the News 8 archives here are a few clips that captured the momentous occasions of San Diego graduations over the years and photos from News 8 staff on their graduation days.

On May 21, 1978, several San Diego universities held graduation ceremonies and News 8 was there to capture the milestones. At the University of San Diego, 274 students graduated from the school of law that day while 6,000 students participated in commencement at San Diego State University. Reporter Jesse Macias spoke to graduates about their plans for the future.

In the summer of 1980, San Diego high schools were preparing for graduation with practice ceremonies. News 8's Liz Pursell visited Patrick Henry High School where students told her their plans for the future which included heading to Stanford University, making a lot of money, working as a logger, and continuing school because if not - "my mom would make me pay room and board."

In 1980, News 8’s Liz Pursell also covered graduation at San Diego State University. One of the highlights of this clip is future astronaut Ellen Ochoa describing her plans for the future: “I’m going to graduate school in the fall. I’ll be in the electrical engineering department at Stanford University.” Ochoa went on to become the first Hispanic woman to go to space when she served on a mission aboard the shuttle Discovery in 1993. Other graduates that year had less lofty goals including becoming “a permanent lifeguard” and “going home to play for a while.”

Seniors at Hoover High School in San Diego celebrated an important milestone on June 11, 1991 and News 8 was there. Reporter MG Perez spoke with the graduating students about their future plans - many of which included furthering their education. The Class of 1991 in San Diego included about 19,630 high school graduates across the county.

For another blast from the past we’ve gathered some of KFMB Stations on-air – and off-air – talents' graduation pictures. From kindergarten to college, enjoy these throwbacks of your favorite News 8 and 100.7 San Diego personalities. 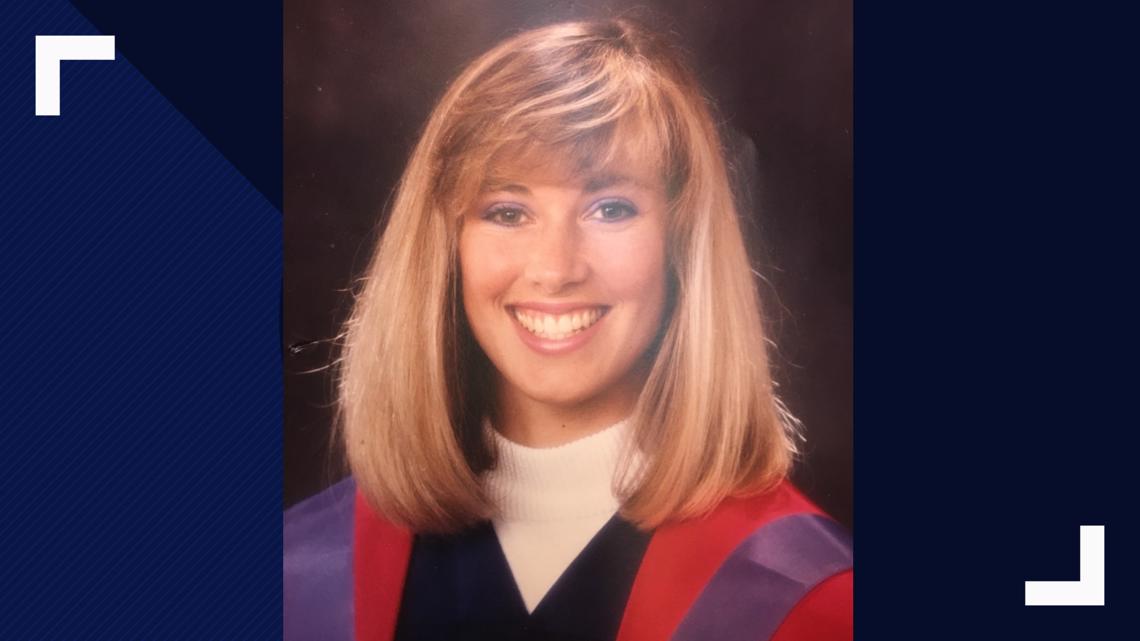