While we hope we’ll all be root, root, rooting for the home team again soon, here’s a look back at some San Diego Padres memories from our News 8 archives. 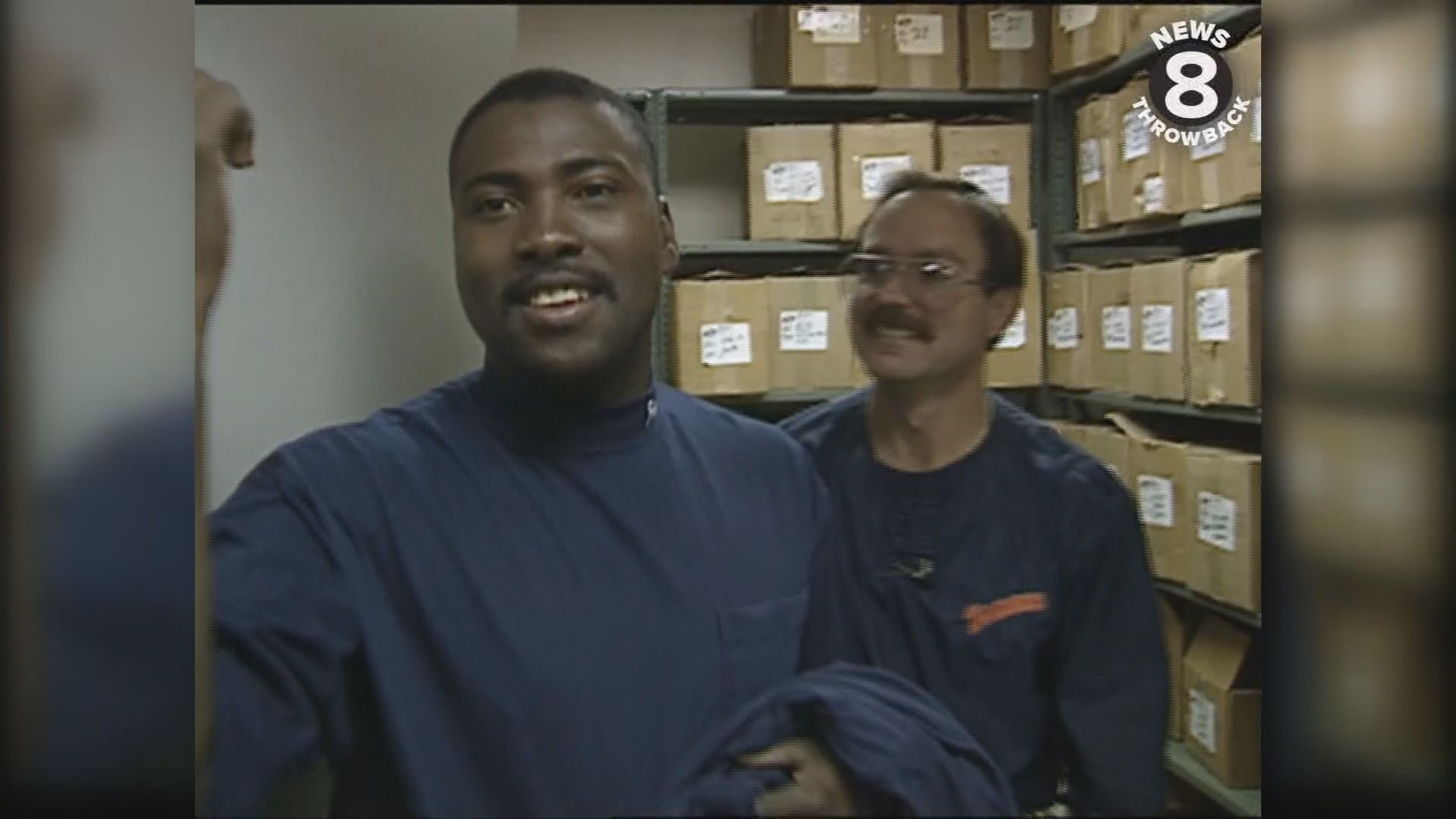 SAN DIEGO — We know lots of San Diegans wish they were soaking up the sun at Petco Park this week celebrating another season of Padres baseball. Our local team’s season was slated to start Thursday, March 26, but was postponed when Major League Baseball suspended spring training and pushed back Opening Day across the league earlier this month due to concerns over coronavirus/COVID-19 pandemics.

While we hope we’ll all be root, root, rooting for the home team again soon, here’s a look back at some San Diego Padres memories from our News 8 archives. We hope they satiate some of your sports cravings while we await word on when the 2020 MLB season will start.

We start with a blast from the past! In May of 1980 News 8’s Ted Leitner and photojournalist Tom Warren got an up-close experience going on the road with the San Diego Padres. The first part of the series shows the players passing the time aboard owner Ray Kroc’s personal 727 airplane. Longtime Padres broadcaster Jerry Coleman was the manager that season and spoke to Ted about the difficulties of travel and being away from home. At the team’s first stop in San Francisco, pitcher Rollie Fingers spoke about going to the movies and playing cards with Randy Jones after games.

In part two, Leitner compared the on-the-road experience of veteran players to that of rookie Gary Lucas who was loving every minute of traveling with a major league team instead of what he was used to in the minor leagues. Over breakfast with legendary Padres pitcher Randy Jones, Leitner talked to players about their per diem for meals which was $29.50 a day at that time (they also got $99.50 a week for expenses). The series ends with some fun with the team’s prankster Kurt Bevacqua and bidding the team farewell as they headed out for another road trip without our News 8 crew.

Former News 8 Chief Photographer Tom Warren wrote the following about his memories of the road trip with Ted and the Padres:

“It was a dream trip for me. My family held Padres season tickets to the major league team from the beginning and because of my dad’s business I spent a lot of time around the minor league Padres at Westgate Park. So, to follow the team on the road was a treat. We flew with the team to San Francisco, stayed in their hotel, ate breakfast with Randy Jones, breakfast with Ozzie Smith, rode on the team bus to and from the games. Fantastic experience; one that today’s protected players would never allow. Most of the players were incredibly nice to us, especially pitcher Gary Lucas and manager Jerry Coleman. The access we had would be unheard of today; in the locker room right up to and after the game, shooting from the dugout during the game. Coleman had made the jump from broadcaster to manager that year and not all the players were on board with that, but he was a class act to us and it was one of those trips I would have gladly paid the station to cover rather than the other way around (don’t tell them).”

Former MLB baseman Tim Flannery spent 10 seasons with the San Diego Padres. His second career was as a feature reporter with News 8 from 1989 until 1992. His segment was called Good News. In the first of this two-part series from April 1991, Flannery talks to players about their love for the game – not just the paycheck. In part two, Flannery talked about different aspects of enjoying a game and got a lesson in score-keeping from none other than longtime Padres broadcaster Jerry Coleman. Houston Astros manager and former Padre Doug Rader "The Red Rooster" makes an appearance in part two.

Another 1991 piece with Tim Flannery was a feature on the San Diego Padres equipment manager Brian Prilaman. Brian had been at the gig for 20 years at that point approaching even menial tasks with a smile and laughter. He talked to News 8 about all the different equipment and items he was in charge of including ordering 200 dozen bats a season! “It’s like a mini sporting goods store,” he said.

To commemorate what should have been Opening Day for Major League Baseball, the San Diego Padres teamed up with Phil’s BBQ to provide lunch Thursday for many healthcare workers in the county. Some of them included UCSD Healthcare and San Diego Blood Bank employees and volunteers.. In addition, the Padres played “God Bless America” in front of an empty Petco Park as a symbol of solidarity with our resilient country and all of its citizens in this time of crisis.

A couple other Padres videos we have shared before deserve another look. Here are some clips from the 1990s with two Padres legends: Tony Gwynn and Ken Caminiti: