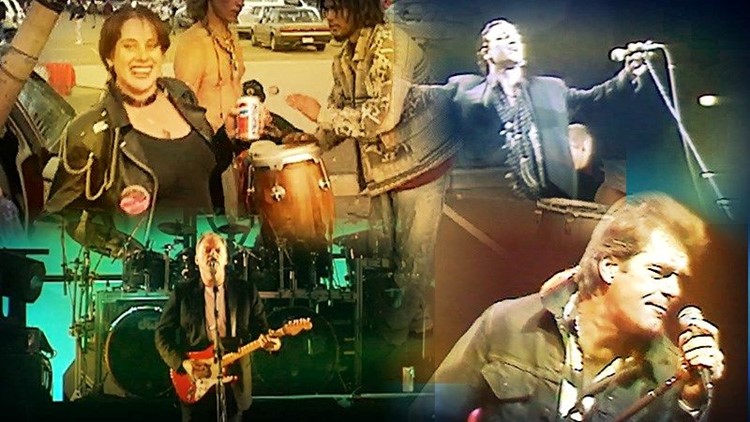 SAN DIEGO (NEWS 8) — San Diego has been lucky enough to host many rock ‘n’ roll bands over the years at a variety of venues. From the former San Diego Sports Arena to Petco Park and everywhere in between top acts have hit our stages.

Turn the volume to 11 as we travel back in time with these San Diego rock concerts from years gone by. Were you there?

The day after Thanksgiving in 1979, The Grateful Dead played for a sold-out crowd at Golden Hall. 4,000 deadheads and the News 8 cameras were there. The Dead played a three-hour concert for fans that included new songs, old favorites and several covers. Song selections included “Alabama Getaway,” “Sugaree,” and “The Music Never Stopped.” News 8’s Gene Cubbison reported that the concert started a half hour late but those in attendance didn’t seem to mind.

This News 8 archive footage has U2 times two! In April of 1987, the Irish rockers came to the San Diego Sports Arena (now known as Valley View Casino Center) as part of the first leg of their Joshua Tree tour in North America. The setlist included standout songs such as “Where the Streets Have No Name,” “Bullet the Blue Sky” and “Sunday Bloody Sunday.” A decade later, also in April, U2 was back in San Diego, this time as part of the PopMart tour, appearing at Jack Murphy Stadium (since known by many monikers). In 1997, the group performed new songs including “Discothèque” and “Staring at the Sun” along with fan favorites like “Even Better Than The Real Thing” and “With or Without You.”

Huey Lewis and the News played a concert at the San Diego Sports Arena at the beginning of 1987 and News 8 was there. Our vintage footage includes the band’s song “Jacob’s Ladder” which hit number one on the Billboard Hot 100 chart that year. A musical inspired by tunes of Huey Lewis and the News is playing now through Oct. 21 at the Old Globe Theatre in San Diego. KFM-BFM guest host Chris Cantore recently interviewed Huey Lewis about the origins of the production. Click here to hear what he had to say.

In the spring of 1994, one of the most popular rock bands of all-time graced San Diego with a show at Jack Murphy Stadium. Pink Floyd played for a sold-out crowd of 51,000 fans of all ages. News 8’s Robin Mangarin reported on the band’s staying power and spoke to fans new and old about what brought them out for the show.