Our reporters of the past dug deep to deliver in-depth stories about these unique and diverse places in San Diego County. 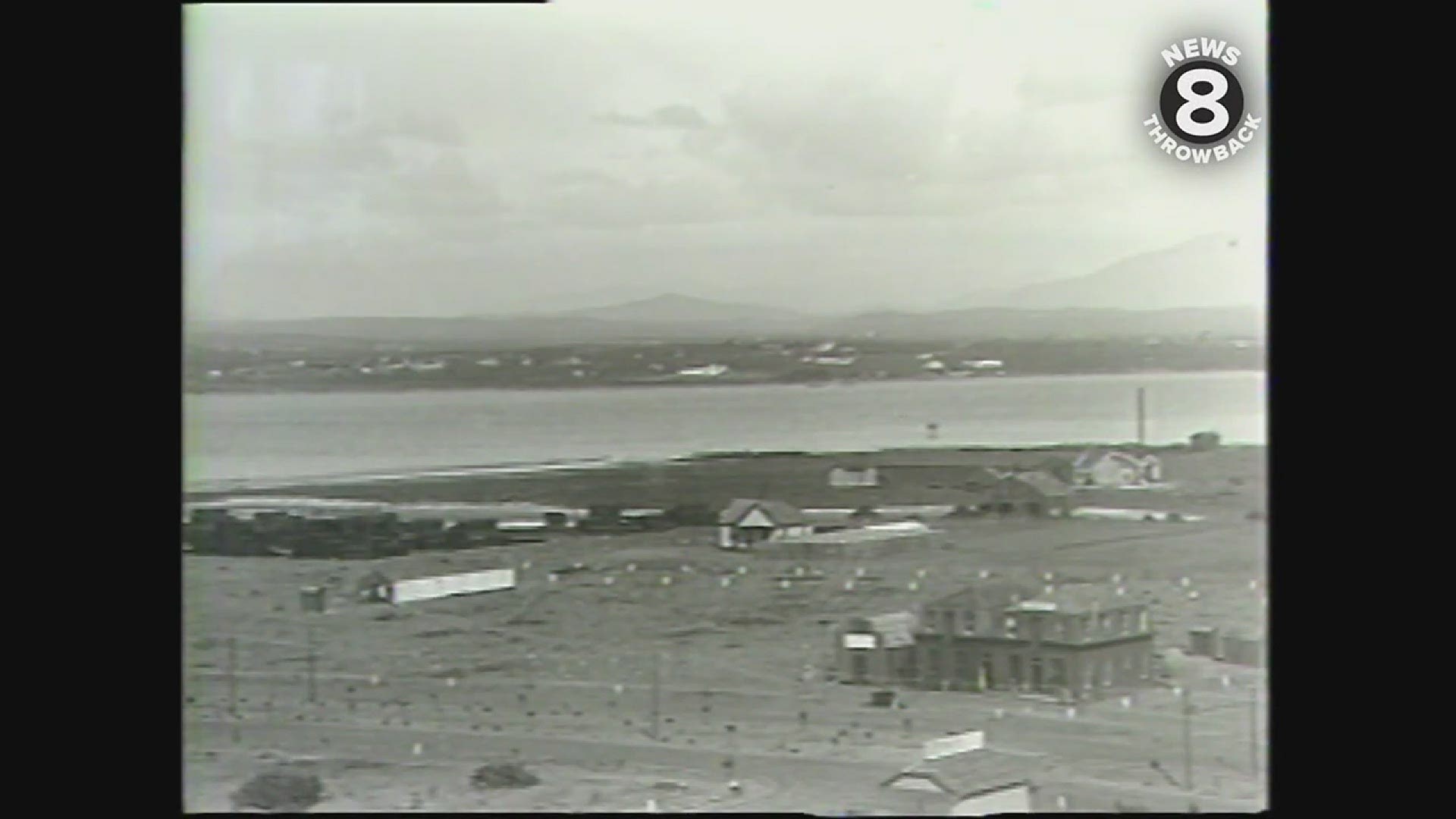 SAN DIEGO COUNTY, Calif. — A 1978 San Diego history lesson, 1970s Ocean Beach, and 1980s Coronado and Oceanside profiles - exploring our communities as they were decades ago is this week's News 8 Throwback. Our reporters of the past dug deep to deliver in-depth stories about these unique and diverse places in the county. You're sure to learn something new and interesting about our town.

In November 1978, News 8's Shirley Clum shared lots of interesting tidbits about the history of San Diego in a series of reports.

Shirley's trip back in time went all the way to the 1880s when people were flocking to America's Finest City at a rate of 6,000 per month - coming by steamer or rail. New arrivals grabbed up land, especially Downtown, driving up prices.

Before the boom, Shirley reported, almost all of Ocean Beach (then known as Muscle Beach) had been offered up for $500 total - and there were no takers. Two years later, lots in the area went for $60 each and two months after that they went for $300 each.

Next up in Shirley's history lesson, he shares the back story of the Broadway Pier and controversy around its creation comparing it to debates over a San Diego-San Ysidro rail line that was proposed in the late 1970s.

In part two of the history piece, Shirley found a home in San Diego that was still lit using gas lamps only! He goes on to illuminate (pun intended) viewers on some of the industries San Diego was once known for - including ostrich farms, brick making, butcher shops, and cigar making. Shirley also talked about the history of various careers in San Diego.

At the end of the piece, Shirley teases ahead to part three on San Diego's history promising to feature the beaches and bays of the city. Our archives editor is in looking to unearth this lost third part to add to our collection soon.

"It is like a small town isolated in a city of a million people by a river bed, a hill, and the Pacific Ocean."  Cathy Clark digs deep to explain one of the most unique and eclectic areas of the city. Young and old agreed it had mellowed a bit and said it was the transients that caused problems, not the residents. 43 years later, some might say not a lot has changed in Ocean Beach - one of the seaside communities of San Diego.

In the summer of 1979, Ocean Beach merchants were fed up with drug activity and wanted the San Diego Police Department to send in foot patrols. One man called the beach and the parking lot a 24-hour drug store. Merchants felt that foot patrols would be a steady deterrent to illegal activity, but police said that was too costly. They did ramp up vehicle patrols and said there would be more patrols the following year.

Oceanside was once a high crime area but in 1985 there was a significant decrease in crime and a revitalized downtown. But the possibility of offshore oil rigs off the coastline was looming and many were against it. The mayor told Susan Lichtman (Taylor) they were planning to build a new pier and he didn't want the view to be oil rigs. It did not come to pass and in November 1986, ballot measures that would ban construction of pipelines or refineries in San Diego and Oceanside passed.

The Crown City is its nickname and it is a jewel of our community. In 1986, News 8's Marty Levin spoke with several long-time residents about the good old days and current times. Some preferred it sleepy and quiet while others appreciated visitors supporting local businesses. It's a tourist city and it relies on tourism dollars. Mary Kay Forsyth was the head of the chamber of commerce and she said the taxes generated by tourism were better than 50% of the total general fund. The Hotel del Coronado beckons tourists from all over the world still and is currently undergoing major renovations. In this story, there was concern that beautiful old mansions would turn into bed and breakfasts or be parceled out. But in 2021, they're still there staring out at the Pacific Ocean as we gaze upon them and wonder what it would be like to live in the grand historic homes.