San Diegans have flocked to swap meets for years searching for unique items and bargains galore - and while some are long gone, two are still here and thriving. 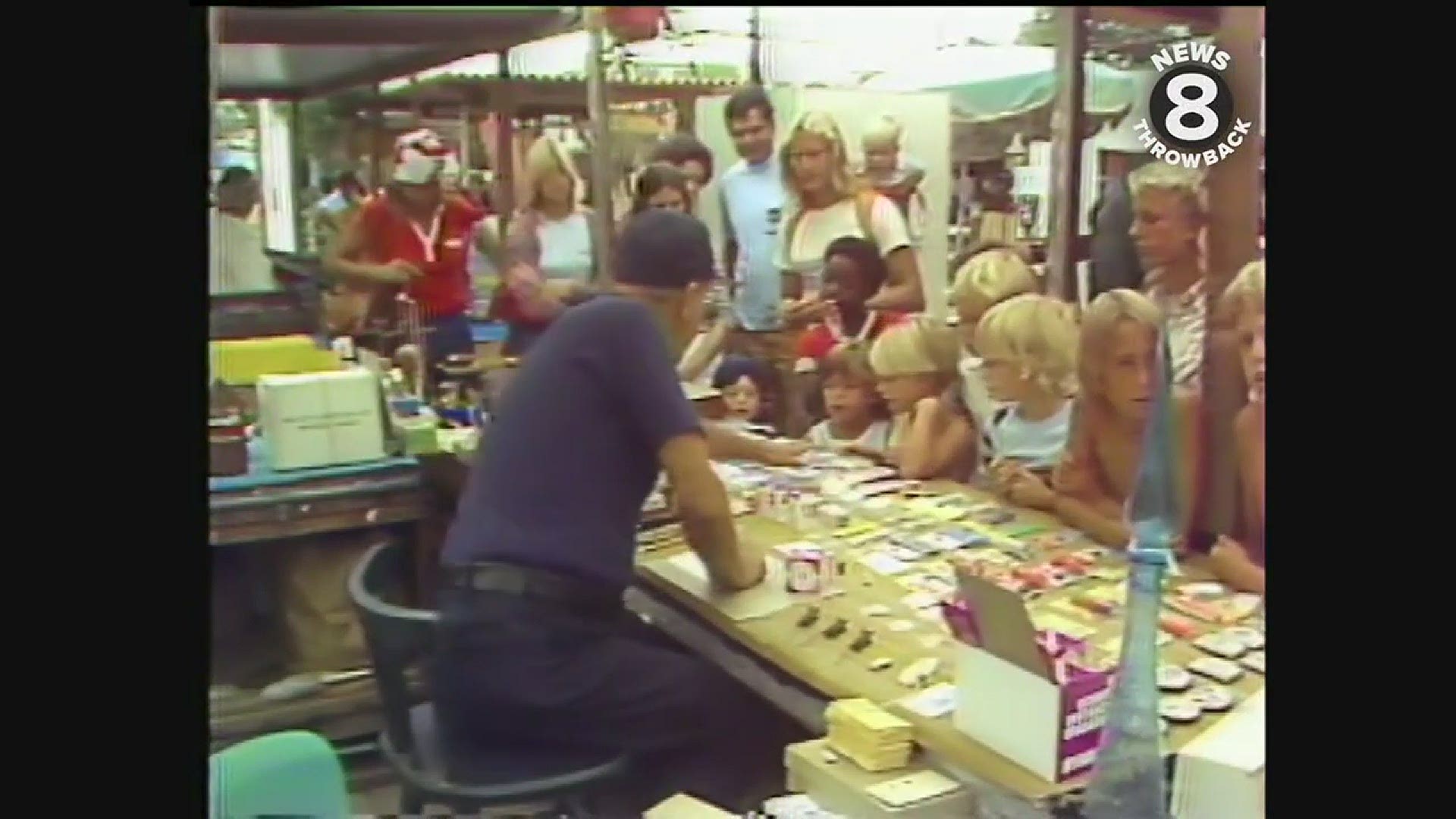 SAN DIEGO COUNTY, Calif. — Last week we shared memories of traditional retail stores. This week we're looking back at swap meets. San Diegans have flocked to them for years searching for unique items and bargains galore. Lucky for us that we can shop outdoors year-round. Some are long gone but two of them are still here and thriving.

The flea market was a Leucadia institution. Beginning in 1964, families flocked to the market to purchase unusual, unique goods they couldn't find anywhere else.

But in 1979, its prospects looked bleak as the owner of the property wanted to build a shopping center and condominiums. That did come to pass not long after and there are condos in that location as of 2021.

Many locals have commented on Facebook that they loved going there on the weekends. Some of their memories include:

"Loved that place! Found all sorts of funky stuff including some old quilts!"

"It felt more like a town square than a flea market. You'd see everybody there. Between that and The Flower Festival, I never felt more Leucadian. I know people need houses, but I will never stop mourning their loss."

"Some of my fondest memories were of wandering through the flea market with my brothers. Loved the magic trick man with the spinning tops and the fruit stand. They would  let me squeeze the apples through the burlap."

It was clearly a loss for many and is still missed in 2021.

If you were looking for a unique, one-of-a-kind gift for Christmas 1993, the Kobey's Swap Meet was the place to go. Want a python or a hermit crab? They had it. Want mice? Why yes. A bird that repeats what you say? Yep. Metallica, Guns N' Roses, and Brady Bunch t-shirts--in slightly irregular--and so much more. Larry Himmel said you could find the perfect gift for everyone on your list. You can still shop at this swap meet. They're open Friday, Saturday, and Sunday 7 a.m.-3 p.m.

This was a swap meet of a different sort--it was indoors. Monte Kobey said he wanted to be a part of the revitalization of downtown--so he brought his outdoor marketplace indoors to the old Walker Scott building. On day one there were already 70 merchants leasing stalls. Harold Potter delivered customers to the third floor where one merchant said it was a little lonely. Potter was the elevator operator for the old Walker Scott Department Store. Outdoor swap meets had a mix of used and new merchandise but the vendors at this one were selling all new goods. Chris Saunders was there on preview day in 1987.

Swap meets were so popular in the early 1980s in San Diego that the weekend just wasn't enough--so this one--billed as the biggest swap meet in the United States--opened at Jack Murphy Stadium. Promoters said 3,000 sellers' booths and 120 acres of parking were available. News 8's I.J. Hudson was there to report on the big event.

Following a six-month probationary period by the county, the Spring Valley Swap Meet had been granted a reprieve in October 1978 when News 8's Cathy Clark did this story. Litter, noise and traffic had caused problems with neighbors as 15,000 people or more flocked to the meet each weekend. But the swap meet's operators were working to get it in line even building a new road for people to use. Things worked out because all these years later in 2021, the Spring Valley Swap Meet is still going strong and is open Saturday and Sunday, from 7 a.m. to 3 p.m.