To get you in the red, white and blue spirit, we’ve dug up these fun Fourth of July clips from the News 8 archives. 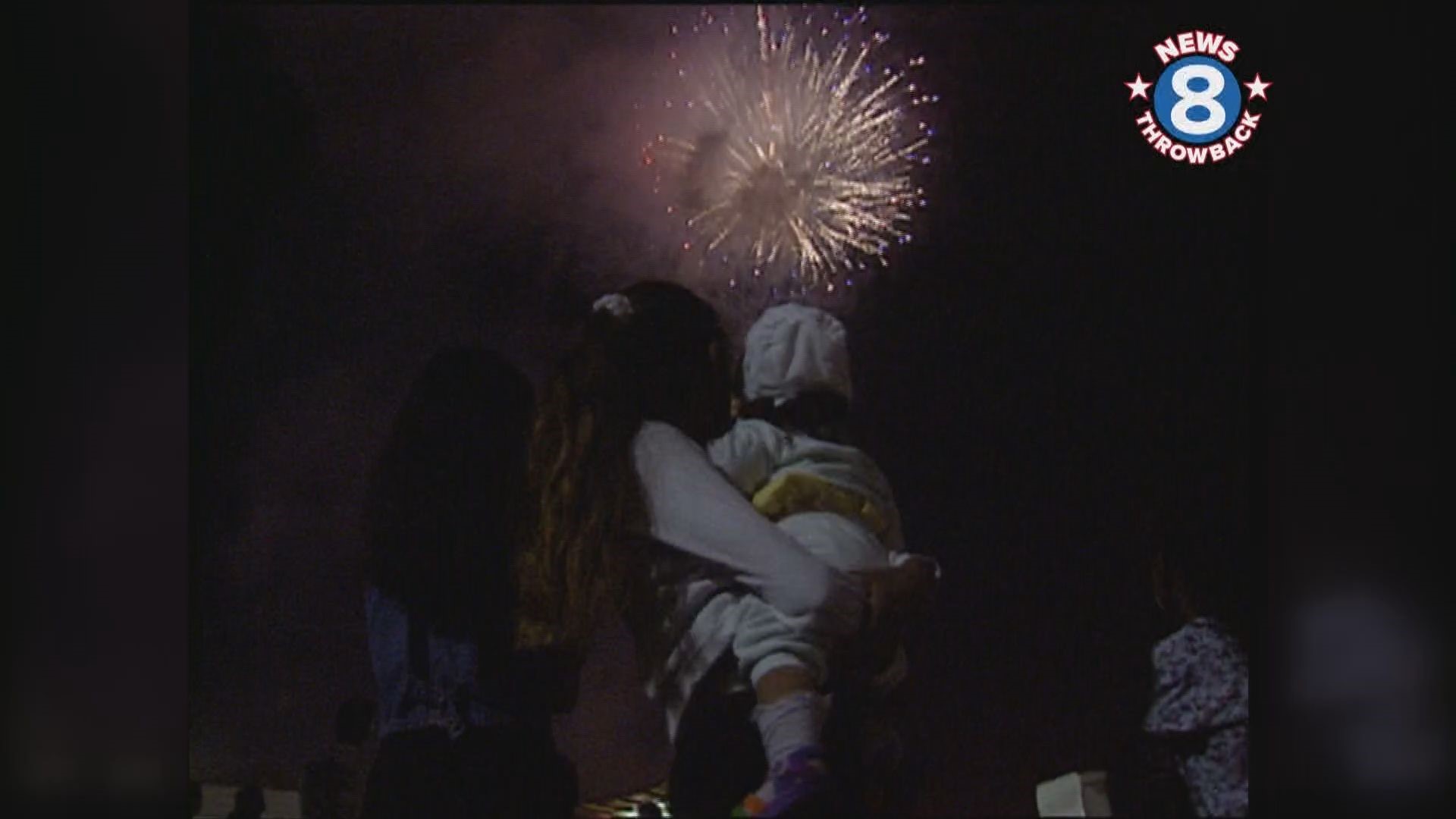 SAN DIEGO — Most years, Fourth of July in San Diego means backyard BBQ, claiming your spot at the beach or a park, and being with friends and family to celebrate U.S. Independence Day.

This year’s festivities will look quite a bit different due to the coronavirus pandemic and public health orders in place.  But there are still ways to participate in traditions of the Fourth, including News 8’s own special program!

“The CW San Diego celebrates the 4th" will be broadcast from Poway on Saturday at 9 p.m. featuring live fireworks and hosted by News 8 Digital Producer Paco Ramos and 101.5 KGB’s Emily Maguire! You can see the sights and sounds of the Fourth while staying safe at home.

In the meantime, to get you in the red, white and blue spirit, we’ve dug up these fun Fourth of July clips from the News 8 archives.

As the Del Mar Fair (now known as the San Diego County Fair) came to a close on Fourth of July 1977, New 8’s Shirley Clum was there to capture all the last glimpses of the action. From the food to the prize-winning livestock to the dizzying rides, fair goers were enjoying Independence Day on a sunny afternoon.

For Independence Day 1984, News 8’s Chris Saunders headed to La Jolla Shores to catch the crowds who were catching waves and rays. A San Diego Lifeguard with a really terrific ‘80s mustache spoke about what he expected to see as the day progressed: people drinking too much (you could do that on the beach then), kids getting lost and music getting loud.

What would the Fourth of July be without fireworks? For Independence Day 1996, News 8 photojournalists Joe Wiedemann and James Ballard captured the pops and bangs lighting the San Diego sky, the oohs and aahs of spectators and the reactions of some young firework fans.

Four-legged and furry Americans got in the Fourth of July spirit in 2011 for a patriotic pet contest in the Rancho Bernardo area of San Diego. News 8’s Larry Himmel - who emceed the event for its first five years - was on hand to capture all the red, white and blue fashion from top hats to tutus. While mostly dogs participated, there was also at least one rabbit in the mix and even a small parrot who took home second place. The top prize went to a stylish bulldog dressed like a founding father complete with his own copy of the Declaration of Independence.

RELATED: Will the weather allow you to see fireworks on July 4?