In this News 8 Throwback, we take a shopping trip back in time to some retailers that are still in business and some that were gone in a flash. 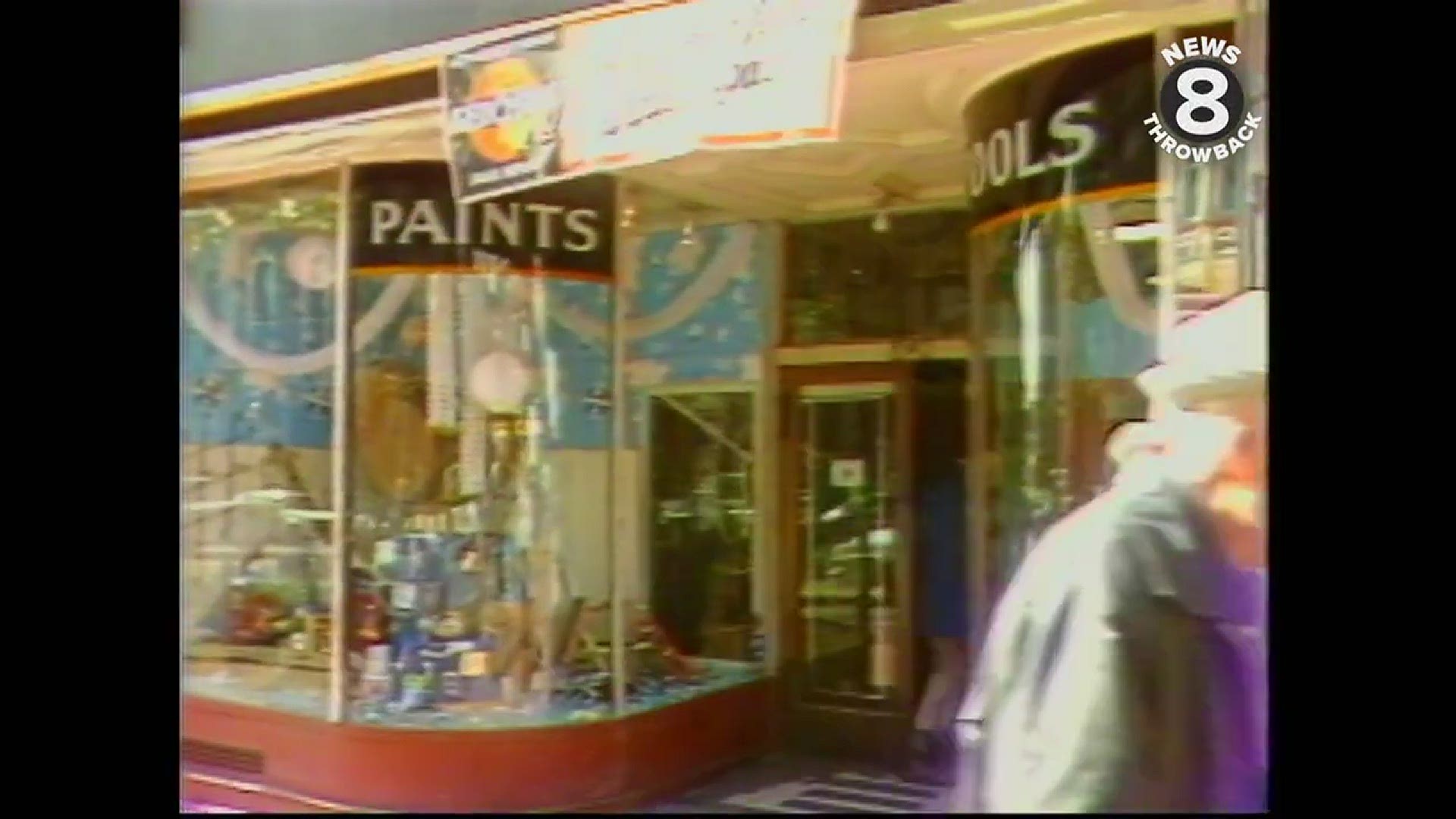 Shopping in San Diego means everything from large shopping malls to small mom-and-pop shops. In this News 8 Throwback, we take a shopping trip back in time to some retailers that are still in business and some that were gone in a flash.

This unique week of field trips in 1981, took 60 kids from the La Mesa-Spring Valley Elementary School District to Grossmont Shopping Center to learn about the mall over the course of five days. News 8's Jim Gordon followed the gifted young students as they toured the store and learned about retail with hands-on experiences. The fourth-, fifth-, and sixth-graders also spoke to store managers about their businesses asking about everything from inventory and security.

"Can I help you?" Customers were hearing this a lot less in 1981. A national spokesman for JCPenneys said if people could easily find products and pay for them, customers were not interested in having one-on-one service.

La Jolla Village Square was an indoor shopping center built in 1979. In this News 8 report from January 1981, the shopping center was struggling and not attracting enough customers. Managers cut retailers' rent in half. Department stores were Bullocks Wilshire (later rebranded as I. Magnin) and May Company California. It was sold in 1992. Today it is virtually unrecognizable as a mostly outdoor strip mall.

A trip to longtime business San Diego Hardware in 1983

In February 1983, News 8's Marty Levin featured longtime local business San Diego Hardware which had been around since 1892! Marty showed off some unique offerings of the store which included about 50,000 items. Our reporter also made a special purchase to take back to the station in order to wrangle then sportscaster and San Diego legend Ted Leitner. The store later moved from its Fifth Avenue location in Downtown San Diego to Kearny Mesa in 2006 where it still operates as of 2021.

Despite tough economic times, a luxurious shopping mall opened in downtown San Diego in 1992. Only the finest retail stores occupied the Paladion. It was seen as a gamble--would it survive? News 8's Lorraine Kimel spoke with developer Walt Smyk. He justified it saying that the income level of San Diegans was high compared to cities like Phoenix and Denver and that visitors and people with second homes could afford to shop there. In 1993 there were 23 stores and in 1998, Cartier was the last to leave. Six stores closed in 1997 and in January 1998 Tiffany & Co. relocated to Fashion Valley. The structure today can be seen here.