As we enjoy another season of summer entertainment, we found some musical moments of yesteryear in our News 8 archives. 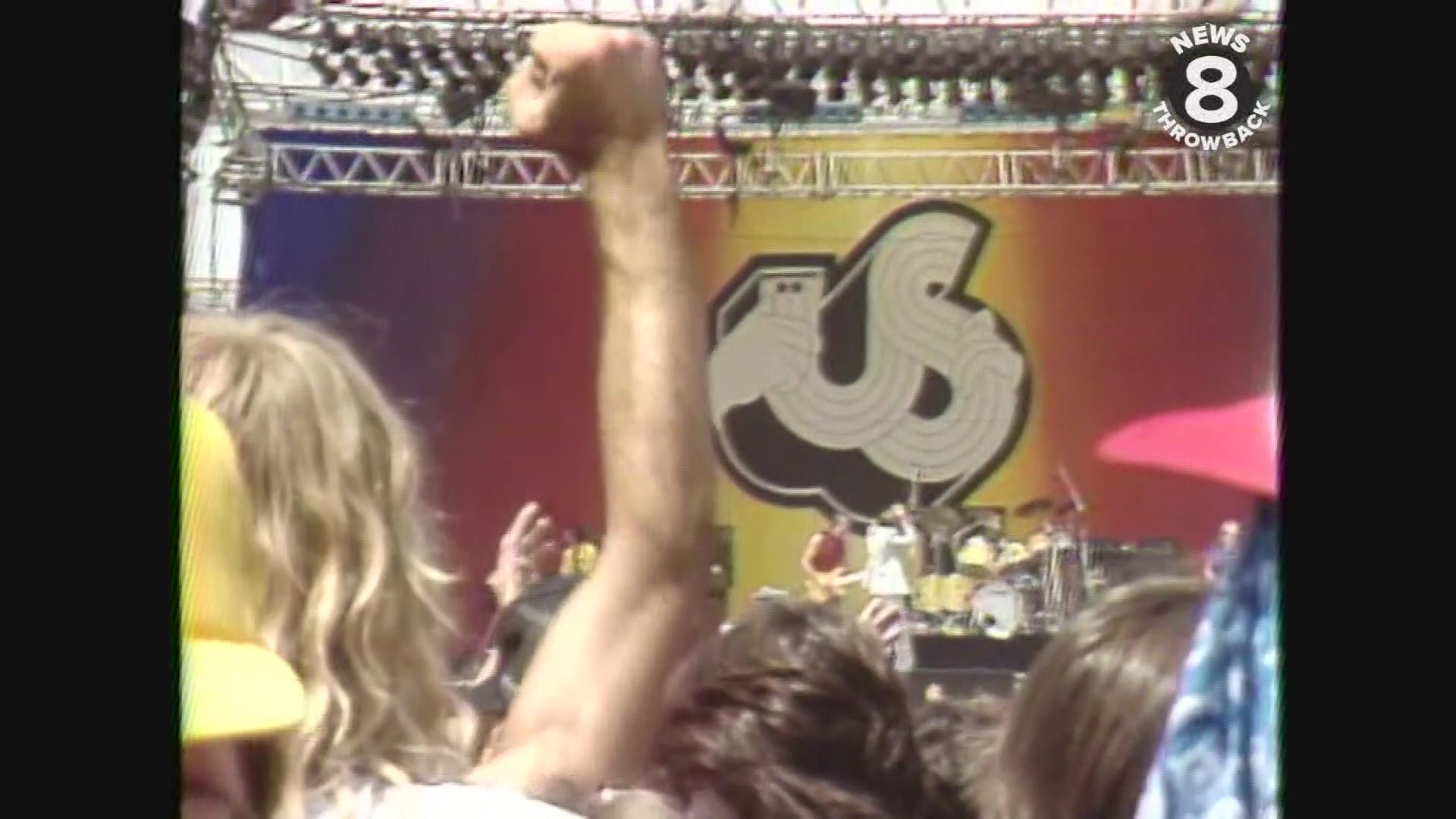 SAN DIEGO — A staple of summer in Southern California are music festivals and concerts in San Diego and beyond. This year’s local events include large-scale festivals like Kaaboo Del Mar in September, Tiki Oasis this month and several street fairs along the way. As we enjoy another season of summer entertainment, we found some mind-blowing musical moments of yesteryear in our News 8 archives.

The first iteration of the US Festival was marked by 110-degree weather but that didn’t stop the masses from dancing – and some from drugging – while The Ramones, Oingo Boingo, The B-52s, Talking Heads, The Police, The Kinks, The Cars, Fleetwood Mac and more performed. News 8’s Bridget Asaro was there for the final day of the first US Festival and captured the fun-loving spirit of the crowd. Prophetically our reporter surmised: “It’s clear that at least a 100,000 people or so here will look back at this event as being a very rare experience” The first US Festival reportedly lost $12 million. A documentary released in 2018 chronicles the making of the 1982 festival.

The second US Festival was held over Memorial Day weekend 1983 with a “Country Day” added the following Saturday. News 8 reporter Carlos Amezcua captured the festivities on day one – dubbed New Wave Day – and even caught some of the sets by Divinyls and INXS. Other performers during the second – and final – US Festival included The Clash, Berlin, U2, David Bowie, Van Halen and many more.

In 1983, San Diego alt-rock radio station 91X held their first X-Fest with an incredible lineup that included Tom Petty and the Heartbreakers, Bow Wow Wow, and Stray Cats. 25,000 people attended the festival at San Diego Stadium (since re-named several times over) including News 8’s Carlos Amezcua who reported on all the action in the crowd and captured performances by The Ramones and Modern English.

In the summer of 1996, the Adams Avenue Street Fair was celebrating its 15th year. News 8's Ronnie Loaiza captured all the fun of the weekend festival that featured a variety of bands including The Dragons who were fronted by none other than News 8's own assignment desk manager Mario Escovedo. Other highlights of the festival included food and product vendors, rides for kids and crazy critter sightings. Over two decades later, the community event is still a quintessential part of summer in San Diego. This year’s 38th annual Adams Avenue Street Fair takes place Sept. 21 and 22.

Gone but not forgotten, Street Scene was a highlight of summers in San Diego from the early 1980s through 2009. In 2002, News 8 photojournalist Vello Vannak captured the excitement of the weekend event which featured dozens of acts including George Clinton who performed in a diaper.