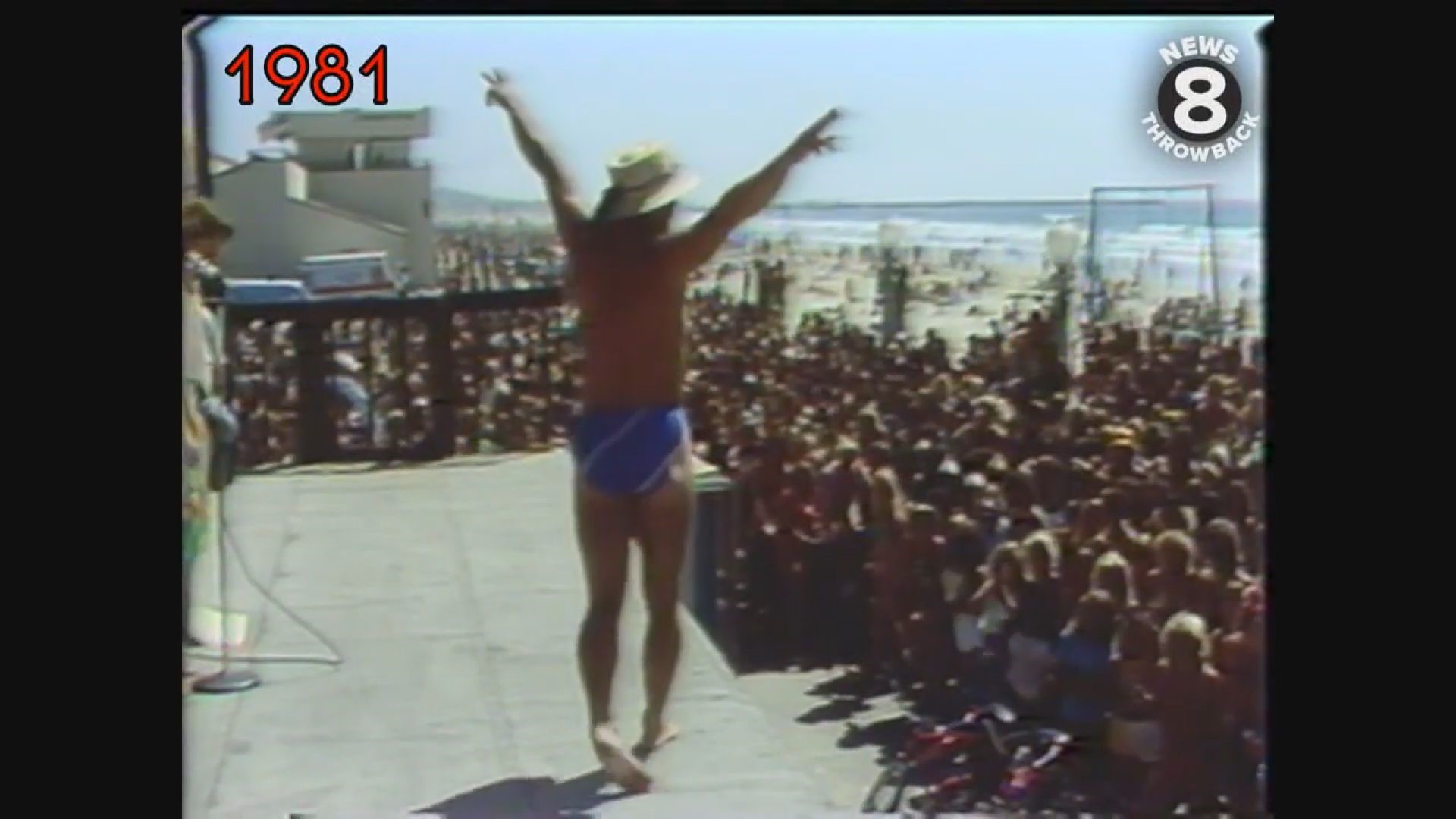 SAN DIEGO — There’s no better place to be for the summer than San Diego. From beautiful beaches to idyllic weather, we’ve got it made in the shade – and sun. News 8’s archives are full of summertime memories in America’s Finest City from body surfing at Windandsea Beach to the first-ever Mr. Mission Beach contest.

So roll out your beach towel and enjoy this look at San Diego summers of the 1970s and '80s!

What is a "whomper," you ask? Well, according to Urban Dictionary, it's a term for "body surfing with an extreme beach break" and the term is exclusive to Southern California.

News 8's Laurie Singer reported on San Diego whompers in 1978 saying: "When the whomper shore break is up, these whompers flock to the beach like a lemming in its suicidal plunge."

But whomping was not for the faint of heart or casual beachgoer:

"If the wave takes control, it can grind you into the sand in a moment's notice," Laurie said.

Despite the danger, the surfer bros she talked to that day on Windansea Beach in La Jolla were nothing but smiles. After getting tossed around in the waves they'd be right back at it with a flip of their hair.

Sunday funday in San Diego during the summer of 1979

Groovin' on a Sunday afternoon in beautiful San Diego. It was a perfect summer day in 1979 and San Diegans were doing what San Diegans do: gazing into the sun, chillin' on the grass, playing tennis and basketball, bicycling, snorkeling, sunbathing, and painting on the beach.

Beach patrols hit the San Diego sand as schools let out for summer 1979. News 8's Gene Cubbison reported that the officers on the special assignment worked 4 p.m. to 2 a.m. Thursday through Sunday, "generally, the wildest part of the week." Despite making lots of drug and alcohol-related arrests and the hectic pace of the beach patrol, it was one of the most sought-after assignments with a waiting list of officers trying to get on.

On August 30, 1981, the first Mr. Mission Beach contest was held in San Diego. Hundreds of ladies shouted out their approval of the scantily clad lads. News 8's Bridget Asaro got the plum assignment that day and found out why the contestants wanted to be Mr. Mission Beach. Like any good pageant, there was even a bathing suit competition. And the winner is...

Cliff divers in La Jolla in the summer of 1984

Don't want to give anyone any ideas here! These cliff divers in La Jolla look like they were having a lot of fun in 1984 but it looks way too dangerous. These guys brought their out of town guests there and News 8 reporter Hal Clement suggested that most people take their visitors to the San Diego Zoo...a much better, safer idea. On a hot summer day, go to the beach but try swimming or surfing instead.