Our archives hold memories of surfing San Diego's shorelines from as far back as 1965 and clips include surfing competitions, famous wave-riders and turf wars. 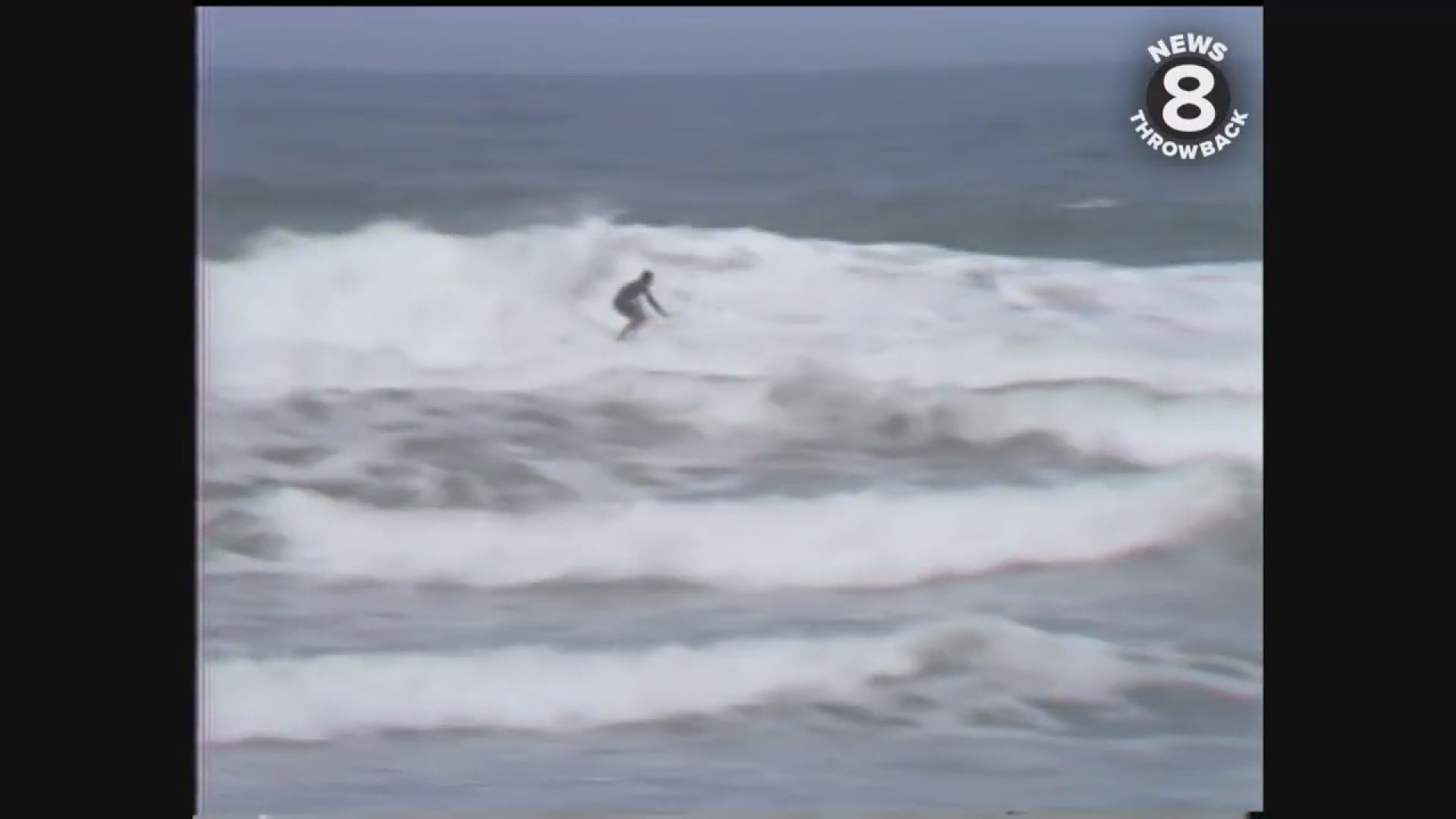 SAN DIEGO — With so many beautiful beaches in San Diego, surfing has been a longtime love for many locals and visitors here. Our archives hold memories of surfing San Diego's shorelines from as far back as 1965. Clips in this week's News 8 Throwback also include surfing competitions with famous wave-riders from several decades plus turf wars in the water that had surfers less than stoked.

This News 8 footage from August 21 and 28, 1965 didn't come with sound or scripts in our archives but it's fun to watch all the same! The clip shows surfers hitting the waves in San Diego and people enjoying the beach and shoreline. Music in the video, provided by YouTube, is "Ticket to Nowhere Man."

A surfing contest at La Jolla Shores in 1979 brought out 70 men and two women to compete along with plenty of spectators and News 8's cameras to watch. After 36 heats, six finalists remained. In the end, 23-year-old Bolton Colburn of La Jolla came out on top and spoke to News 8 about the challenges he faced.

The board of the 1960s was making a comeback in the 1990s. The Oceanside Longboard Surfing Club contest attracted more than 200 competitive surfers. They weren't doing it for the money - prizes only amounted to a few thousand dollars - but for the love of the sport.

News 8's Jody Hammond asked surfer Mitch Abshere if longboarding was the old man's way to surf. He said, "no way, you can do everything you can on a shortboard, just on a longboard." His moves proved that.

Surfer Suzanne Walker said, "the modern longboards are pretty light and even petite people like me can handle them okay."

Surf competition at Trestles Beach in 2012

News 8's Shawn Styles covered a surf competition at Trestles Beach in 2012 breaking down what it meant in terms of the ASP World Tour. Shawn spoke to some young surf fans who were excited to see the comp. He also interviewed some of the talented surfers including Mick Fanning who was #1 on the tour at the time and then up-and-comer Ace Buchan.

Trouble in the Water: Surfing wars in San Diego 1981

A surfer summed up the problem to News 8's I.J. Hudson in 1981: "Everybody wants to catch a wave and have a good time and there's not enough waves around sometimes."

The population was growing and the sport of surfing was increasing in popularity. A lifeguard said there was minor aggression in the water and localism but didn't think the problem was too bad. At a beach on Highway 101, News 8 cameras found a sign that said "If you don't live here, don't surf here."

In 1998, News 8's Steve Price reported on turf wars in the Ocean Beach waves. Surfers spoke about the etiquette of sharing the water and said accidents would happen but could sometimes lead to conflict.

A San Diego Lifeguard lieutenant explained that some people who lived in the area or surfed there regularly felt ownership over the water.

Surfer Jon Marshall told Steve there were "plenty of waves for everyone" and people should be having fun and surfing for stress relief not getting hassled. 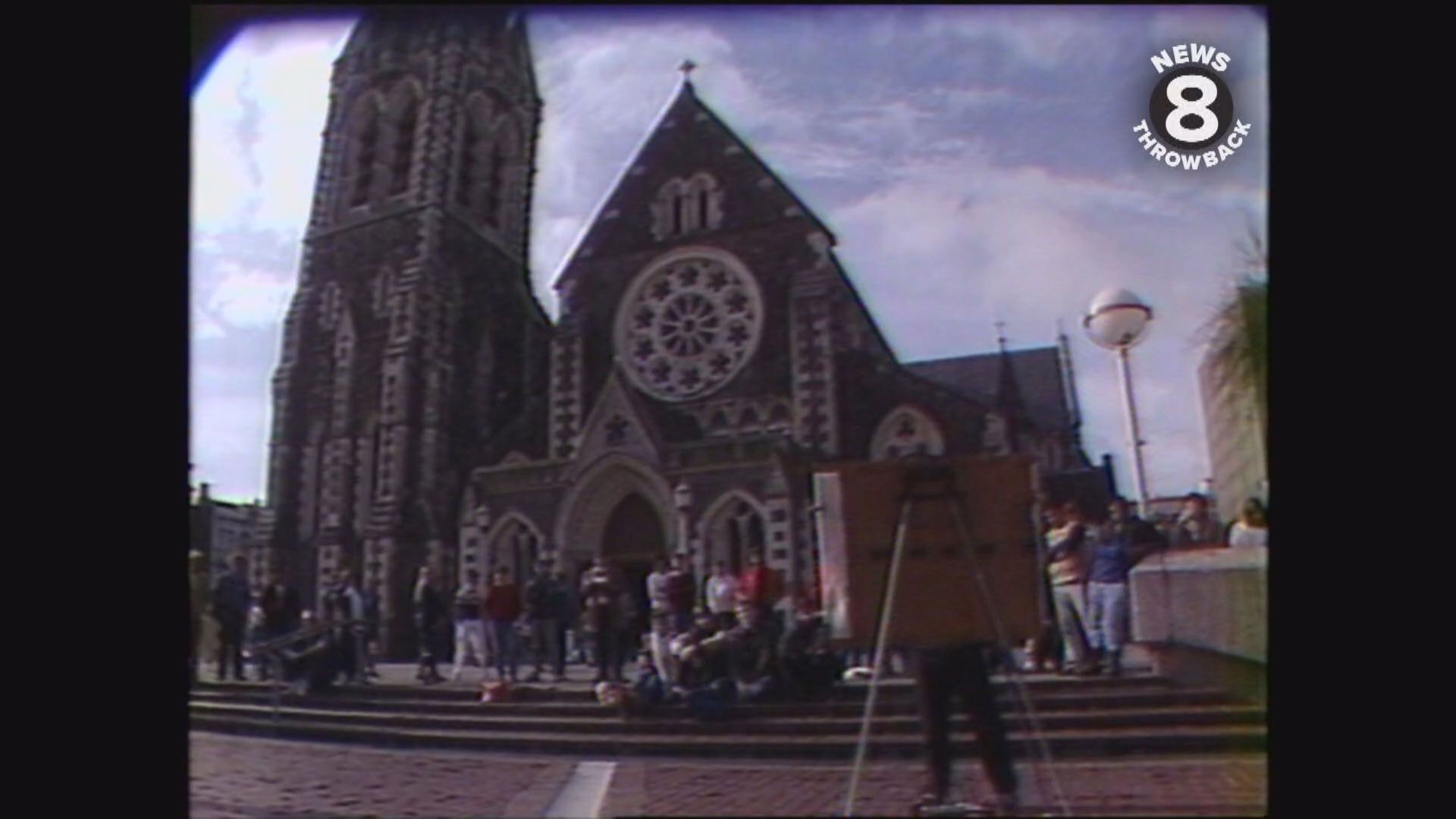