SAN DIEGO — Thanksgiving means different things to different people; for some, it's all about the food - cooking a great feast with and for the family; for others, it might be about honoring what you are grateful for as the holiday season starts; and for a few, it can just be about the simple joy of a day off to relax and watch football.

These clips from the 1960s, '70s, 80's, 90s, and 2000s capture a little Turkey Day magic from the hilarious to the heartfelt. We hope you enjoy them and enjoy your holiday however you spend it.

The date is November 19, 1966. Then CBS 8 reporter Regis Philbin is in bustling downtown San Diego. He greets people across from the U.S. Grant Hotel on Broadway at Fifth Avenue. This was a common "man on the street" location as it was the busiest spot in downtown.

Regis asked people "why do we eat turkey on Thanksgiving." Seems like an easy enough question but some really have to think about it and some don't know at all. "We eat turkey because it's Christmas time," says one woman. "You sure about that?" Regis replies. His signature sense of humor was evident as he converses with men and women of all ages.

In 1975, Carlton Oaks Junior High in the Santee community of San Diego celebrated Thanksgiving in a unique way. Their Turkey Trot featured 80 seventh and eighth-graders competing in an obstacle course all while dressed like turkeys. New's 8's Jim Gordon was there for all the action.

RELATED: News 8 Throwback: Gobbling turkeys and giving thanks on Thanksgiving in San Diego

San Diego families reconnect at the airport, in homes for Thanksgiving 1984

This Thanksgiving piece from 1984 starts with families and loved ones reuniting at the airport with hugs, kisses and smiles. Some were reconnecting with family after months apart and parents were also awaiting the arrival of college students coming home for the first time since the start of the school year. Next, we see families enjoying each other's company at home talking about the joy of being together. And we have another other Thanksgiving tradition - a community dinner for the less fortunate - reminding us to give when we can and be thankful for what we have.

RELATED: News 8 Throwback: A look back at Thanksgiving traditions in San Diego

Following a Thanksgiving performance at Spring Valley Elementary School in 1996, News 8’s Larry Himmel spoke with kindergartners about what they were thankful for. Their answers ranged from sweet to silly to surprisingly sentimental.

A San Diego-inspired Thanksgiving poem with Larry Himmel in 2006

"Tis the season for reflection..." For Thanksgiving 2006, News 8's Larry Himmel shared a poem counting blessings that included family and friends, of course. But he also added San Diego staples from the beach and weather to opening day at the Del Mar Races. 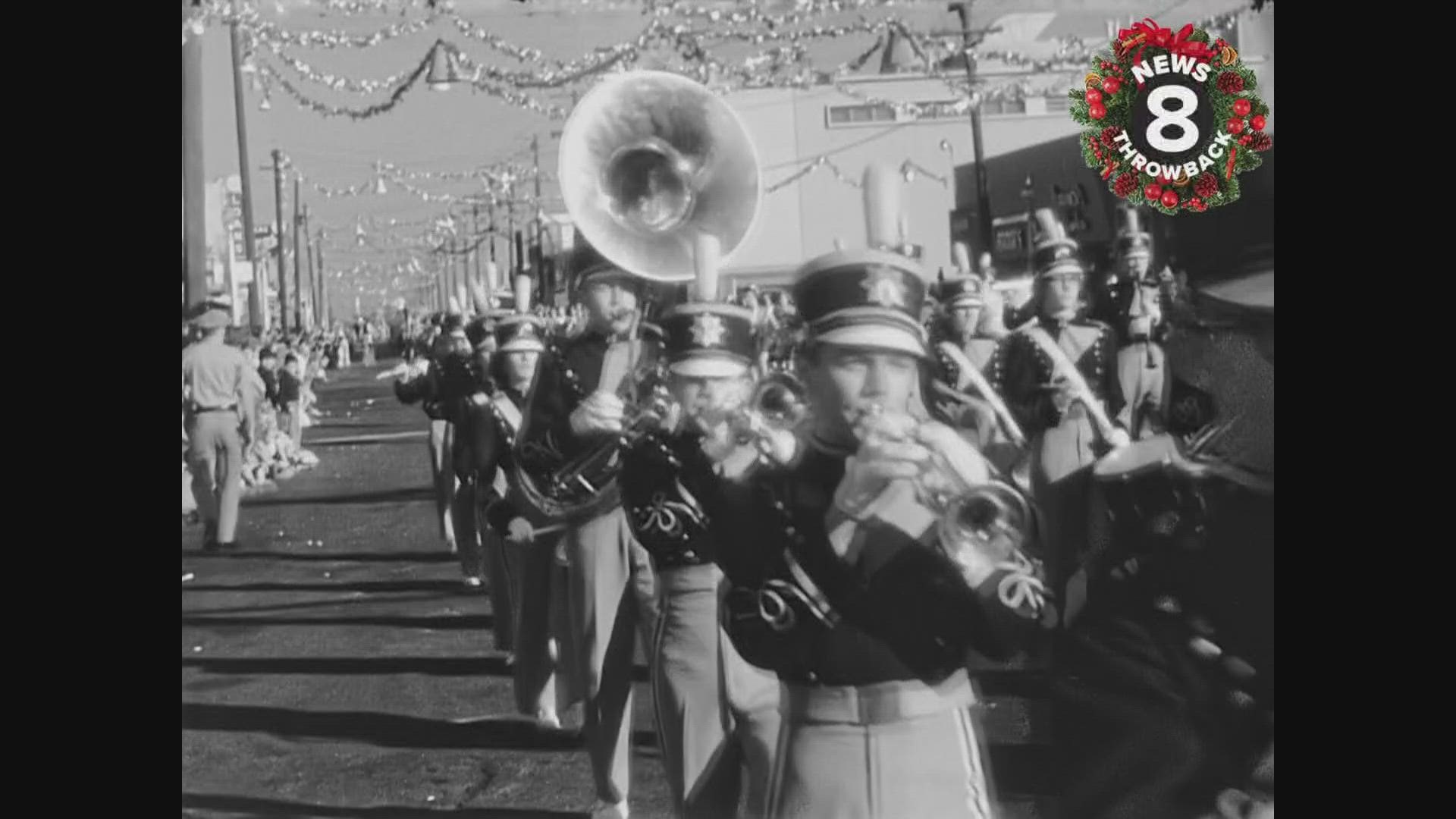