News 8 Throwback: Victims of 9/11 honored in San Diego 20 years ago

These clips from the News 8 archives capture the emotions in San Diego from the day of the 9/11 attacks and in the ceremonies and memorials that followed. 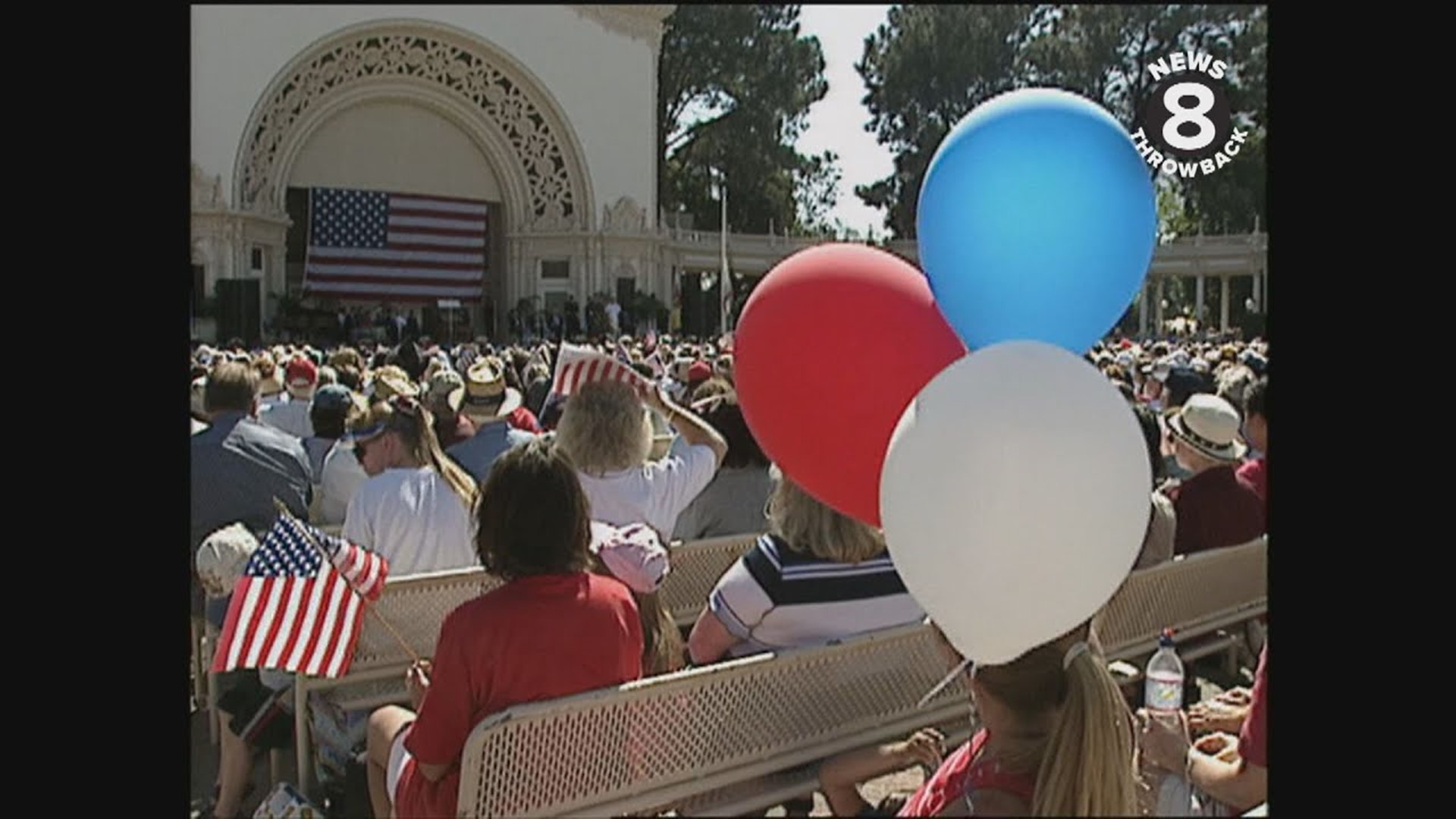 SAN DIEGO COUNTY, Calif. — Twenty years ago this week, the United States suffered an unspeakable tragedy when terrorist attacks were carried out by militant group al-Qaeda. Americans and people the world over watched as the horrors of the September 11 attacks ensued.

Almost 3,000 people were killed on September 11, 2001, after four U.S. planes were hijacked and crashed into both towers of the World Trade Center in New York, the Pentagon in Virginia, and a field in Pennsylvania. The ripple effects were felt by the nation and beyond in the days, years, and now decades that have followed.

These clips from the News 8 archives capture the emotions in San Diego from the day of the 9/11 attacks and in the ceremonies and memorials that followed. They also feature interviews with family members who were reeling from their losses.

We are thinking of the victims and their loved ones on this somber anniversary and promise to never forget.

As classes were canceled at San Diego State University on Sept. 11, 2001, students shared their reactions to the unfolding tragedy with News 8. SDSU President Dr. Stephen Weber made the announcement that classes would not be in session but said the students were welcome to stay on campus. Shock and grief were evident on the students' faces. Some left campus while others stayed and listened to news reports on the radio together.

Following the 9/11 tragedy, the identities of the victims began to be released. As the names emerged, several with San Diego ties came to be known. Friends and family of some of those victims spoke to News 8 on Sept. 12, 2001.

Susie Ward Baker shared memories and reactions with reporter Steve Price after she found out her son was among those killed. Timothy Ward was aboard United Airlines Flight 175 - the second plane to hit the World Trade Center.

"He was such a good boy," she said of her son and clutched a picture of him as a child.

Timothy Ward was an executive at Rubio's and was returning home from a long weekend on the East Coast.

Tom McGuinness - a former resident of North County San Diego - was also named among the dead. Tom and his family had moved to New Hampshire for him to take a promotion. He was the co-pilot on American Airlines Flight 11, which struck the North Tower of the World Trade Center.

A teacher at La Jolla High School shared his memories of student Brent Woodall who was killed in the South Tower of the World Trade Center where he worked as a stock trader. Brent had been a well-known athlete in school playing football, baseball and basketball.

Memorial for Deora Bodley, a San Diego native killed in 9/11

Deora Bodley was just 20 years old when she was killed in the 9/11 attacks. The Santa Clara University junior was the youngest person aboard United Flight 93 - the plane that was hijacked in flight and crashed in a field near Shanksville, Pennsylvania.

An emotional memorial service was held for Deora in San Diego on Sept. 19, 2001. Her friends and family shared memories of the vibrant young woman who had attended La Jolla Country Day School from pre-K all the way through high school.

Just a week after losing her child, Debby Borza spoke to News 8 about her daughter Deora Bodley. She remembered Deora "always smiling" and admitted she hadn't allowed herself to completely feel the loss.

"It's like I have this drive - this passion inside - to carry on for her," Debby said.

The week after the September 11th attacks, San Diegans came together for a Day of Remembrance in Balboa Park. Among those in attendance, was Susie Ward Baker who called her son "her whole world" and shared with News 8 how proud she was of him.

People came together to create a most incredible sight at Qualcomm Stadium in San Diego on September 22, 2001. Thousands gathered to create a human flag in honor of those lost on 9/11. People of all ages and backgrounds - not just from San Diego - came together with some sleeping at the stadium overnight to be a part of the event.

News 8's then sister station Star 100.7 with Jeff and Jer hosted the event.