News 8 looks into the history of North Park, and what it's like today. We revisit an iconic theatre; Berger Hardware - the oldest business in the area and more. 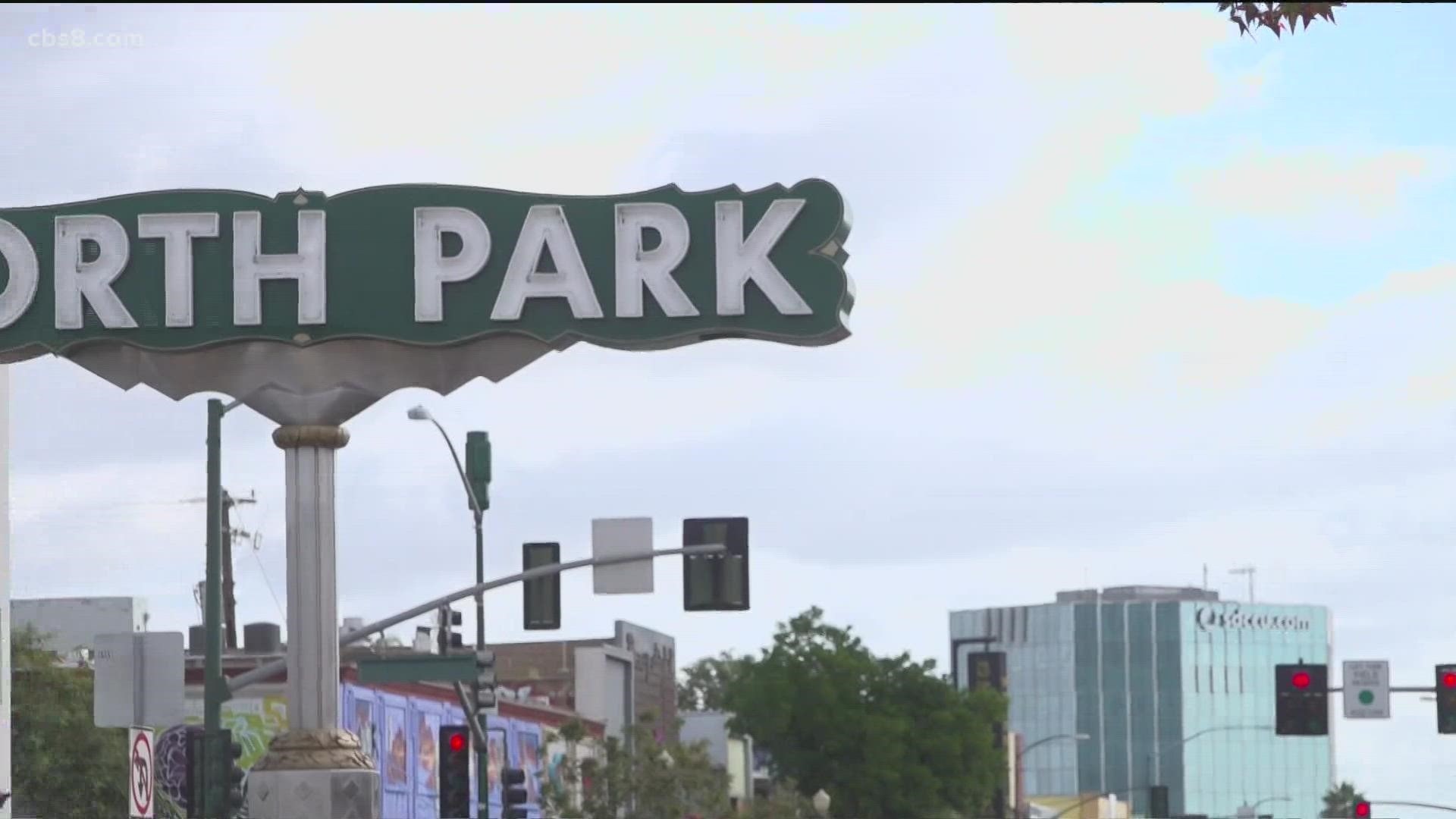 SAN DIEGO — KFMB is the oldest news station in San Diego and has been around since 1949. And because of that, we have an extensive archive of stories from various neighborhoods.

In a series of Then & Now features we're highlighting some of those places by comparing what they were like decades ago to how they are now.

Our first story in the series is about North Park.

If you search "North Park"’ on Google, it's described as a trendy place where hipsters, young professionals and students hang out.

Locally owned shops, restaurants and craft breweries line the streets. It’s a far cry from the farmland it once was.

"It used to be sagebrush and a few orchards,” said Katherine Hon, with the North Park Historical Society.

She's spent years studying the history here and can tell you about everything from the architecture to those state-named streets that appear to be out of order.

"They're not alphabetical. They are a crazy road trip," said Hon.

North Park is located north of Balboa Park. It was one of the first subdivisions outside Downtown. But it was difficult to get to.

That is until 1907 when engineers found a way to allow streetcars in on University Avenue, making it a popular and accessible destination.

"So, that was a hill and a barrier to the streetcar coming so they cut through that hill and they put a bridge on Georgia Street so people on either side wouldn't be isolated," said Hon.

News 8's Connie Healy stood on that bridge while profiling North Park in 1986.

It's still there as of 2021 - though streetcars have since been replaced with buses.

Other historical structures remain as well.

One of the most iconic buildings in North Park is now the Observatory, a live music venue.

The theatre was built in 1928 and was among the first in San Diego to show movies with sound.

After sitting vacant for years, it was restored in 2005, which revitalized the area.

"Around the same time we got the North Park parking garage, and then other businesses started looking at the area and saying this is an up-and-coming space. People started opening up here. People started buying more homes here and enrolling their children in the local schools," said Angela Landsberg, Executive Director of North Park Main Street.

3000 block of University Avenue then and now

That migration of people and businesses added to those who have been around for decades, many of them surviving a time when North Park's popularity declined as people moved to the suburbs and gravitated more towards malls.

Take North Park Optometry. It's been here for 65 years.

Around the corner, Berger Hardware has been around since 1912, making it the oldest business in North Park.

“Not too many places have been around for 109 years, so it does feel good,” said co-owner Eric Sivill.

Then, there are those who didn't make it.

But, like many neighborhoods, turnover is nothing new here. As one door closes, another one opens.

Rouleur Brewing opened a tasting room right next to the Observatory just weeks ago.

Others who live and work here have high hopes as well, saying the future of North Park looks bright, all while embracing a past that will never be overshadowed.

"What makes North Park unique is the diversity…..the mix between the old and the new," said Landsberg.

In the next year and a half, you can expect to see a median on University with plants and flowers, a new park and additional businesses.