October Wildfires in San Diego: A look back at the 2003 Cedar Fire and 2007 Witch Creek Fire

Two of the biggest fires in San Diego and California’s history started in the month of October just a few years apart. October 21, 2007 marked the start of the Witch Creek Fire – also referred to a... 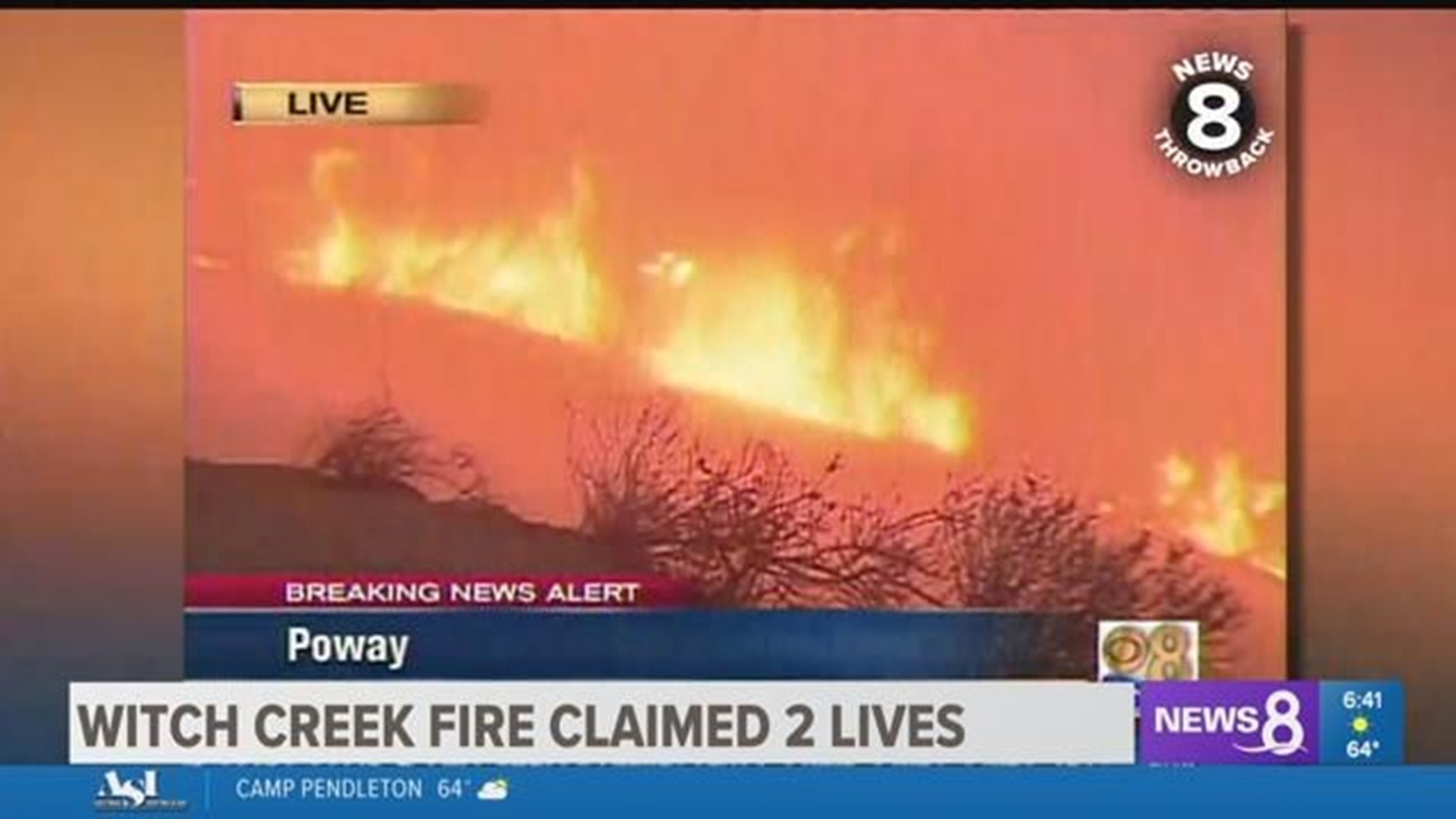 SAN DIEGO (NEWS 8) — Two of the biggest fires in San Diego and California’s history started in the month of October just a few years apart. October 21, 2007 marked the start of the Witch Creek Fire – also referred to as the Witch Fire – and October 25, 2003 was the first day of the Cedar Fire.

Though it’s been over a decade since these deadly and destructive fires, their impact is still seen and felt around San Diego County.

The News 8 archives contain hours of stunning footage from each of the fires and their devastating aftermath. We’ve selected a handful from each to share on the week of their anniversaries.

We wish everyone affected by the Cedar and Witch Creek fires continued healing and thank all the first responders who battled these enormous and unprecedented blazes in San Diego.

On October 26, 2003, the day after the Cedar Fire began, News 8 photojournalist Joel Matis put together a story on the fire’s rapid devastation. A firefighter stated that it was the worst conditions he had ever been up against in his 45 years on the job. The fire had already claimed three lives and would go on to kill a dozen more.

On October 27, 2003, the Cedar Fire continued to rage in San Diego County for the third day. News 8 photojournalist Ann Marie Spaulding captured reactions from residents and firefighters as homes went up in flames and San Diegans scrambled to evacuate.

A week and a half after the deadly Cedar Fire began in San Diego, President George W. Bush visited one of the areas of the county most affected. On November 4, 2003, President Bush met with fire victims in Harbison Canyon where 90 percent of homes had been destroyed. News 8's Phil Blauer reported on the visit.

On October 22, 2007, News 8's Larry Himmel reported in front of his own home near 4S Ranch in San Diego, which had been destroyed by the Witch Creek Fire. This amazing coverage really hit home as News 8 personnel and viewers watched Larry's real-time reaction to such a devastating loss.

News 8's Heather Myers also reported live on October 22, 2007 from the Bridlewood area of Poway with coverage of the Witch Creek Fire. The fire had been raging for over a day in San Diego County and Heather was in a place near and dear to her as she grew up in the area. She described how the wind would die down for a bit only to kick up again, fanning the flames that were growing as our cameras rolled.

Also on October 22, 2007, flames raged in the Ramona area of San Diego County. News 8's Spencer Washburn reported live as the winds kicked up, whipping the flames high into the night sky. From mere yards away, Spencer described the scene as the fire moved quickly across the landscape.

On October 25, 2007, President George W. Bush & Governor Arnold Schwarzenegger came to San Diego to tour the devastation caused by the Witch Creek Fire. "Today your life may look dismal, but tomorrow life will be better and to the extent the federal government can help you, we want to do so," said President Bush. News 8's Steve Price reported on the visit with Bush also thanking firefighters and first responders for all their hard work on the fire.