“On the Move” was a series that involved finding interesting places and information around Southern California and beyond. Though short-lived, it was well-loved. 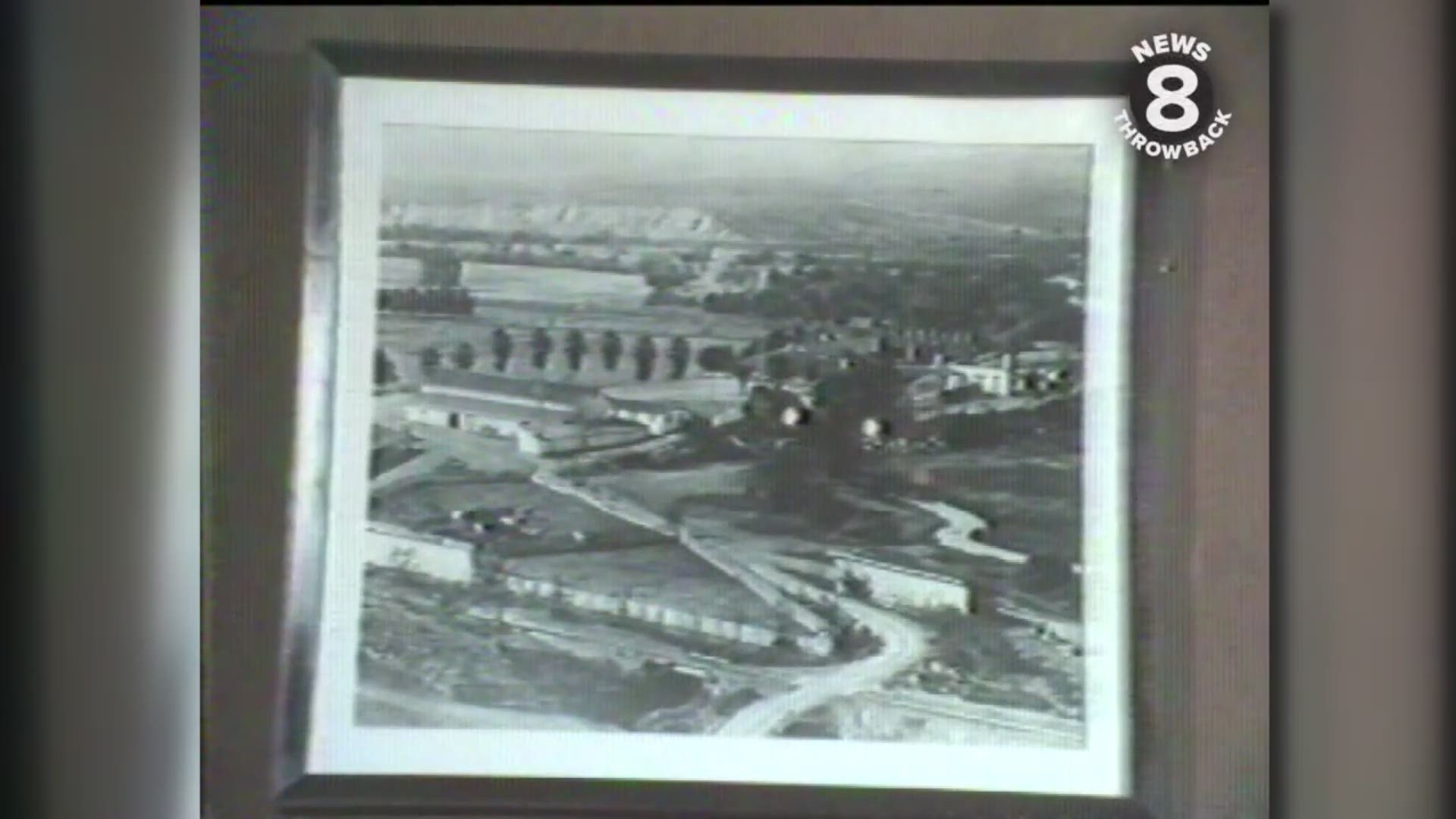 SAN DIEGO COUNTY, Calif — In the late 1970s, News 8 featured a series called “On the Move,” which was the brainchild of Jim Holtzman who was our beloved news director from 1978 to 1993. The concept involved finding interesting places and information around Southern California and beyond. Though short-lived, the reporter and others who worked on the pieces remember them with great fondness.

Here are a few “On the Move” editions – with many more to come in future News 8 Throwbacks – and below are some memories from those who put them together.

In the summer of 1978, News 8’s Doug McAllister presented an edition of “On the Move” from the Twin Inns in Carlsbad. The immaculate Victorian structure was once a single-family home which in fact had a twin building next to it which was demolished in the 1950s to make room for parking.  The homes became inns around 1900 and then eventually restaurants. The one that remained became known for its fried chicken dinners with a bar adorned with vintage Tiffany lamps.

The building housed The Land & Water Company restaurant for several years most recently, but they closed in October 2019. Other shops remain in the building as of 2020.

Sticking to the Carlsbad area, Doug also reported on how the city in North County San Diego got its name. The strange story starts at a well in the heart of the city and includes healing waters and a European city, once with the same name. The historic site where the city got its name still stands featuring therapeutic spa treatments and the alkaline water that has made it famous for nearly 140 years!

In July 1978, News 8 photographer Bill Polick spotted an unusual yard so he told "On the Move" reporter Doug McAllister about it and they went to investigate. They met the 82-year-old owner Bert Pletcher, a retired engineer who worked for The Southern Pacific Railroad. He must have really missed the railroad life after retiring in 1950. If you can't work at the rail station, you can bring it home. A fine collection, Bert. Bert passed away in 1979, not long after this story aired. Hopefully, someone knows what happened to his amazing collection.

For this edition of "On the Move," News 8's Doug McCallister took a tour of a special building at Camp Pendleton. What was once a bunkhouse for ranch hands on the Rancho Santa Margarita y Las Flores became a museum on the Marine base. When Doug visited the building had just gone through renovations and was getting ready to reopen. The museum began in 1965 but the idea to restore and preserve it - and other buildings from the Rancho - came from President Franklin Roosevelt who visited in 1942 for the dedication of Camp Pendleton. The Rancho Santa Margarita y Las Flores is a national historic landmark that dates back to at least 1827.

Other “On the Move” segments on our News 8 YouTube page include pieces on El Indio in Middletown San Diego, the boat houses S.S. Encinitas and S.S. Moonlight in Encinitas, the Playboy Mansion West near Beverly Hills and the history of the Caesar salad in Tijuana.

Former News 8 “On the Move” reporter Doug McAllister and camera assistant Robert von Gyurcsy: shared their memories of the series with us:

"'On the Move' was loosely based on CBS News' series 'On the Road' with Charles Kuralt. The idea, as I remember it, was to find interesting things and places which could be visited by our viewers in a "day trip" or even less than a day. It was Jim Holtzman's idea.

It suited me well since I was from the East Coast and in the late 1970s, experiencing southern California for the first time. It sure helped to have California native Bill Polick as part of the team and Bob Von Gyurcsy too because he had lived in Cali for awhile.

While Hollywood stories...Grauman's Theater, the sidewalk hand and footprints of stars...were fun, I especially enjoyed those closer to San Diego that were part of the county's history and lifestyle.

The Old Plank road to Yuma, the Railroad house (that Bill found), an airplane house in Encinitas, taquitos at El Indio and the Caesar salad being invented in Tijuana (although others claim it was invested elsewhere).

A story I won't forget was about the Orange Inn in Corona del Mar on Coast Highway. We all know by now what Corona del Mar has become. Back then, there was just a roadside smoothie shop on undeveloped land frequented mostly by surfers...part of southern California's not-so-distant past that is gone but not forgotten.'

"'OTM' was perhaps the most sustained happy news series in my career. Doug, VonG and I got along well and each of us had the chance to contribute story ideas. It was an honor to work with my two teammates (and Tim Wilson when needed).'

"Working with Doug McAllister and Bill Polick was one of the highlights of my extensive career. I was a small part of the team. I was the 'Schlepper.' The Camera assistant who got to carry the gear through all the places we wandered.

If I remember correctly, 'On the Move' was the creation of Jim Holzman. The premise was bringing in stories from anywhere in the Southern California area but not from the greater San Diego area.

We usually did day trips but one time we did a couple of nights in San Francisco. While there we shot at San Quentin. The highlight was we were all given the opportunity to sit in the gas chamber. I remember quite clearly sitting in the chair as the door closed in front of me. The door was airtight and had a distinctive reinforcing pattern of eight ribs that all met in the middle like a big sunburst. I remember thinking this was the last thing so many notorious criminals saw as their lights went out.

Another memorable story was The Old Plank Road which in the early part of the last century connected San Diego and Yuma through lots of desert area. Parts are still visible today. We arrived at a small monument and tried to talk to some people. I think it was Bill that said, 'It’d be great if we could find someone who had actually driven on the road.' As if on cue, a car pulls up, some people get out and we walk up to the oldest guy in the group. 'Do you know about the Plank Road?' 'Yes, we broke down here and had to walk back to Yuma to get parts for the car.' ( Model T ?) Bingo! Story complete!

We did so much up the coast - LA Farmers Market, Grauman’s Chinese Theater, The Walk Of Fame, all the videos you posted from Carlsbad and lots more I’ve forgotten.

Bottom line... I’m thankful for having been involved in a creative exercise with two extremely creative people who have remained friends through all these years. I am also thankful to Bill for being a great teacher. There was not a day in my career when I did not think of Bill and the things he taught me.

I’m glad the stories are viewable on YouTube. If for no other reason than to let the current generation see what great things could be achieved when creative minds are given three [minutes] to put an interesting story together."