We look into the history of RSF and what it's like today. We revisit The Village— the area's primary commercial district— which includes the Inn at Rancho Santa Fe. 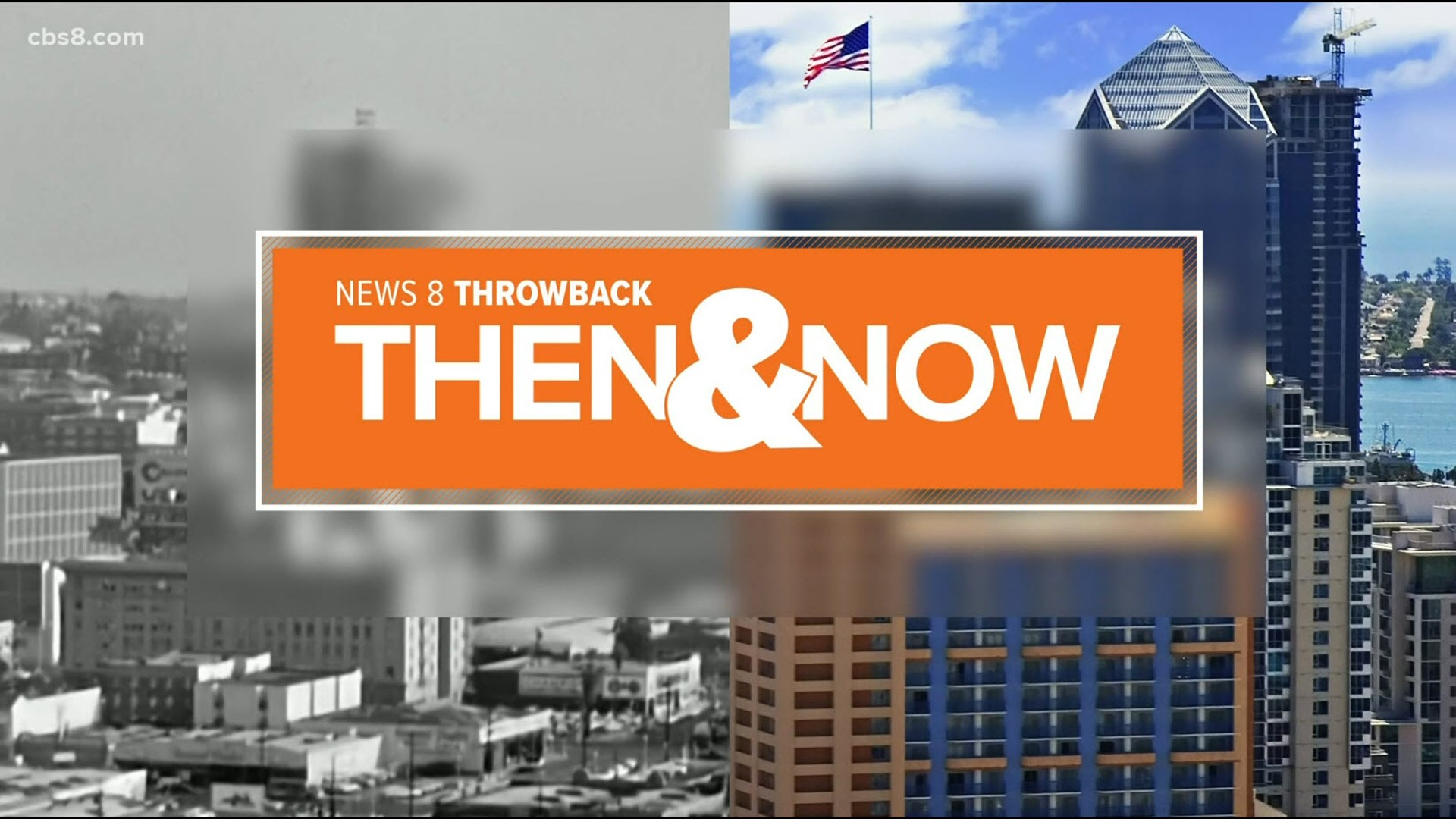 RANCHO SANTA FE, Calif — Rancho Santa Fe is one of the wealthiest areas in San Diego County. It’s been home to the rich and famous, including Bing Crosby, Janet Jackson, Bill Gates and Phil Mickelson.

The white picket fences that lined the streets three decades ago are still very much part of the charm that welcomes you into Rancho Santa Fe today.

"When you drive through the curvy roads getting into Rancho Santa Fe,  and it's like relaxing. It's like you really don't know where you are anymore. You don't realize that you're in Southern California, San Diego,” said Kathy Reese, Director of Sales and Marketing at the Inn at Rancho Santa Fe.

Instead of limousines, these days you'll see luxury SUVs and Teslas are a common sight.

In The Village, the heart of Rancho Santa Fe, memories live on in historic buildings. Gayle Gillies Travel, which we saw in the commercial district in a News 8 story three decades ago, is long gone, but Gayle’s daughter-in-law still works in the exact same office space.

“I'm in real estate and we used to work around the corner, and when I found out we were going to move into my mom-in-law's office, it was amazing,” said Gillian Gillies, adding, “You can still feel her spirit or energy in here, which is a lovely thing.“

There's a lot that has stood the test of time in this exclusive community, often referred to as simply, “The Ranch."

Nestled in lush, rolling hills, the landscape and the lifestyle haven't changed all that much since we featured this slice of San Diego’s North County in 1987. Back then, residents described Rancho Santa Fe as "heaven on earth." Today, people feel the same way.

“We’re the little gem, away from all the hustle and bustle of San Diego,” said Reese.

Rancho Santa Fe was designated as a state historical landmark in 1989. The community was once called Rancho San Dieguito, a Mexican land grant in 1841. In 1906, the Santa Fe Railway purchased the land grant, and in the early 1920s a planned community with a commercial downtown district, called The Village, was developed.

The Spanish colonial-style buildings in The Village and the Inn at Rancho Santa Fe, were designed in 1923 by Lilian Rice, one of California’s first women architects. A bronze statue of Rice was just unveiled this month in The Village green.

A post shared by The Inn at Rancho Santa Fe (@theinnatrsf)

"Almost 100 years later, it is still flourishing; the hotel is flourishing, The Village is flourishing,” said Reese, who described the experience at the historic hotel as a timeless retreat.

“We are the heart of the community. Everybody knows each other. The Inn is kind of like the central meeting place for all the local family friends,” Reese explained.

Only 2,500 people live in Rancho Santa Fe. In fact, there are less than 900 households in the unincorporated area of San Diego County. The sprawling, private estates have always made it a desirable and expensive place to call home.

In 1987, our News 8 report said that a recent study showed Rancho Santa Fe to be the 8th wealthiest suburb in the nation, with an average selling price of $2,000,000.

The most expensive property currently for sale in Rancho Santa Fe is a 77-acre estate, complete with a horse ranch, listed in October 2021 for $98.5 million.

“The market right now in Rancho is crazy as it is everywhere else. The inventory is an all-time low,” said Gillies. "Wealthy buyers are paying top dollar for luxury living, prioritizing quality of life."

“You've got more options now. You can work from home... Families are all gathering in the same home but they don't want to be on top of each other. And the square footage of the houses in Rancho Santa Fe make that work well,” Gillies said.

In our 1987 story, one resident said many people have a view of Rancho Santa Fe as being a bunch of elitists. For decades, people who have lived there have worked to break that stigma.

"Honestly, the people in Rancho Santa Fe are very down to earth. I think you'll find them really interesting because they come from all walks of life. And they've done well,” said Gillies.

With that success, comes a spirit of giving among people in the community. Gillies' mother-in-law Gayle, who owned Gayle Gillies Travel, founded the Rancho Santa Fe Women's Fund in 2004 to give back.

“The Women’s Fund was founded as a way for members to join together in meaningful and engaging ways and to give back to the greater San Diego community," said Gayle, as quoted on the charity's website. Though she passed away in 2019, she left a lasting legacy.

"In the last year, we've given out over $10 million, much of it in the area of COVID relief, helping young military families, and many other causes,” said Chris Sichel, President and CEO of the Rancho Santa Fe Foundation, which has granted more than $100 million dollars into the community.

RSFF is celebrating its 40th anniversary this year.

"I think all of us want to have impact. We want to make other lives better. And I think to whom much is given much as expected, and this community really, really embraces that, and the generosity here is unequaled,” said Sichel.

Most of us will never be able to live in "The Ranch," but you can dine at a restaurant in The Village, enjoy a staycation at the Inn at Rancho Santa Fe, or splurge at the Rancho Valencia Resort and Spa, which was just ranked the number four resort in the country by Travel + Leisure Magazine.

Rooms during this time of the year start at about $1,000 per night, and rates get much more expensive during the holidays and summer months when there’s higher demand.

You can also enjoy a historical walking tour of Rancho Santa Fe and learn more information about its roots and architectural design of its building by visiting the Rancho Santa Fe Historical Society.