News 8 Throwback: The San Diego Chargers first and only Super Bowl appearance in 1995

25 years ago, the San Diego Chargers faced off against the San Francisco 49ers in Super Bowl XXIX in Miami, Florida. 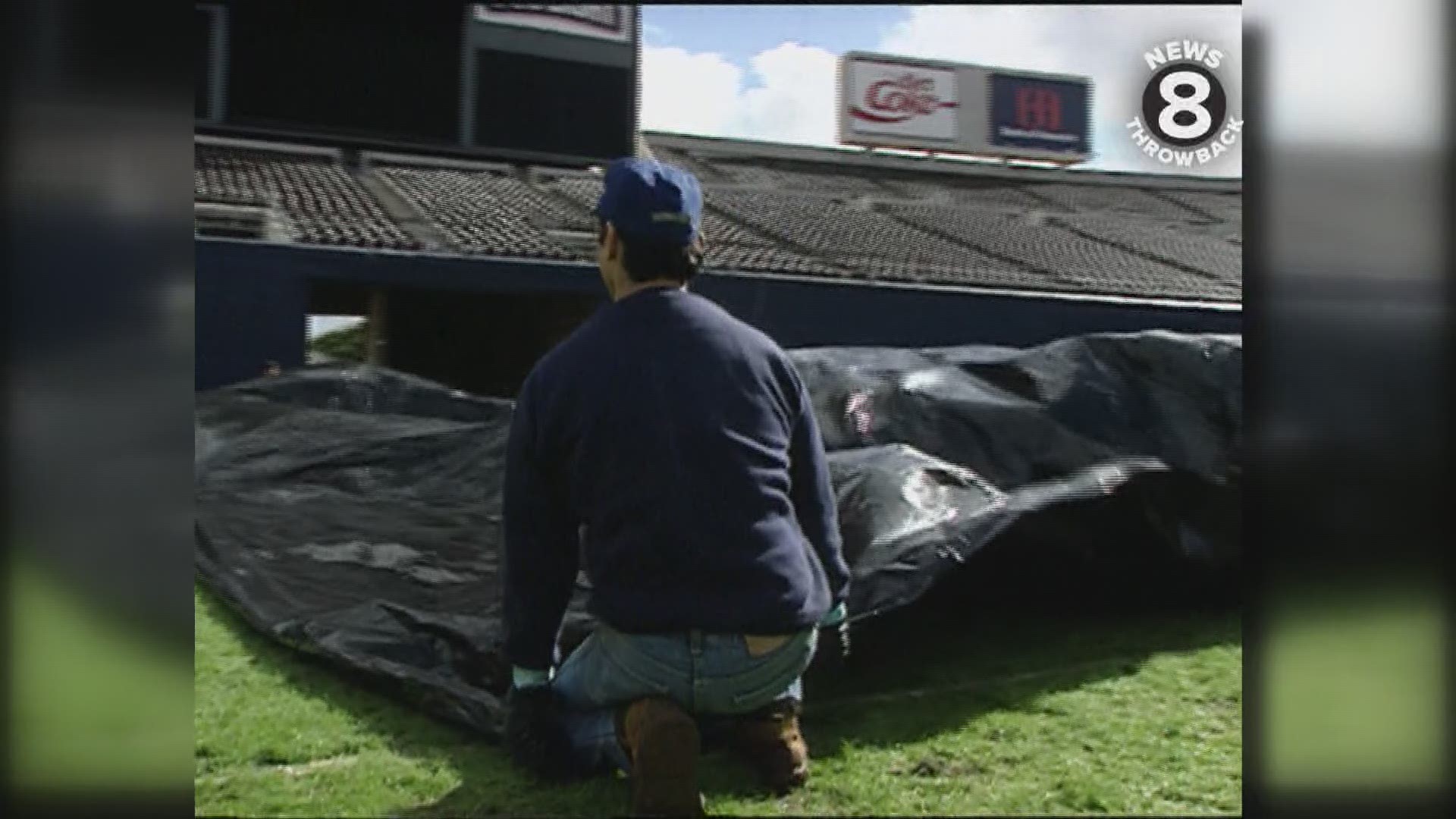 SAN DIEGO — We know many San Diegans have mixed feelings about our former NFL home team the Chargers. But in honor of this week’s big game we’re taking a trip back to one of the happiest times in San Diego Chargers history – the time we made the Super Bowl!

The year was 1995 and players like Stan Humphries and Junior Seau led the team to the big game for the first – and only – time in franchise history. The Bolts ultimately lost to the San Francisco 49ers in Miami, Florida, but we sure were proud of how close they came to taking home the Lombardi Trophy. Interestingly enough, 25 years later the 49ers are in the Super Bowl again this year (with one appearance in between) and this year’s game is again being played in Miami!

Here are some News 8 pieces from that special era in San Diego sports history. We hope these memories are more sweet than bitter to the fans that loved our San Diego Super Chargers.

After the San Diego Chargers bested the Pittsburgh Steelers in the AFC Championship on Jan. 15, 1995, fans in America’s Finest City were ready to celebrate! News 8’s Larry Himmel reported on the team’s homecoming following the game. Over 70,000 fans packed Jack Murphy Stadium for the occasion chanting “Super Bowl” and dancing as they waited to welcome home the players and coaches. Once they arrived, a teary-eyed Junior Seau addressed the crowd to roaring cheers.

When the Bolts made it to Super Bowl XXIX, fans clamored for memorabilia and souvenirs of the historical moment in San Diego sports history. News 8’s Bob Hansen found deals on Chargers goods around San Diego including some homemade wares at the local swap meet. Across the country, News 8’s Hal Clement found even more Super Bowl merchandise in Miami with a bit of a higher price tag.

RELATED: News 8 Throwback: Bolting back in time with the San Diego Chargers

San Diego came to life with Chargers fever ahead of the team’s Super Bowl appearance. News 8’s Judy Hsu found fans wherever she went before the big game. From a stadium send-off for the team to Ocean Beach students composing a special Chargers song, Bolt-mania was in full effect. One of the most memorable moments may have been when fans gathered at Jack Murphy Stadium to create a huge human bolt in honor of our home team.

News 8’s Larry Himmel made the trek from San Diego to Miami to see the Bolts appear in the Super Bowl in 1995. Larry took along a “Super Bowl buddy” and his wicked sense of humor as he made some silly stops along the way. In Yuma, Arizona, Larry found San Diego Chargers fans full of team spirit, in High Springs, Florida, a kind family let our crew do their laundry and even fed them a hot meal, and in South Beach, Larry went looking for celebrities in town for the big game.

Although the San Diego Chargers lost the big game in 1995, fans were still thankful for the excitement the team delivered to the city. Players and coaches were welcomed home with a parade on Jan. 30, 1995. Several commented to News 8 how they were feeling down after their loss to the 49ers but had their spirits lifted when they received such a warm welcome from faithful fans.