Easter 2020 won’t be marked by large gatherings, but we hope you’ll be egg-cited by this look back as you make new memories with family and friends – even from afar. 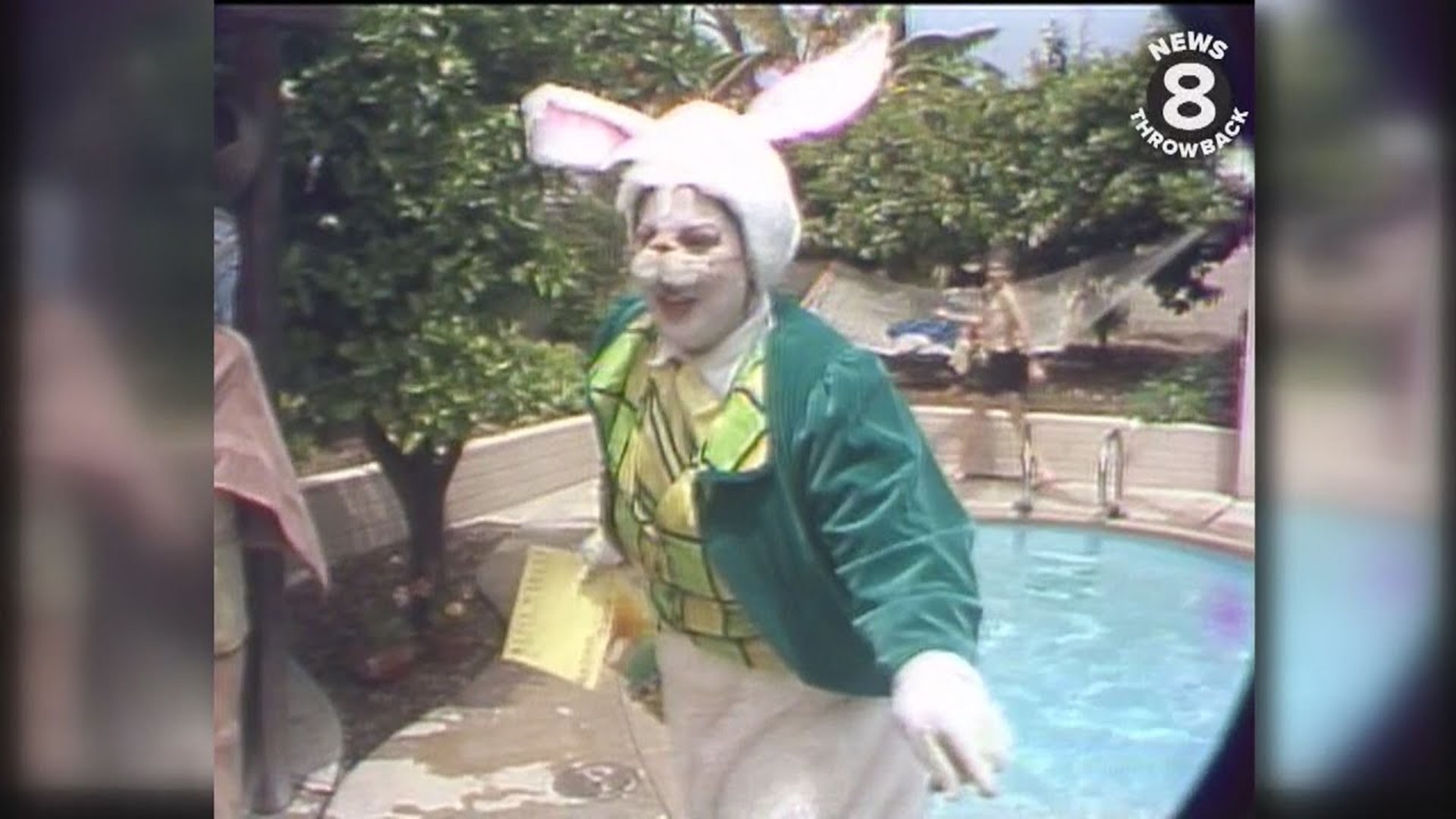 Easter Sunday is almost upon us. While this year’s celebrations may be different than in years past, we hope San Diegans will still find ways to enjoy the holiday in a special way.

For this week’s News 8 Throwback we hopped over to our archives and found lots of San Diego Easter memories from egg hunts to singing bunny telegrams to the history of the Easter egg. The holiday won’t be marked by large gatherings this year, but we hope you’ll be egg-cited by this look back as you make new memories with family and friends – even if it’s from afar.

What would Easter be without colorful eggs? These clips from 1976, 1977 and 1980 capture all the fun and festivity of San Diego Easter egg hunts. The Easter Bunny himself is seen hopping here and there as children search for his hidden treasures over the years. For a different kind of hunt, how many pairs of bell-bottoms can you spy in these clips? Fashion may have changed a bit since the 1970s and '80s but Easter excitement and the sweet smiles of children never go out of style.

The Del Campo family of Point Loma was enjoying their Easter party when an unexpected guest arrived - a mysterious creature - the Easter Bunny! More precisely, it was a performer with Live Wires, a singing telegram company, spreading joy on Easter Sunday on April 15, 1979. News 8's Judy Elfenbein was there to witness the big surprise.

A chilly morning greeted hundreds of worshippers at Mt. Soledad in La Jolla on Easter Sunday 1980. Despite the clouds, attendees of the annual sunrise service sang along from atop the mountain while bundled in blankets. There were swaying and smiles along with messages of hope and inspiration. At the end of the service, many gave donations to help furnish chairs for the next year's event.

School was out for Easter break and the kids of San Diego had no particular place to go. News 8 cameras caught them out and about at the places kids went in 1980 - the ice rink, the arcade playing pinball, Farrell's Ice Cream Parlor, and of course, the beach. Such fun scenes of students enjoying spring break 40 years ago in April 1980 - and not a cellphone in sight!

For a different sort of Easter egg-perience, News 8's Jesse Macias explored the history of the Easter egg for this 1981 report. He found the art of egg-decorating went back hundreds of years starting long before the Easter Bunny hid the colorful orbs. Jesse also found a variety of egg-cellently decorated eggs that year - including a goose egg made in the likeness of then News 8 sports reporter Ted Leitner.

Mt. Helix in East County San Diego held its annual Easter Sunday Sunrise Service in 1993, but the event was not without controversy. While some were fighting to keep the cross where it was - and remains as of 2020 - others felt the symbol of Christianity didn't belong on public land and alienated those of other faiths. News 8 photojournalist Scott Hall shot this photo essay on all the happenings of that Easter Sunday and captured both sides' feelings on the matter.

RELATED: Peeps production stops, but Easter is taken care of