“Around the World with News 8": In the 1980s, some of our news crews ventured far from San Diego for stories in China and the Soviet Union.

SAN DIEGO — This week’s News 8 Throwback not only takes us back in time – but also to the other side of the globe. In the 1980s, some of our news crews ventured far from San Diego for stories in China and the Soviet Union.

These clips are the resulting half-hour pieces on each destination. The News 8 archives include more “Around the World with News 8” features which we will share soon. The next set will show off some more tropical destinations our reporters visited decades ago.

In 1982, News 8 reporter Hal Clement and photojournalist Bruce Patch (who is still at KFMB today!) were sent to China after getting an invite to travel with the UCSD baseball team. They would be the first United States baseball team to visit the country. Hal notes that baseball was just a part of the unforgettable trip which included sampling of authentic Chinese cuisine, conversations with local students, a trip to the Great Wall and much more. See more of Mr. Clement’s memories of the trip following the video.

“It came out of the blue. It was 1982, and UCSD contacted News 8 to ask if we would be interested in sending a reporter and photographer to China with the UCSD baseball team. They would be the first U.S. baseball team to ever visit that country. News director Jim Holtzman asked me and photographer Bruce Patch if we’d be interested in going. The answer was an emphatic “Yes!”

The players were very intelligent, outgoing young men, and they quickly accepted Bruce and me and treated us like other members of the team. Together we would visit a China far different from the China of today, as you will see.

Baseball was only a small part of the trip. Seeing a very different country, having new experiences every day, made this a trip that none of us will ever forget.

It would not have been possible without the wonderful photography and editing by Bruce Patch. His professionalism and humor made the trip better for all of us, and I'm happy to say we remain close friends 38 years later. In fact, when we see each other or talk on the phone, we always begin the conversation with ‘Ni Hao,’ Chinese for ‘hello.’

I worked in San Diego TV news for 41 years, and I’m as proud of this story as any story I ever did. Hope you enjoy it.“   - Hal Clement 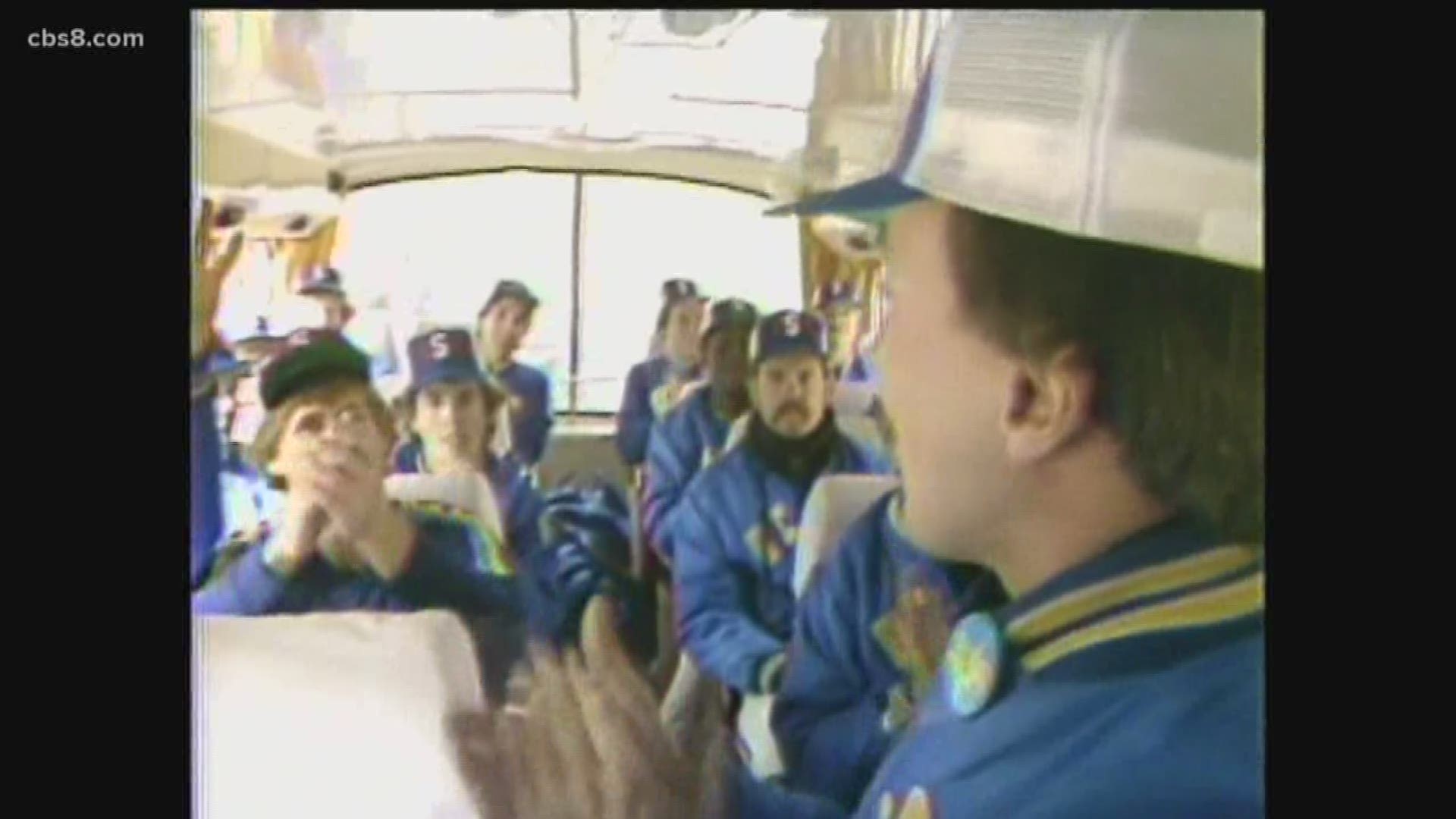 News 8 reporter Liz Pursell was part of a group that traveled with then San Diego Mayor Maureen O’Connor to four Soviet cities in 1988. O’Connor was there to scout artists and performers for a planned Soviet Arts Festival at home. Liz, her photojournalist Dana Levin and sound technician Todd Ward (who is still a photojournalist with News 8 today!) went along for some of the mayor’s outings but also got to explore on their own. Liz called the trip a highlight of her career and shares more of her memories following the video.

“Traveling to the former Soviet Union in 1988 was one of the highlights of my career and a learning experience that gave me a unique perspective on life and politics in that part of the world, then and now.

As a Channel 8 reporter, I was part of an entourage that accompanied Mayor Maureen O’Connor to four Soviet cities—Moscow, Leningrad, Kiev, and Tbilisi, Georgia. The Mayor was on a mission to scout out artists, performers and cultural treasures to bring back to San Diego for a planned Soviet Arts Festival. Media and key players in the local arts community went along for the ride.

And what an adventure it was! My hardworking and talented crew included photographer Dana Levin and sound technician Todd Ward (also a photographer). The three of us worked together around the clock, and by the end of the trip we weren’t just coworkers, we were family.

While our crew sometimes traveled with the mayor, often we struck out on our own.

We didn’t have the luxury of traveling with a full-time translator, so I learned Russian, enough to read a few signs and ask directions. It was surprising how many people spoke at least a bit of English when we attempted to communicate in their language.

In the 1980s, the Soviet Union was experiencing great political and cultural change. President Mikhail Gorbachev’s ‘perestroika,’ triggered a chain of events that ushered in a more open government and a less restrictive society. We witnessed a pivotal time in Russian history.

Three decades later, Leningrad is now St. Petersburg and Kiev and Tbilisi are no longer governed by Russia. The dreary, spartan Moscow we visited, is the most expensive city in the world. How times have changed.”  - Liz Pursell