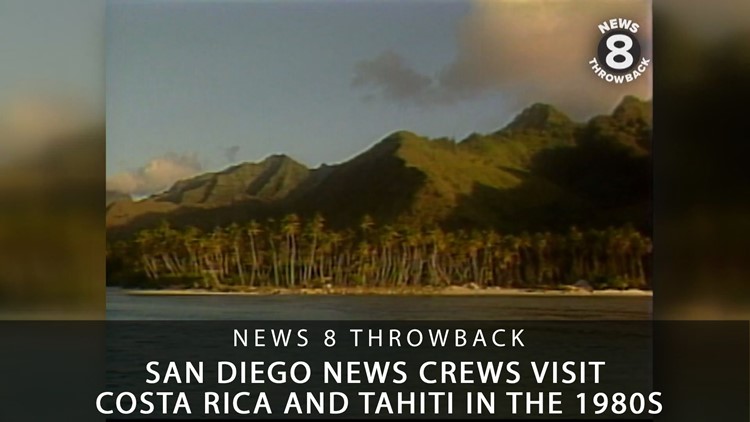 SAN DIEGO — Once again, this News 8 Throwback not only takes us back in time – but also to the other side of the globe. Last month, we featured two “Around the World with News 8” pieces from a trip to China in 1982 and a voyage to the Soviet Union in 1988.

This time you’ll want to pack your swimsuit as the destinations are more of the tropical variety. In the 1980s, our news crews also traveled from San Diego to Tahiti and Costa Rica. These clips are the resulting half-hour pieces on each destination.

In 1987, News 8’s Ted Leitner and photojournalist Ron Johnson took a trip to Tahiti showing off the sights and sounds of the beautiful island of Mo’orea. Ted spoke to tourists from around the world who shared the different things they loved about the area. On day two of the trip, our sportscaster tried some water sports and found a little trouble when starting to waterski. For day three, Ted took an adventure under the waves with some spectacular sea life. The fourth part of Ted’s trip to Polynesian paradise focused on the history of the island and how it had been featured over the years in movies. To round out the trip, our crew covered Tahiti’s nightlife and entertainment.

News 8 reporter Doug McAllister, photojournalist Charles Landon, and producer Juan Carlos Aviles traveled to Costa Rica in 1985 as part of a press junket with the Costa Rican Government. The crew explored the different attractions of the Central American country and spoke to tourists about their experiences. They also looked at the area’s economy and struggles. McAllister reported on unrest in Costa Rica as their neighbors to the north in Nicaragua were at war with the Contras. Producer Juan Carlos Aviles wrote about his memories of the trip which follow below the video along with photos from the trip.

"A half-hour before landing, the pilot of the Costa Rican Airline invited us to the cockpit to videotape the crew in action. This was 1985, when flying was actually fun and the aircrew would leave the door open, giving passengers a look ahead at the wild blue yonder. We were taking part in a press junket with the Costa Rican Government. News crews from San Diego and Los Angeles were on the plane, flying for a week-long adventure to the cities and jungles of Central America.

It was the month of June, the time of year few visitors come for relaxation. Two words best describe what we felt when we stepped off the plane, hot and humid. I traveled with KFMB reporter Doug McAllister and photographers Charles Landon, who was shooting on a HL 79 Ikegami ENG camera and a NIKON 35mm SLR. All the TV crews and writers were enjoying the special treatment and delicious food. But one reporter had a complaint. There were never any towels in the different hotels she stayed in, throughout Costa Rica. The reporter would say, “You are not giving me towels, Why?” And the different hotel managers would shrug their shoulders.

But after three-and-a-half days covering the hot spots for tourists and interviewing the Vice-President, we broke away from the crowd. No one seemed to be covering what was really happening in the northern part of Costa Rica. Nicaragua was at war with the Contras, a U.S.-backed right-wing rebel group. And Charles Landon wanted to get the real story in Costa Rica. 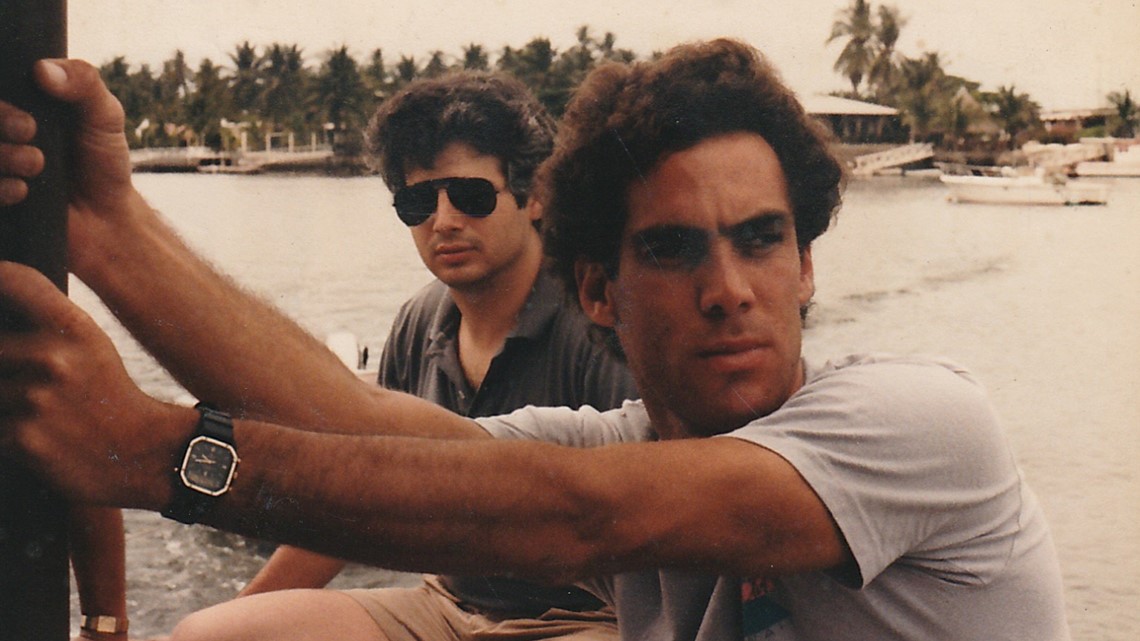 Early one morning, he got up before us and went by the airport in San Jose to get a rental car. That’s when he saw a huge plane, a C-130 U.S. military aircraft with a cargo of guns and whatever else it was carrying. The crew was wearing civilian clothes. Later on we found out the pilots and crew were American ex-military. They were resupplying the U.S.-Contra rebels fighting the war in Nicaragua.

Later that morning, we drove north to the border with Nicaragua. After chasing the story for hours, we found a secret base. We came upon the gate so fast, that soldiers greeted us with guns pointed. We jumped out of the car with our hands pointed up. Marines were training Costa Rican troops in the jungle a couple of miles from the border. As it turns out, the commander of the camp was an Ocean Beach, California resident who was also a surfer just like Charles. So we got along really well with the commander. He allowed us to shoot video of the compound from the gate. The next day we also found a refugee camp made up of Eastern Nicaraguans who came south to escape the fighting. The kids were dressed in rags. The living conditions were horrible and the food was not fit for a dog. These people were hanging on to life and there was little outside help.

Back in San Jose, we decided to go bargain hunting for mementos. Charles brought the Nikon camera to take still pictures. He got photos of people walking and window-shopping in the downtown area. That’s when we spotted two plain-clothed American men with crew-cuts and soldier-looking shoes. We followed them, taking photos of the two. Then suddenly, one of then grabbed Charles’ camera and exposed the film. But we had extra film, so we reloaded the camera and continued shooting.

We took a plane back to Los Angeles the next day. At LAX, a member of our group was acting kind of paranoid going through customs. The woman reporter opened two suitcases and guess what was inside? Her luggage was full of hotel towels from Costa Rica. She just smiled, as the custom inspector scratched his head. Our five-part TV Story aired two weeks later. Later that year, we sent a copy to Congressmen holding hearings on U.S.-backed right-wing Contra rebels. Nothing came of it, but the memories of the trip are with us forever. Here is a shorter version of what aired in June of 1985." - Juan Carlos Aviles