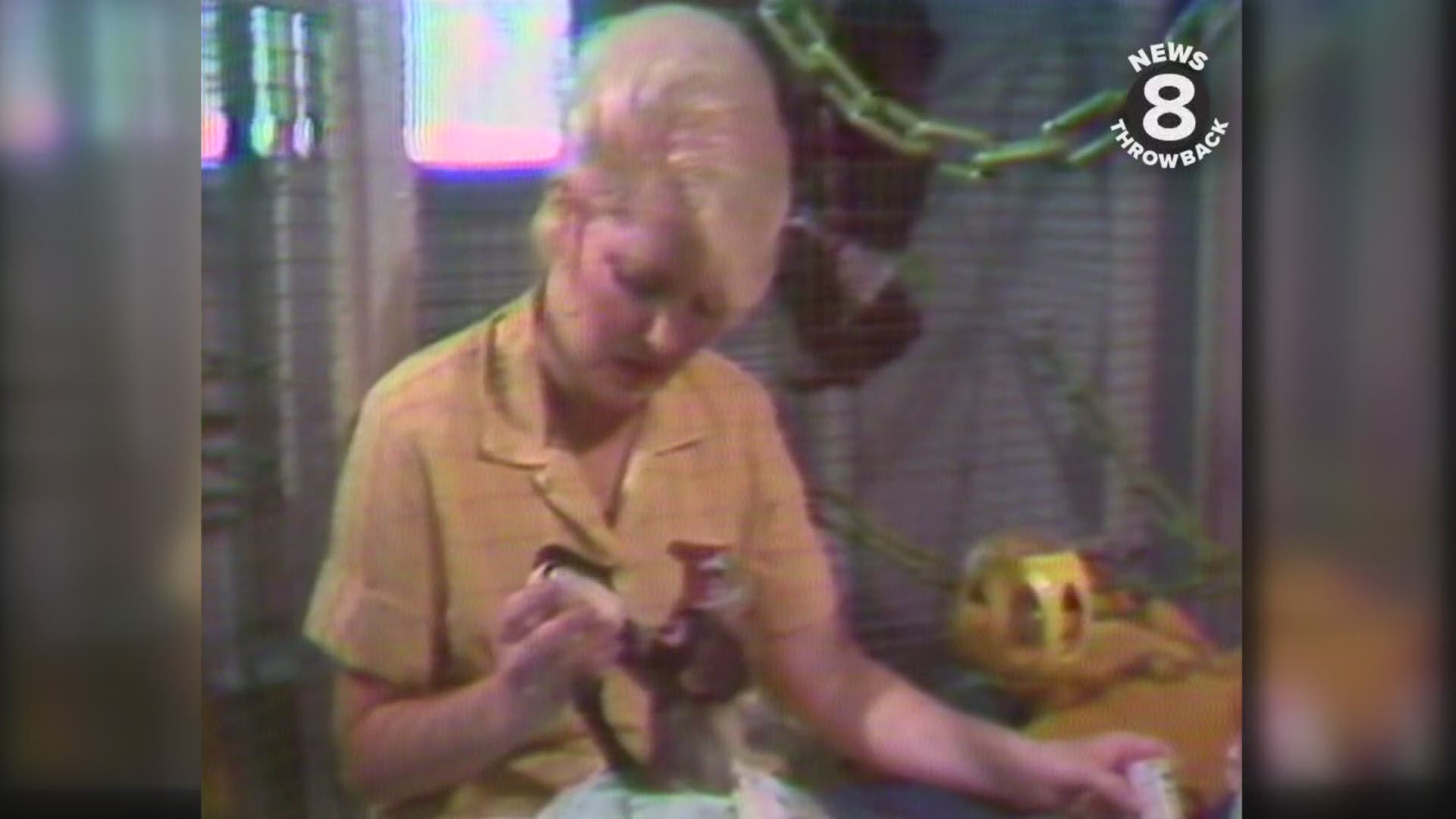 SAN DIEGO — For locals and visitors alike, San Diego is full of things to see and do. Some of our most popular attractions feature animals from around the globe who have come to reside in America’s Finest City.

The News 8 archives hold a treasure trove of videos perfect for animal-lovers and we’re excited to share these glimpses of animal attractions over the years. From the world-famous San Diego Zoo’s baby nursery to the man behind the San Diego Zoo Safari Park (formerly known as the San Diego Wild Animal Park), these clips of wild beasts and furry creatures are sure to make your heart feel warm and fuzzy.

On a rainy day in spring 1978, News 8 took a trip to the San Diego Zoo to see how the animals were faring in the wet weather. Camels, flamingos, a blue bear aptly named Blueberry, and the seals all seemed to take the rain in stride while prairie dogs, koalas, and elephants enjoyed it a bit less. News 8’s Carol Kendrick found the spider monkeys were still showing off even with a smaller audience that day.

RELATED: San Diego Zoo penguins get their own reality show

In 1978, News 8 visited the San Diego Zoo’s nursery to see all the sweet and cuddly baby animals. From tiny spider monkeys to twin orangutans begging for attention, this video has an abundance of adorableness. News 8’s Carol Kendrick interviewed one of the little ones’ surrogate mothers who shared details about caring for the zoo’s youngest – and cutest – animals.

This video includes three stories on precious penguins in San Diego. We start in November 1977 when a special arrival touched down at North Island as 100 penguins made their way from Antarctica to SeaWorld San Diego. The cabin of the jet carrying the animals had to be kept at 16 degrees below zero.

“That’s like flying from here to Tokyo and back in a refrigerator,” News 8 reporter Gene Gleeson quipped.

Next, the birds were loaded into refrigerated trucks and taken to their new home at SeaWorld for a research project.

The next clip from December 1977 features some Adélie penguins artificially hatched in a SeaWorld San Diego incubator. The baby birds were being hand-reared by the staff at the park and News 8 reporter Janine Tartaglia tried her hand at feeding one of the picky penguins.

The final clip here from March 1980 features a penguin born in Seattle, Washington, named Rotundo who joined other birds at SeaWorld San Diego. She had been raised by humans and the staff at the park hoped being with their penguins would make her more comfortable with her own species. Rotondo looked very comfortable with News 8’s Jim Gordon sitting at his knee and looking up at him at the end of this piece!

RELATED: Future no longer hopeless for this hopelessly cute otter

This look behind-the-scenes at the San Diego Wild Animal Park (later renamed the San Diego Zoo Safari Park) came in May of 1981 when the park was just 9 years old. News 8 interviewed the park’s creator, Charles Schroeder, about his vision for what the San Diego Zoo created in the San Pasqual Valley area near Escondido. Then 80 years old, the former zoo veterinarian said he had no plans to retire and smiled proudly when talking about making his dream for the park come true. Schroeder passed away in 1991 leaving behind a legacy of caring for animals and working to protect endangered species at both parks.