San Diego is full of well-known landmarks & beautiful attractions that appeal to locals and tourists both. What are your favorite memories from these beloved spots? 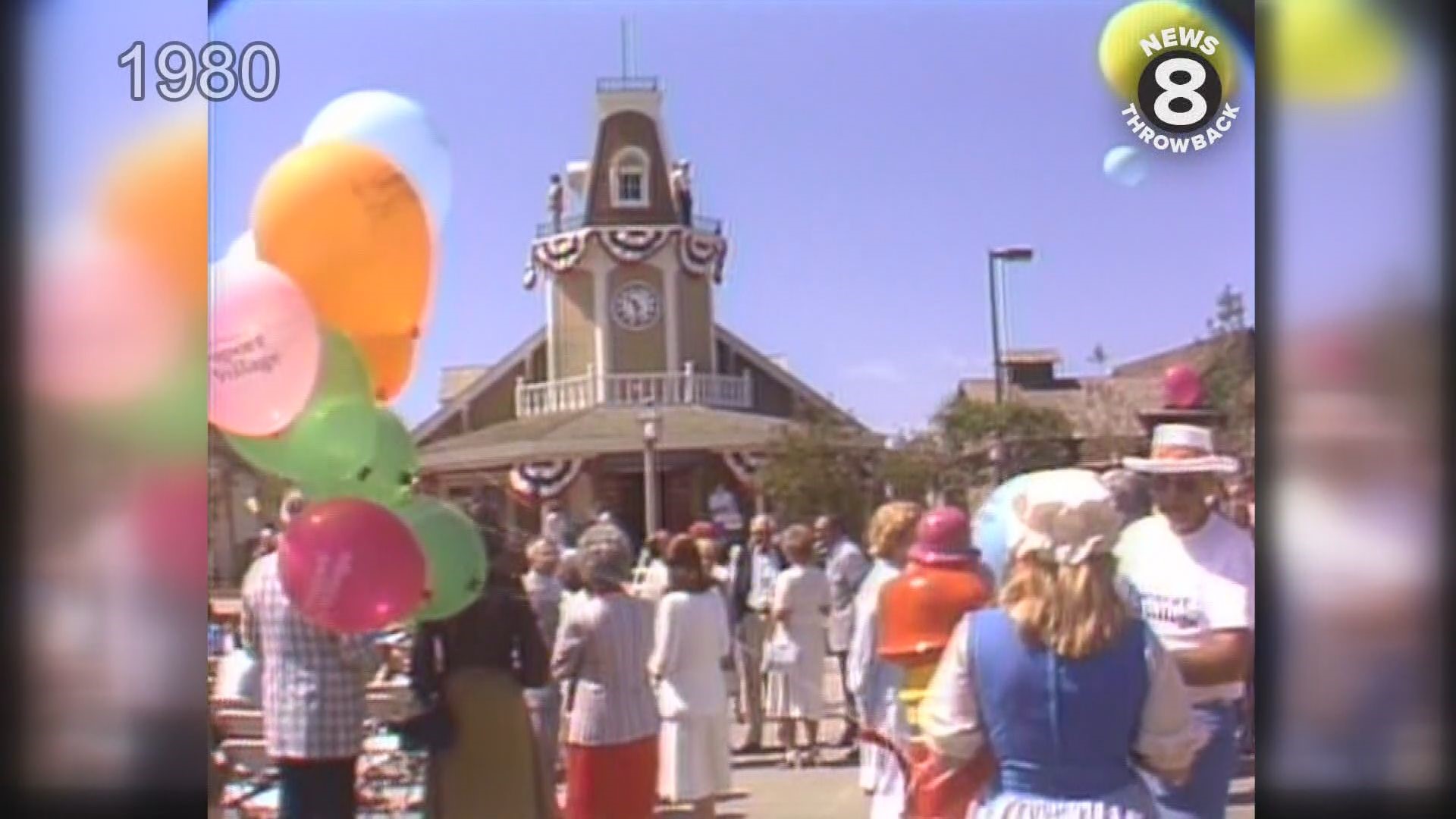 SAN DIEGO — San Diego is full of well-known landmarks and beautiful attractions that appeal to locals and tourists both. This week's News 8 Throwback gives us a look back at four of note from over the years: Crystal Pier, the Giant Dipper Rollercoaster at Belmont Park, Bazaar del Mundo in Old Town, and Seaport Village.

What are your favorite memories from these San Diego spots?

In 1977, the city of San Diego was deciding the future of Crystal Pier and its motel – which had been staples of San Diego’s coastline for nearly 60 years. City engineers were concerned about the erosion of the pier and deemed it a danger to walk on, let alone stay overnight on. Fast forward 30 years and the Crystal Pier was still intact for tourists and locals alike - as News 8’s Shawn Styles reported for Valentine’s Day 2007. The pier’s cottages had just been named amongst the Top 10 Most Romantic Cottages by Sunset Magazine and Styles took a look at the history of the pier and its accommodations. As of 2020, many are still enjoying all that Crystal Pier in Pacific Beach has to offer.

San Diego’s Seaport Village opened in 1980 with a celebration featuring entertainment and fanfare. News 8’s Loren Nancarrow reported on the new development which promoters called it the first big tourist attraction to come to the city in 10 years. Architects designed the area to look like an early California port. Thousands of people turned out for the opening of the $14-million project which the city hoped would draw locals and visitors downtown. Forty years later, many locals have wondered what may be next for the area.

These reports from the 1970s, ‘80s, and ‘90s, take a look back at the rise and fall and rise again of San Diego’s Belmont Park, and in particular, its famous roller coaster. In 1978, News 8 reported on the Giant Dipper Roller Coaster and how it had fallen into disrepair after the park closed two years prior. Homeless people sought refuge on the property sometimes starting fires and leaving trash behind. In 1980, the city of San Diego was planning to tear down the rollercoaster structure in favor of a passive park area, but a man named Bill Evans was working to save the coaster with a plan to revamp the entire area for $2.5 - $3 million. In 1987, work to dismantle the coaster began much to the dismay of San Diegans who grew up with the iconic ride. But come 1990, the Giant Dipper had found new life after a complete restoration. Kids and families were pleased to get back on the coaster and lined up with beaming smiles to take a trip on the tracks.

These clips look at the history Bazaar del Mundo – a concession of shops and restaurants which later moved around the corner from its original spot in Old Town and remains today. In 1981, News 8’s Jim Gordon reported on issues between the original Bazaar del Mundo – which then included 19 shops and restaurants – and the state of California over how much should be paid the state to operate. At the time Bazaar del Mundo was grossing $10 million a year and rent for the complex was $3,600. Negotiations were being held to decide what percent of the gross should go to California. In 2005, Carlo Cecchetto reported on the end of Bazaar del Mundo’s lease and the changes that were planned for the area. Delaware North Companies had won the bid for the lease and planned to create a more authentic, historically accurate representation of the early days of San Diego. It was renamed Plaza del Pasado but was not particularly successful. Old Town Family Hospitality Corporation took it over in 2009 and the area is now known as Fiesta de Reyes. The Bazaar del Mundo name lives on with several shops and four restaurants.